Freshness in drinks - what does it actually mean?
by Charles Spence / 11 November, 2021 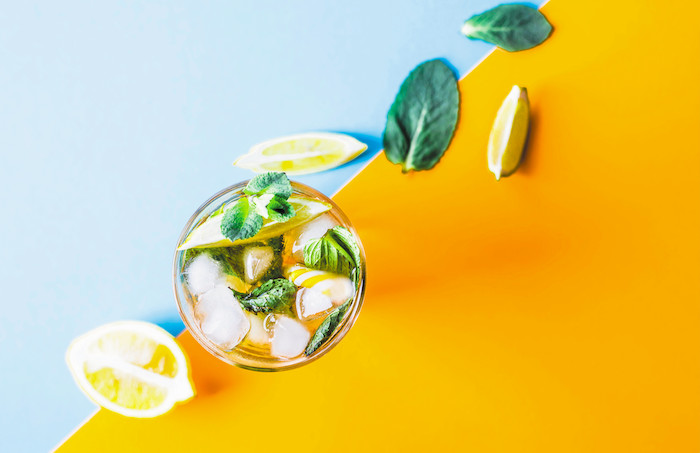 Freshness is on-trend, but what exactly does the word mean? Professor Charles Spence navigates the subject in search of a brave new world.

It certainly feels as though everyone’s talking about freshness these days, and the world of mixology is no exception. But the fact that freshness is very much on-trend doesn’t necessarily mean it is clear what, exactly, is being referred to, or whether, in fact, people are actually talking about the same thing. Indeed, listen closely, and it would seem that sometimes people use the term when talking about the taste of a drink while, at other times, they seem to be referring to the status of the ingredients instead. There are, though, other uses of the term, as when people talk about a drink that has been freshly made. And, then again, sometimes you get the sense that what people are really after is a drink that is refreshing, regardless of when exactly it was ‘made’.

Given that ‘freshness’ sells, it should come as little surprise to find that Pernod Ricard, the global drinks company, recently funded a PhD on the topic at the Paul Bocuse Cookery School at Écully, just outside Lyon, France. I was lucky enough to have the pleasure of advising the candidate, Jeremy Roque, in his quest to understand the multisensory contributions to freshness in mixed drinks, including cocktails. Roque’s early attempts to nail the colour of freshness failed to turn up anything of note, though he did manage to demonstrate that the sight and sound of carbonation help signal that a drink has been freshly made (and, more importantly, that the carbonated drink wasn’t flat). While some researchers have argued that there are more and less refreshing colours as far as drinks are concerned, it turns out, on closer inspection, that we always see colour in context. What this means in practice is that one and the same colour may be associated with black coffee or Guinness on the one hand (ie, not at all refreshing) or cola on the other (a drink that is considered refreshing by many) – it all depends on the context in which it is presented.

Roque’s thesis defence, held in December of last year, was a little unusual in that the post-viva party included a couple of cocktail stations where drinks that had been designed to capture the multisensory science of freshness were being served. I can still remember the distinctive zing of ginger and a twist of grapefruit in one of the drinks. While, technically speaking, water might well be the ideal solution for those who are literally dying of thirst, it is the arousing/energising elements such as ginger, citrus, mint, and rosemary that can really help to give one a mental lift and hence refresh our minds (or should that be spirits) as much as our mouths. At the opposite end of the spectrum, those looking to deliver something fresh probably want to avoid cream-based cocktails. A drink that gives a certain oily or fatty mouthcoating or feel really isn’t what you want. Rather, acidity on the palate and/or a hint of grassiness on the nose feel much closer to the mark as far as freshness is concerned. Or maybe you could try what we were working on (unsuccessfully, it has to be said) for nearly two decades for one of the world’s largest food and drink companies – namely, the smell of the earth after it rains. After all, what could be fresher and more natural than that? Our plan, had it been successful, was to add this aroma to the rim of bottled water drinks.

What I also hazily remember from Roque’s defence party was that each of the freshly-made drinks had been garnished with a sprig of fresh herbs, deliberately one might presume. While often considered little more than an aromatic flourish to complete a serve, a respectable body of cognitive neuroscience evidence now suggests that a customer’s impression of a drink as a whole may well be subtly biased in the direction of freshness by such simple decorative touches. And should a drink merit a sprig of mint, then it may be possible to tap into a whole other world of freshness, associated with the dental hygiene category – or, then again, perhaps not.

Who among us hasn’t fallen for the notion of a glass of freshly-squeezed OJ? And freshly-made is an equally desirable aspect of cocktails too. In perception terms this is perhaps the one missing piece of the pre-mixed cocktail. Now, this is true even if there are solid grounds for serving a drink pre-mixed – as according to top cocktail maker Ryan Chetiyawardana, when we were on stage together in Selfridges a few years ago. On that memorable occasion, he was arguing that pre-mixing enabled him to exert exquisite control over the ingredients, some of which may only be needed in miniscule proportions – too tiny to measure out accurately in a single serve. In the case of the pre-mixed cocktail, though, I suspect it isn’t so much the ‘freshness’ of the taste that is missing as the theatre/spectacle of the freshly-made cocktail that is lost.

Ultimately, therefore, while we may be none the wiser as to what, exactly, freshness means, it is clearly a concept that resonates in the mind of the drinker. There are undoubtedly a number of desirable aspects to the concept, involving the freshness of the ingredients as well as, perhaps, the freshness of the serve. And while a cocktail probably isn’t the first thing that comes to mind for those with a raging thirst, there is a sense in which a well-chosen cocktail really can serve a role as a refreshing aperitif – the ideal solution as far as getting the mind as much of the mouth of the drinker ready for whatever may lay ahead. Ultimately, therefore, what is considered refreshing is very much context dependent.

In the end, if you’re a cocktail maker who’s eager to please his/her clientele, then I’d argue you’d be well advised to try to find something that meets the growing consumer desire for freshness, whatever it might be.