The other fortified: Madeira wine explained
by Joe Wadsack / 20 September, 2021 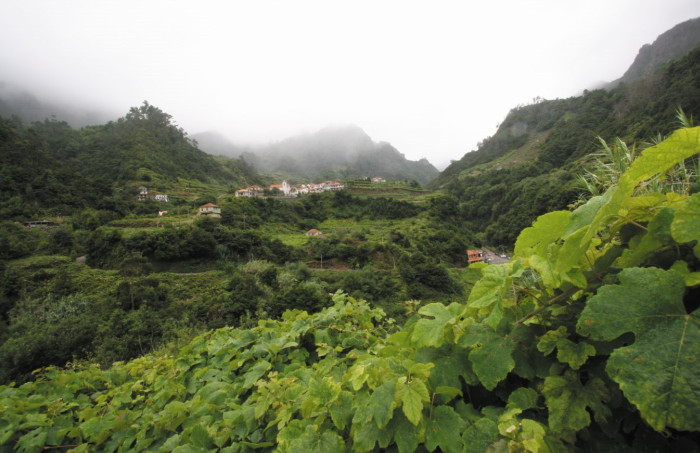 In researching Madeira, Joe Wadsack debunks some of the myths to find a rich, fresh wine that complements many cocktails.

Madeira is so shrouded in old-school chic and so infrequently encountered in the everyday wine world that we often forget to mention it at all. I had read about it in my studies, or perhaps heard reference to it in a ’60s Bond film, or seen it on the pages of a Jeeves and Wooster story, but that was it. What had I learned? I had no idea what it tasted like. All I knew was that it could be very old and it could make you very pissed.

My first encounter was when working at Oddbins. I’d never bothered learning about Madeira as I considered it to be extinct, not just out of fashion. But we then witnessed the ‘Delia fffect’. Our beloved TV kitchen goddess, Delia Smith, had demonstrated a simple dish of chicken livers on toast, flambeéd in sweet Madeira (known ubiquitously as malmsey then). It became the catalyst through which the whole upper/middle-class world and their housekeeper learned about Madeira. No surprises then that it comes from the beautiful Portuguese island of the same name. Why the hell is it so special? It was created by fortifying strong table wine to protect it from the arduous journey by ship, often halfway around the world. The extreme heat, moisture and rolling motion magically changed the character of the wine in transit, something that Madeira producers only discovered many years later when an unsold shipment was returned to the island.

What in fact was happening was, by being partly protected by the oak barrels it was being shipped in, the wine was being lightly heated and oxidised to the point where not only had it taken on immensely complex and beautiful dried fruit, and caramel and even coffee notes, but the freshness had been preserved. Any wine that appears to be completely oxidised and ‘off’ is described, for better or for worse, as ‘Madeirised’. This is now artificially replicated by various heating and storing processes known collectively as the Estufagem process, in order that these special fortified wines take on the magical flavours those early wines did during their transport to foreign markets.

When I was too young to drink, I always associated Madeira with the image of elderly ladies sitting in dark drawing rooms, sipping an amber liquid out of a thimble-sized schooner glass, perhaps around a piano. I couldn’t have been more wrong… Madeira, ladies and gentleman, is hardcore. It is the most hardcore. It is the Islay to the whisky and the baijiu to the light Chinese dumpling lunch.

Even an entry-level premium Madeira has an incandescent light source at its heart (I strongly recommend Henriques & Henriques Madeira Sercial 10 Year Old from Waitrose at £19.99). It is so imbued with quiet power and freshness that it works as the first drink before lunch and the last drink at night. The flavour goes on longer than old scotch but makes your mouth water and your hair stand on end with a zing you could only wish for in your tarte au citron.

There are four so-called noble varieties of Madeira that dictate different styles, increasing in sweetness as you go. Sercial, Verdelho, Bual and Malmsey (aka Malvasia). Occasionally you may come across Terrantez, Bastardo and Moscatel but disease continues to make them scarcer. The reality is that 85% of Madeira isn’t made from any of these varieties, but from a much more profitable red grape called Tinta Negra Mole. If the label doesn’t have a grape variety on it, this is what it’s probably made from. It is inferior, but is capable of making acceptable youthful Madeira and, as most of it will be thrown over chicken livers in a hot pan, well…

The fuss really reaches a climax when we start talking about the best and oldest of Madeira’s extraordinary wines. By the time the wine is bottled, it has been aged and carefully exposed to heat in special lofts over many decades, in some cases. Old special Madeira costs as much as old rare whiskies. The argument has always been that you needn’t drink a bottle of whisky in one sitting, but with wine you do. Well folks, Madeira doesn’t go off. At all. A friend once left an open bottle of 60-year-old Madeira (Blandy’s Bual 1957, rrp £550) on the side of his Aga (yes!) before going skiing for a week. On his return, after a brief moment of shock, he put the wine, re-stoppered, in the fridge and tried it later. It had not changed – still miraculously fresh, intense, vital and complex. He continued to enjoy that wine, in small amounts, over two years without loss of quality.

So, how about Madeira’s suitability for cocktails? Well, there are three characteristics of Madeira that can be exploited behind the bar. First, compared to any other wine-based drink, it has an unusually high acidity, which is much closer to the typical acid balance of a cocktail. The citric tang and freshness of a typical fresh Margarita or Daiquiri-style cocktail isn’t hampered by the addition of Madeira, particularly the drier styles, while it adds immense complexity to the final result. Second, the rich texture and combination of savoury tones give a highly mineral, almost briny, tone to some drinks, adding umami and savoury satisfaction to a cocktail.

Finally, Madeira is one of the most intensely flavoured and characterful drinks in the world with a mere 20° alcohol. It can be used to reduce the overall abv of a cocktail without any sense of dilution, in some recipes replacing a spirit altogether. For winos like me, it’s weird to be referring to Madeira as low alcohol but, in the context of the experienced bartender, Madeira is exactly that. It also lends itself to being an ingredient in big ticket cocktails due to the stability and slow perishability of the drink, minimising concerns of wastage.