Green wash: the spirits made from waste ingredients
by Clinton Cawood / 05 August, 2021 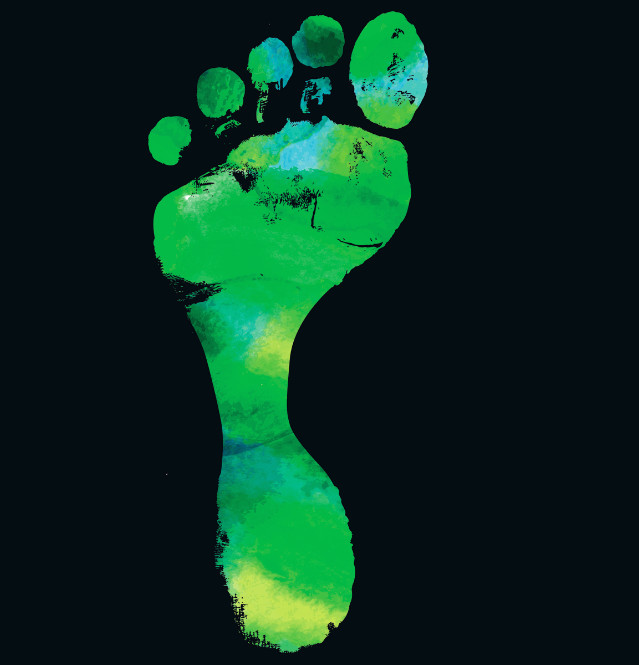 Creating infusions from waste ingredients is an established practice in bars, but what about in spirits production? Clinton Cawood reports.

Environmentally-friendly practices in bars have come a long way in the past few years. Until recently only a select few were finding new ways to use surplus produce, reducing their carbon footprints and doing what they could to reduce packaging waste. Nowadays everyone’s doing it.

Spirits brands were on board, to an extent, with a number having some sustainability credentials. But now there’s a growing number of distillers following in the footsteps of those bartenders that have been turning citrus peels and foraged botanicals into cocktail ingredients. Specifically, more are turning their attention to surplus and waste materials, both as botanicals and as raw materials to produce spirits.

These are well timed, both for bars looking to be more sustainable in every aspect, and for customers who are increasingly expecting it.

This is certainly the case at Schofield’s Bar in Manchester. “We get questions about it all the time from our guests,” says owner Daniel Schofield. “We’re thankfully seeing a lot of the larger brands and the smaller independents doing all they can – this has definitely changed in recent years.”

“Sustainable drinking is definitely a lot more commonplace now, and long may that continue,” agrees Sasa Ruvidic, bar manager at London’s TT Liquor. “We’re always trying to cut down on waste and reduce our footprint as much as possible, so we like to support the growing number of brands, often independents, that share that ethos.”

At London’s Little Bat, sustainability has become a priority, and assistant general manager Bruce Govia thinks this has the potential to transfer to the bar’s customers. He compares it to the Negroni, and its popularity first among bartenders. “Now, many years later, our guests are obsessed with them. If we can replicate this in the context of sustainability it would be beautiful,” he says. “More needs to be done and education is the key.”

Dylan Bell of 58 Distillery in London’s Haggerston also sees the potential for the company’s latest initiatives to help spread the word. “It’s a conversation starter. You want someone to encounter a spirit made from a waste ingredient in a bar, and then think about their waste ingredients at home,” he says.

The distillery is currently working with local venue The Spread Eagle, London’s first entirely vegan pub, to create a range of spirits from surplus ingredients from its bar and kitchen. There’s a coffee vodka from spent grounds in the works, and a spirit made with leftover citrus from the pub’s in-house lemonade.

Distillery, notably the apples used as a botanical in its Apple & Hibiscus Pink Gin. “There’s a serious problem when it comes to waste in apples in the UK. We take apples that are either too big or too small, or have a tiny blemish…” says Bell.

Another recipient of produce that supermarkets won’t accept is Kent’s Greensand Ridge, one of the UK’s pioneering sustainable distilleries – to the extent that it decides what products to make based on what surplus ingredients are available.

There’s clearly vast, untapped potential for making use of wonky or surplus produce as botanicals for gin, but others have set their sights on the base spirit. Japan’s Ethical Spirits recently used Budweiser made surplus by the Covid pandemic as a base for gin. Vietnam’s Brewstillery, set up to distill craft beer, recently added a gin made from surplus Heineken.

Back in the UK, Castle Rock Brewery had to get creative when the pubs were closed in 2020, teaming up with a local distillery that helped to create Castle Rock Beer Gin. “The volume of surplus beer was heartbreaking,” says head of brand and communication Olivia Auckland.

Again, the potential, using beer and a variety of other surplus produce too, is massive. Foxhole Spirits not only uses unused oranges from supermarket production lines as a botanical for its Hyke Gin, but surplus table grapes to distill the base for it too. There’s a sustainable angle, but managing director and co-founder James Oag-Cooper reckons the gin itself benefits too.

“These raw materials have beautiful flavours that you can’t get from neutral grain spirit,” he says.

Scotland’s Arbikie has been a leader in finding climate-friendly solutions, most notably through its Nàdar Gin. The peas used to make its base spirit require no synthetic nitrogen fertiliser, and are said to have a positive impact on their ecosystem generally.

Another pioneer is William Grant’s Discarded, initially launched in 2018 with a vermouth made using the discarded fruit of the coffee bean, cascara. The range now includes a Banana Skin rum and Grape Skin vodka.

“What I find most fascinating is how reusing creatively unlocks flavours and essences that were previously untapped. There is a world of ingredients just waiting to be uncovered,” says Discarded’s UK ambassador Calum Fraser.

Reducing waste while creating spirits that are both sustainable and more interesting – we might just look back in a few years and wonder why everyone wasn’t doing it.