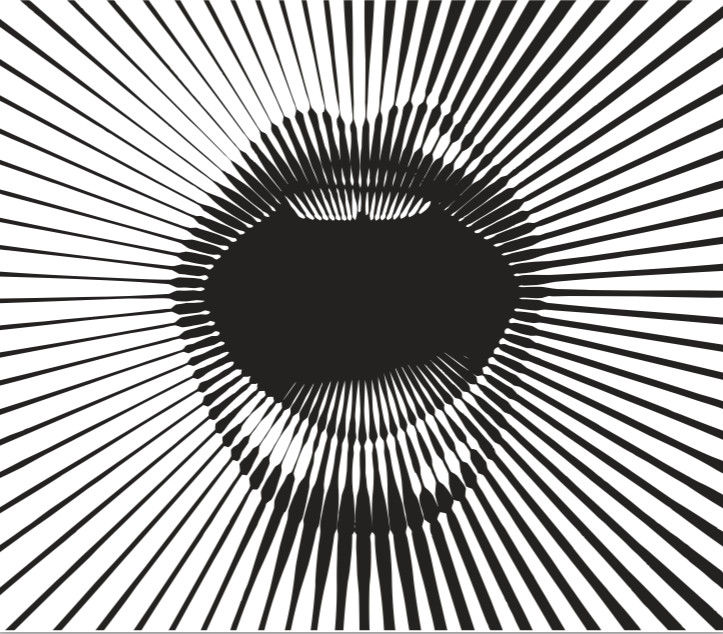 It must have been 15 years or so now since the famous North American food writer Jeffrey Steingarten, author of The man Who Ate Everything: And Other Gastronomic Feats, Disputes, and Pleasurable Pursuits and It Must’ve Been Something I Ate, as well as food critic at Vogue since 1989, came to the Crossmodal Research Laboratory in Oxford, chaperoned by none other than top chef Heston Blumenthal, whom he was visiting at the time. Steingarten was somewhat out of sorts to begin with, as Heston had been putting his new high-powered motor through its paces on their way up from Bray.

On their tour of the lab, I gave Steingarten a tasting strip to assess his taster status. When placed on the moist tongue, these strips of white filter paper, coated with a bitter-tasting chemical such as PROP or PTC, taste of absolutely nothing to a third of the population – these are the ‘non-tasters’. Another third can taste something, but don’t find the experience too unpleasant. These are the ‘medium tasters’. However, to the remaining third of the population – the so-called ‘supertasters’, these innocuous- looking strips of white paper taste incredibly unpleasant. Indeed, many of those in the latter category choose to wash their mouth out in order to try to remove the taste, which is described as being similar to the bitter taste you get on chewing on a crushed aspirin.

The food critic tasted absolutely nothing. After recovering from the shock of being pronounced a non-taster, he spluttered something of the sort: “This isn’t a supertaster taste. At best, it is a test of a person’s sensitivity to bitterness.” In that, Steingarten was only partly correct, given that those who are supertasters for bitterness also tend to show a somewhat enhanced response to the other basic tastes. And, according to research funded by Unilever, supertasters also show an enhanced responsiveness to oral- somatosensory textural properties of foods too.

According to what one often reads, supertasters are likely to find broccoli and coffee very bitter, and hence might not choose to consume these foods, or else acquire a liking for them only later in life, which was very much the case for me.

Your taster status is genetically determined, and when I once handed out tasting strips to my parents and siblings the results helped to explain the mealtime disputes that had gone back decades. My father would make us kids all clear our plates of vegetables, and that included the Brussels sprouts at Christmas-time. Almost six decades later, my brother still shivers at the thought of eating the latter. It turned out that my father is a non-taster and hence had no idea of what the rest of us who experienced a very bitter taste on the filter paper were going through every time we were forced to eat our cruciferous vegetables. We do, in a very real sense, live in different worlds of taste. So why, one might ask, do we always give our guests the same drink?

Questions that immediately come to mind here include whether mixologists are any more likely to be supertasters than the general population. And, as a creative in the world of flavour, would you even want to be a supertaster if you had the choice?

And yet, having known about this insensitivity to PROP and PTC (the bitter-tasting chemicals in which the filter papers are soaked) for almost a century, there is still much that is mysterious about so-called supertasters. For one thing, given that some supertasters may have as many as 14 times more taste buds than other non-tasters, you would have imagined that the flavour scientists would make sure to always screen their participants for taster status before testing them. Yet that is very far from being the case.

In fact, pretty much the only scientists who test for taster status are those who are actually studying the phenomenon. Furthermore, in a largescale crowdsourced study conducted in a North American, researchers were unable to find any correlation between the density of taste buds, as assessed by counting them while looking through a magnifying glass after the tongue had been stained blue, and an individual’s responsiveness to the taste test.

None of this, though, has stopped various individuals/companies from promising to personalise their drinks recommendations based on their customers’ specific genetic make-up. However, it is important to note that our genetic disposition only explains a relatively small proportion of our food likes and dislikes. The majority of our responses to foods and flavours are acquired as a result of exposure. Hence why the supertaster test may not help to predict with any great degree of accuracy what one’s customers will like the taste of.

Ultimately, though, if one accepts the widespread claim that 75-95% of what we think we taste, we actually smell, then maybe it is genetically determined differences in a person’s olfactory abilities that are likely to be much more important in determining what they can taste, and how much they enjoy the experience.

As such, the question that we should really all be asking ourselves is whether there are any supersmellers out there, to which the answer is that we are all genetically anosmic – that is, unable to smell some number of volatile compounds. However, not all of them are relevant to flavour perception. Here, one should perhaps also mention the genetically determined individual differences between those who enjoy the citrussy, herby flavour of cilantro/ coriander and those who find the taste to be unpleasantly soapy instead. There are even genetically determined individual differences in whether people can smell the asparagus on their urine or not.

However, none of these peculiarities would really seem to describe a super-smeller.

So, in answer to the question of whether supertasters really do exist, the answer, technically speaking, is in the affirmative. However, one might immediately want to question the appropriateness of the description, as Jeffrey Steingarten did all those years ago. And, at the same time, one might also want to question the importance of this genetically determined individual difference in tasting.

Figuring out whether there are any supersmellers may be more important. When phrased in that way, people’s minds often turn to the world of wine. However, here it is important to note that after almost three-quarters of a century of research, all the evidence would appear to suggest that wine experts acquire their skills as a result of massive amounts of training rather than because of any innate sensory abilities. What is more, the majority of what sets the expert taster apart from the rest relates primarily to their conceptual knowledge rather than to any enhanced ability to detect volatile compounds.