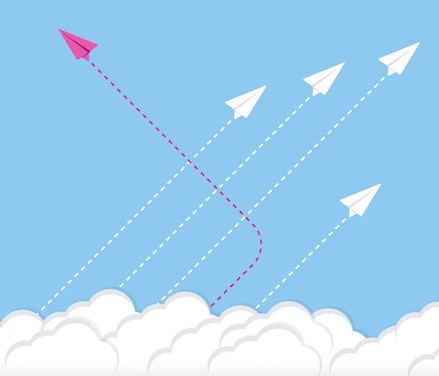 Gin specialist Emma Stokes believes elements of the category are headed in the wrong direction. Stop with the exhibitionism she says, gin's reputation is at stake

The gin bubble is going to burst, they said. That was well over five years ago. Spiced rum is coming for gin, they said. It still hasn’t happened. Shifts in trends on this scale take years, if not decades, to be realised, and while other spirits are bound to eventually take gin's crown, I don't think there will be the great crash that folks are predicting. The sheer number of ways that you can make and present a gin are just too great. But are there too many possibilities? Has gin gone too far?

Swept up in the perfect storm, the rise of the gin category combined a quick-to-produce spirit with a growing interest in locality and provenance, and a reasonable price point. It made it an attractive prospect for consumers, who could explore the category without breaking the bank, and savvy businesspeople (and producers of other spirits) were enticed by the huge growth gin was, and still is, seeing – sales grew by 19.8% between 2012 and 2014 according to the WSTA. With potentially endless botanical combinations, gin gave each brand an easy-to-explain point of difference – let’s face it, sometimes to the point of (ahem, 47) ridiculousness.

But, could you still call them gins? Though the gins launched during this time were perhaps a little more lighthanded with the juniper and more creative with other botanicals than the ‘classic gins’, if you tasted them blind you would still identify them as gin, as opposed to, say, a flavoured vodka. In all honesty, this easing up on the juniper probably helped gin along in the early stages of its current boom, easing folks into the category and acting as ‘gateway gins’.

However, fast forward 10 or so years and you’re now looking at a category that’s estimated to be worth £2.6bn in the UK alone. Year on year the growth of gin has outstretched all predictions, reaching a peak 42% volume growth in 2018 compared to the previous year. Much of this can be attributed to the flavoured gin space, particularly pink gins (more on that later), which are seeing incredible growth, not least thanks to Instagram.

“Not another bloody gin” is muttered under bartenders’ breath the world over, and I honestly don’t blame them, with new products dropping almost daily – I can’t keep up, and gin is my thing. While there are definitely solid gins being produced, they're surrounded by versions that are stretching the very definition of gin, resulting in liquids that, when tasted blind, even the best palates would struggle to discern were a gin.

The rapid and sustained growth in gin has been both a blessing and a curse. While gin lovers are now spoilt for choice, producers have increasingly scrambled for a point of difference, which has led to some quite frankly absurd notions. Do we really need a gin made from botanicals harvested from elephant dung, touting that the elephants have effectively chosen the botanical makeup dependent on their diet? Speaking of diet, if you remembers the Skinny Gin debacle of 2016, you’ll know how that one went. And let’s not get started on the irresponsible claims made by a particular gin as to its anti-ageing properties as it was distilled with collagen, a complaint that was upheld by the Portman Group’s Independent Complaints Panel.

Don’t get me wrong, I’m all for creativity and innovation in the gin space, but let’s remember that it’s the GIN space you’re innovating in. I could list countless producers that have crafted their products with thought, care and attention so they produce a brilliant spirit, juniper and all, that shows just how creative you can get with a gin while being considerate to the category. Those who have embraced botanicals found local to the distillery have been particularly successful, creating gins that can instantly transport the consumers to a specific time or place. One sip and you could be walking through a forest in the US, having the salt air whip your face in Wales, or trekking through the bush in Australia. This kind of innovation is what (I hope) will truly keep the gin category interesting, creative and diverse.

What will not revolutionise the gin space are the products that are quite literally jumping on gin’s coat tails. Those that have been designed to capitalise on the fact that gin is cool, but realise that a true juniper-led gin isn’t for everyone – I’m not talking gins that are a little juniper light, I’m talking gins that are genuinely misleading. And that is a problem for everyone, as it dilutes the category and what it means to be a gin.

At one end of the scale, you have distillers using other botanicals with abandon, so much so that they fight for attention, knocking poor juniper into the background. These are often the result of a lack of skill on the part of the creators, which are often chuffed they have made a good product (which most of the time they have), but they’re sadly, and objectively, just not really a gin.

You see, it’s not enough to say that a recipe is 50% or more juniper by weight – the legislation says it must be juniper dominant by taste. And that’s where the problem lies. Taste is subjective and there’s no quantifiable way to measure it, even by chemical analysis to determine the compounds present. This therefore makes it difficult to police, especially now that the horse has well and truly bolted the stable. Maybe the EU should have taken me up on my offer to be chief gin taster back when I wrote to it in the early 2000s. It certainly would have made a fun addition to the CV...

Sadly, as this lack of enforcement and clarity from the powers that be continues (nobody, it seems, wants to take responsibility for exactly who enforces the rules either), some producers are using the excuse to be more than a little sneaky. Gin liqueurs with the liqueur part hidden or barely noticeable on the label, flavours inspired by sweets that I’d argue appeal to the younger drinker in the same way that alcopops do, and a whole subsection of gins that are purely being sold by the fact that they’re pink “for the ’gram”, yet often taste like the backroom of a sweetshop. It’s all utterly infuriating.

I’d argue there is no spirit with more potential than gin. With a botanical being any edible plant, herb or spice, the possibilities are endless and there’s all manner of opportunity to be creative. So please can you just keep the nonsense gimmicks at home, leave the juniper forward, and stop f****ng with my gin.