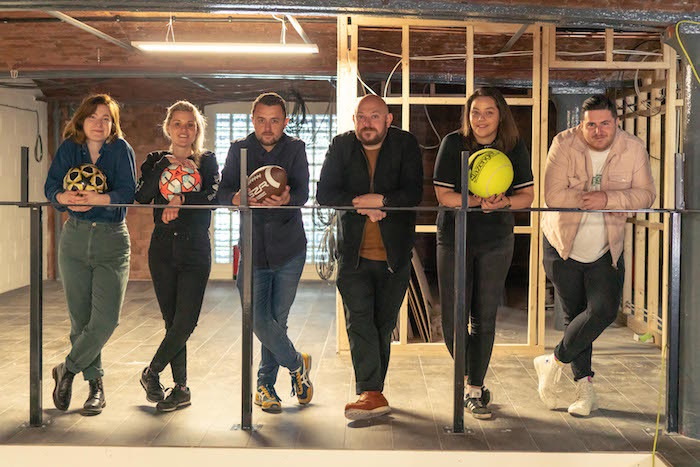 The Long Shot Bar and Hangout, which is expected to launch at the start of football’s European Championships in mid-June, will show sports, but “won’t be a sports bar”.

Thompson’s second venue has been in the making for more than two years, predating his award-nominated Liverpool cocktail bar Present Company.

The Royal Albert Docks is amid regeneration with a focus on local, independent operators, with the likes of Madre – from the owners of the now-closed Filter & Fox – and Moray – one of the city’s most loved independent restaurants – opening up shop at the Merseyside site.

The ex-Callooh Callay GM is gambling that The Long Shot will attract sports lovers who also appreciate good drinks. “I’m trying my hardest not to call it a sports bar because that pigeon holes it,” Thompson tells Class. “There’s nothing wrong with sports bars – they serve a purpose – but there’s not an alternative out there. Maybe you should be able to watch the game in a venue where they take care over the bevvies.”

“Technically, the Royal Albert Docks is owned by the Queen,” says Thompson. “And as a UNESCO World Heritage Site, it’s Grade 1-listed, so there’s not a lot you can do inside – you rely a lot on the original features of the venue – the red brick and the steel columns. So, we’ve got a lighting system to highlight the features. We’re a custodian of a building that will be there long after we’re gone.”

Straddling two floors and a terrace, The Long Shot is large, with a post-Covid capacity of up to 200, but will take a less busy, more subtle approach to décor than most sports bars - partly by design, partly necessity. “I’m hesitant to do sporting memorabilia – we don’t want the bar to look too busy,” says Thompson. “We’ll do photos of iconic sporting moments and sports stars doing other things. We’re working with a local artist, Sean Ryan, who works with Apple and Paris Fashion Week and he’s doing super cool original pieces of sporting icons from around the world.”

The Long Shot will cater to a wide audience. “We’re close to four hotels, two of which are on the Dock itself – anyone walking in or out, will be walking past us,” says Thompson. “We’re also less than 100m from the [M&S Bank] Arena, so when that opens, four-nights-a-week there’ll be 10,000 people looking for somewhere to have a drink and some food. One week in November, Elton John is on for three nights and Stormzy is on for two – how do you market for that? We need to be as accessible as possible.”

For the sports lover, The Long Shot will have 11 screens, including a “massive projection screen” and will show “every live sporting event”. There’ll be “two pool tables, quiz and pinball machines and juke boxes”.

The food offering will cast a wide net. “I don’t do restaurants – starter, main, dessert – so the food will be big messy doorstop sandwiches served on paper - no cutlery, no crockery,” says Thompson. “We’ll have banging BLTs and over-the-top ones like a lasagne sandwich – we’re going to have fun with it - which sounds delicious right?”

The move means Thompson pulls away from day-to-day operations, with Callooh Callay alumni Carey Hanlon and Lewis Jenkins moving to Liverpool to take over the management of his bars. Hanlon will be the GM of Present Company and Jenkins the bar manager of The Long Shot.