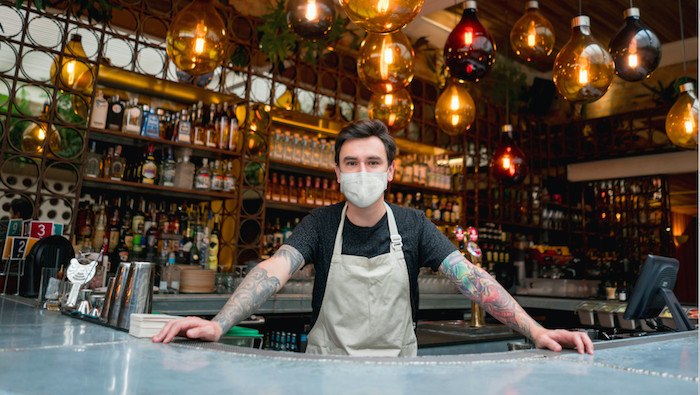 Yesterday's government decision to delay the planned easing of Covid restrictions in England by four weeks (until July 19) has been met with disappointment by the bar trade.

Under the current rules venues face capacity-cutting restrictions - most damagingly the 1m-plus distancing rule, but also limits on group size and make up.

According to CGA’s Market Recovery Monitor, 27% of bars are still to reopen under the current restrictions, while UKHospitality says hospitality is 42% down on its usual takings, with the four-week delay to cost the sector as much as £3bn and 300,000 jobs.

Richard Wynne, founder and managing director of Callooh Callay and Little Bat in London, is worried what the delay will do to confidence in the sector: "Our main feeling is concern that this will hugely impact consumer confidence. We're all spending a lot of time and money making sure our venues are safe and up to pristine standards. Each setback just heightens the fears of our customers, understandably. It's unbelievably frustrating.

“However, we're trying our best to keep focussed on the beaming customers coming through our doors every day, making sure they and our team are safe and all having a brilliant experience - doing what we do best."

In Liverpool, Simon Thompson told CLASS it is the lack of certainty that is damaging businesses. “By far the biggest issue here is managing guests who have clearly become disillusioned with the whole thing. The goalposts seem to be changing so often that it’s very disheartening to be constantly adapting to it when there doesn’t seem to be a clear end point. We just want to know that there is an end date to all this.”

While, Edmund Weil, director of Speakeasy Entertainment (Nightjar, Oriole and Swift in London) told CLASS that by now last-minute policy changes are something business owners are planning for. “It’s really frustrating for a lot of indoor bars and music venues in particular, but already priced in by anyone who is familiar with the government’s ham-fisted brief-by-leak-to-right-wing-press comms strategy. It’s unlikely to change anything for anyone who isn’t going down anyway.”

At London's Happiness Forgets, GM Chelsie Bailey says the delay will hurt the industry, but should make for a safer environment once bars reopen without restrictions. “Just like everyone I was hoping for the restrictions to be lifted on the 21st June and the four-week delay on this will once again hit our industry hard especially those without outside seating,” she told CLASS.

In the north west, where Covid rates outpace much of the country, the delay is perhaps better understood. Adam Wilson of The Liars Group based in Manchester told CLASS: "Our biggest worry right now is keeping staff and customers safe so it makes sense for us to carry on as we are. That's not to say this couldn't have been avoided but this is the course of action we're left with."