The extraordinary life and times of Tomas Estes
by Hamish Smith / 28 April, 2021 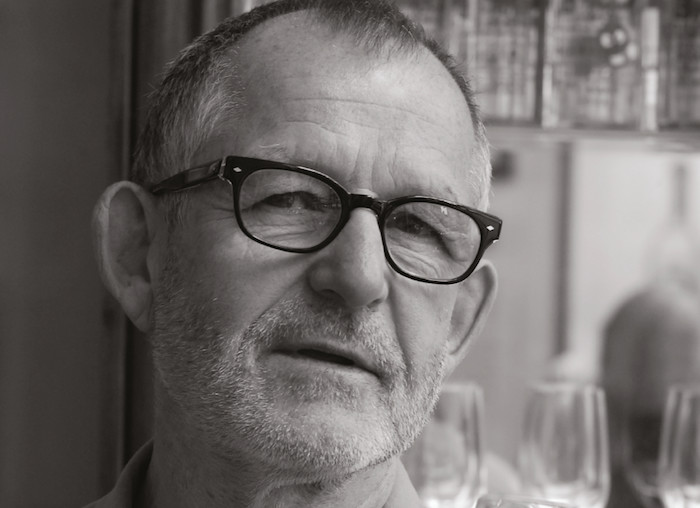 “I was a competitive wrestler in high school – Olympic style not WWE – and I went to university to wrestle,” says Estes. “Wrestling was a great challenge for me – imagine training all year, making weight then facing someone who wanted to kick your ass. I won 98% of my matches but I didn’t wrestle to win, I wrestled to experience wrestling and to do it with style. My techniques were daring – moves that were a little beyond me.”

That was more than 50 years ago. Looking back through the lens of his 70 years, the agave spirits ambassador and Ocho-owner can trace a theme. “Somewhere in my teens I fixed on the idea that the thing I found that had most value was the development of myself. I did this by creating challenges.”

The mid-sixties were interesting times to reach adulthood. The Vietnam war raged and for Estes – creative, liberal and philosophical by nature – the jungles of the Indo-Chinese peninsula were not the best place for him to express himself. “In 1966 there was social upheaval – revolution. Anyone who had been dispossessed of their human rights was looking for possession of them again. In those days my social group wanted to give back to society. Whether it be peace core, volunteering – something to contribute. I became a high school teacher – and wrestling coach.”

Probably we’ve all had a teacher like Estes – the one who tells stories, inspires and has scant regard for the blunter end of the curriculum, but one you’ll remember for the rest of your days. “The Irish poet, Yeates, said: ‘Education is not the filling of a pail, but the lighting of a fire.' He was right – learning should be stirring, invigorating… Teaching freshmen, I was very stimulated.”

Estes was an English teacher for seven years in Los Angeles before his next challenge arose. In 1970 he travelled to Europe. You probably have a fair idea how things went down when Estes says he “discovered Amsterdam”. “This is a place I felt I could really learn a lot about myself. I wanted to move there but I didn’t know how I could do it as public school teacher.” This little detail was figured out during another trip – one that would define his life.

“I took a road trip with my then wife and our seven-year-old son. We drove from LA along the Pan American highway through Mexico and central America. On this drive, I was processing how I would move to Amsterdam. I thought I should create something which fills a hole in the market: Mexican food. There was nobody doing a cantina-style restaurant – big bar, contemporary music, raucous atmosphere.”

Estes was actually no stranger to Mexican culture – he had grown up in an east side district of LA, among the Mexican community. “I always gravitated towards the Mexican kids and culture – there was something so rich and genuine about it. When I was 15, I would cross the border. Most Mexicans wanted to sneak into the US, but I was sneaking into Mexico. Tijuana was a real sin city. I could drink, go to the girly shows, buy a switchblade knife…”

By 1976 Estes was ready to share his love for Mexican culture with Europe. He had sold everything he had and amassed a $15,000 fund. “With help from Dutch friends, it was enough, and I opened Café Pacifico in Amsterdam. It was a giant success.” Europe hadn’t seen anything quite like it and the stars flocked. “Tina Turner was there, Debbie Harrie from Blondie waited three hours one night at the bar for a table.”

Estes then put his restaurant-bar concept in his suitcase. In 1982 he opened a London branch, in 1984 came Paris, Cologne (Cafe Especial) was in 1986, Milan in 1988 and Sydney in 1997. La Perlas were opened in Paris in 1988 and London in 1997. Estes and partner Phil Bayly conceived, designed and opened 18 places – all Mexican concepts.

In trailblazing Mexican hospitality across Europe, Estes came to realise the attraction wasn’t just the food but agave spirits. “As far back as 1977, I was importing a palette of mezcal into Amsterdam, but mostly it was tequila,” he says. Agave spirits became a focus. “I learned everything I could about the category of tequila. We didn’t have websites in the 1980s so my research was whatever I could get from brands about their production and from trips to Mexico. I’d take tours of distilleries that weren’t tours – this was pre-tours – as I was the only one there.

“Coincidental to discovering how important tequila was I discovered how important marketing was too. But I did it on my own terms. I was one of the people who knew as much as anyone else, so I felt I could write about it and speak about it. In the 1980s I began writing about tequila in trade publications. Something clicked while I was writing. I got my voice. I got into the groove. The Tequileros who liked one of the magazines I wrote for [Mexican publication 100% Tequila] would see my name. They wanted to know this guy who could get published. They felt the power in it.” Estes was using his writing to build his personal brand that would spread the word not just of tequila but of the credibility of his bars.

In 2008, Estes launched Ocho tequila. With a focus on highlighting the terroir of the Jalisco highlands, it is has since been taken into the bosom of the bartending fraternity. A success, but perhaps at a cost.

With his focus elsewhere, Estes has almost wound down his bar operations. El Nivel and La Perla in London sold in October, leaving only La Perla in Paris and London’s Café Pacifico. “I’m in the process of divesting my shares in Café Pacifico to in-house working partners. I think of it as a cooperative. Including me, there’s seven shareholders and I’ll have a minority stake. I wanted to still be a bar owner– and be part of the community – but I should have gotten out of the way probably five years ago. It’s been too slow a progression.”

Estes says he didn’t react quickly enough to a changing environment – not least rocketing rents that squeezed margins. “I didn’t adjust to that change quickly enough, and the change that my attention is somewhere else. There is a Greek word, ‘meraki’ – it means passion, pride, putting oneself into it. I did that successfully for the first 25 years. I wasn’t behind the trend, I was creating the trend and that gave me more meraki. I’m ashamed to say but it’s what happened. I’ve let it [the bars] down.”

“Now my work is less the bars and more the tequilas,” Estes says. He has a freedom to focus that he didn’t enjoy a few years ago – a freedom that might allow for more meraki. “The older I get the less I have to prove to myself,” he says. There is a sense of reflection in his words – a triumphant emperor with a receding empire but one who knows he changed the culture of the time he lived in. With his position as an agave spirits ambassador and his own brand Ocho going from strength to strength (his partner and son Jesse is now under his wing but not his shadow) Estes has plenty of challenges ahead.