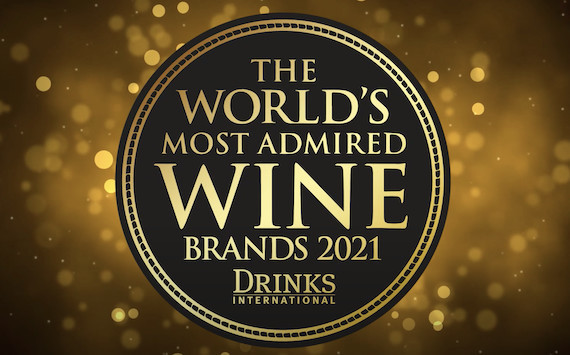 The brands were chosen by an academy made up of the world’s leading wine experts, including buyers, sommeliers, wholesalers, bar owners, Masters of Wine, writers and educators from 48 countries.

Familia Torres from Spain took the number one spot in the rankings after impressing the MAW academy with the quality and consistency of its wines. It also was awarded the Most Admired Wine Brand in Europe.

Catena, a family-owned winery in Mendoza with a reputation for producing some of the world’s finest Malbec, finished second, retaining its crown as the Most Admired Wine Brand in South America.

Europe was the clear winner in terms of region, contributing 29 brands to the list, led by France with 11 brands, Spain with eight and Italy with six.

The highest new entry this year was Domaine de la Romanée-Conti, which entered the list for the first time at number 7. Sicilian brand Planeta was the highest climber after rising 22 places year-on-year to number 17.

Drinks International editor Martin Green said: “The Most Admired Wine Brands 2021 highlights the most iconic, exciting and innovative producers in the world.

“To win a place on this prestigious list is a tremendous achievement. There are thousands of wine brands vying for attention around the world, but just 50 elite icons have made the cut.

“Congratulations to all of the brands featured this year. They have earned the respect of hundreds of wine professionals and experts spread across the globe, and they have now gained the ultimate stamp of quality.

“Strong brands will play a vital role in leading the wine trade to a healthy future as the world emerges from Covid-19 lockdowns. The wineries featured on this list act as regional champions, category signposts and industry leaders, and they have the potential to steer the wine trade into a new Roaring Twenties.”

This is the 11th year in which Drinks International has compiled its definitive guide to The World’s Most Admired Wine Brands. It features a vibrant mix of Old World classics, ambitious New World producers and high-volume brands that offer exceptional value for money.