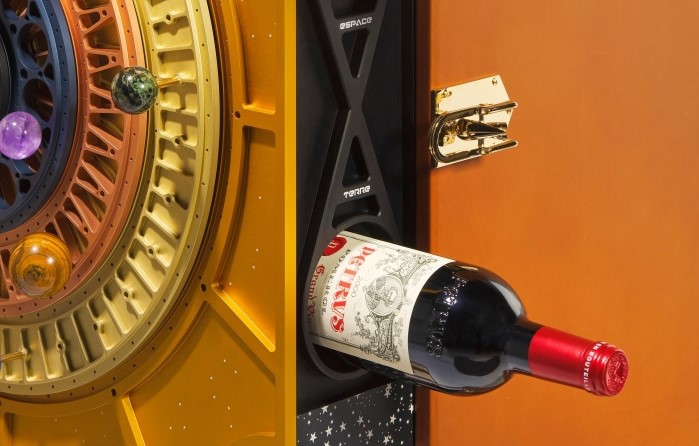 A bottle of Pétrus 2000, which has spent 14 months aboard the International Space Station is expected to fetch $1million (£720,000) at Christie’s.

The space-aged Bordeaux comes in an ornate trunk complete with a terrestrially aged Pétrus 2000 for comparison, and a corkscrew made from a meteorite.

The bottle is one of twelve sent into space in an experiment that aimed to “research into the future of agricultural practices,” according to Tim Triptree MW, international director of Christie's wine & spirits department.

The money generated by the sale will be used to fund future, related research projects.

“The proceeds of the sale will allow us to continue Mission WISE, six experiments in space to help invent the agriculture and food we need for tomorrow on Earth,” said Nicolas Gaume, co-founder and chief executive of Space Cargo Unlimited who, in partnership with Thales Alenia Space and Nanoracks, sent the wine to ISS aboard a cargo module known as a Cygnus capsule.

The wines returned to earth on SpaceX’s Dragon spacecraft on 14 January 2021.

The first tasting of the wine was conducted by a panel of 12 wine professionals and scientists at the Institut des Sciences de la Vigne et du Vin in Bordeaux, led by Philippe Darriet, the director of the institute’s oenology research unit.

Comparing the space-aged wine with a terrestrial counterpart, the panel noted “remarkable differences in the colour, aroma and taste components” and concluded that the wine “positively endured all the constraints of preparation, travel, and storage on the ISS.”