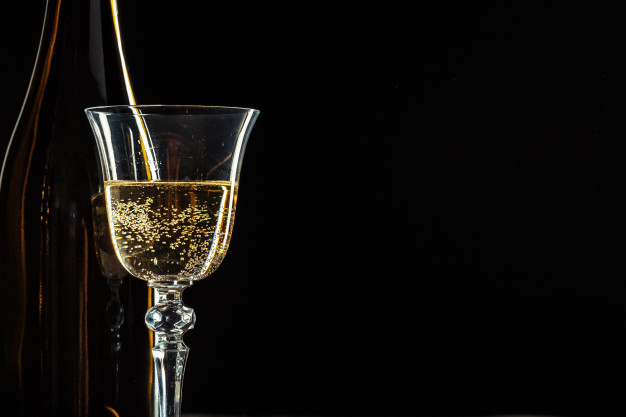 Cava - made using the traditional method - is a value alternative to champagne. If you know what to look for, there’s treasure to be found, says Joe Wadsack

There was a time when cava was king. It seems so long ago now, I wonder if it ever was as big a deal as I remember. The single market had opened. Calais was ready for business, and people all over the country were heading to France through our new tunnel in a borrowed Transit van with a bum-bag full of cash.

This was Britain’s very own Klondike Gold Rush. In the early to mid-1990s, J Sainsbury opened a wine shop in the car park of a Calais hypermarket. JS own-label cava was €2.80. That was £1.80 a bottle. Not surprising, therefore, that out of a shop the size of a petrol forecourt mini Marks & Spencer (with huge warehousing behind) they were selling five pallet crates of the stuff a day. That is more than 500,000 bottles a year.

My friend told me that, due to the massive saving on tax, Sainsbury’s once sold 10 lorry containers full of Jacob’s Creek in one week, leading up to Christmas. So big was the scent of a bargain to the Calais boozehound that France, for a time, was the ninth-largest importer of Australian wine in the world. So, when I started buying wine for supermarkets 25 years ago, if I wasn’t competitive on cava and Aussie wine brands, I was out of a job. Prosecco who? No one sold it, and no one had heard of it. How times change.

Cava is no longer the cheapest wine on the block, so is probably less exposed by Brexit than the oceans of wine-pop from Prosecco that we currently consume. In fact, while we have been obsessing over expensive sparkling wines from our own country, and cheap wine-lager from Italy, Spain has been getting “its shit together”. Supermarkets are still chasing the cheapest prices, although some of the offerings are more than acceptable, even now.

Try M&S (ignore the ghastly label) or Waitrose for excellent examples. However, while champagne has priced itself out of the tenner-plus market and prosecco hasn’t been able to fill the void, cava producers have upped their game and are producing world-class fizz in the £10-£20 zone. Some of them are remarkably champagne-like, on account of the increase in the use of Pinot Noir and Chardonnay in many of the blends.

On one side this gives the drinker a cheap but viable alternative to champagne, but on the other hand, it doesn’t show off the unique qualities that premium traditional cava offers.

So what is cava exactly? It is a traditional-method, bottle- fermented sparkling wine that can basically be produced anywhere in Spain, but usually hails from Penedès, not far from the Catalan coast, about an hour west of Barcelona. It can be made from various varieties and must be aged for about a year before sale.

The triptych of traditional varieties really defines cava as most of us know it. First you have Parellada. It is fruity, makes excellent quaffing table whites, and has green pear, apple and subtle lemon notes. Attractive, but it isn’t the brains of the operation. Then you have Macabeo, a nutty, savoury grape variety that has texture, minerality and is able to develop and age very well, giving the wine a future. Finally we have Xarel.lo. Yes, there is a full stop in the middle. It’s a Catalan thing. Xarel.lo is, as far as we can tell, indigenous to Catalunya, and is one of the most interesting white grapes in Spain. In truly classy cava, I consider it vital. It is the tension, the tight clothes-line over which the other varieties are draped. It is the high G string on a Les Paul guitar in the middle of a Slash solo. Without Xarel.lo, cava simply doesn’t feel as important. All it takes is perhaps 10% in the blend to make the difference, but king cava maker Gramona, for example, makes wines entirely from this feisty pit-bull of a variety.

Over time, with a few years of calm contemplation in a cellar somewhere, a pure Xarel.lo cava attains a quiet focus and power. Its Jedi powers manifest as a sleek, pure intensity, just waiting to pounce on a Cantabrian anchovy fillet, or some Iberico shoulder and tomato salad. Serious stuff. Cava is also well-known for making pink, or rosado, styles. Modern ones are made from Pinot Noir and can offer astonishing quality for the price. I also like the wines made from the more traditional Trepat variety, which, if handled with care, can produce crisp, moreish wines for everyday drinking. Semi-secco means sweet, by the way (just like demi-sec in France). Unless you’re eating cake, I’d give it a miss.

I have always had a soft spot for decent cava, particularly because of the way it feels in the mouth. Almost table-wine rich, with an often fluffy, foamy finish, reminiscent of lemon meringue pie. This fuller-bodied, less sharp – albeit complex – style of fizz lends itself far more readily to drinking with food than many other premium sparklers. In Barcelona, it’s cava, not sherry, with jamón, and if you think about it, they make a superb match. Just like dry sherry, cava has an irresistible tang, lots of body, a nutty, yeasty, bready nuance, and a fruity, balanced finish. It’s literally made for Spanish cuisine.

Well, just to ramp things up even higher, a couple of years ago the government body responsible for such things created a new grade for cava – one so stringent that it is considered to be the toughest wine appellation in the world. The rules for Cava de Paraje Calificado, which simply means cava from a qualified place, require the strictest single vineyard grape selection, and a minimum of three years’ ageing. Out of one-and-a-half thousand applications for this qualification a mere nine were successful. This is a visionary step in my view, which could see Spain taking on champagne head-on properly for the first time. And about time.