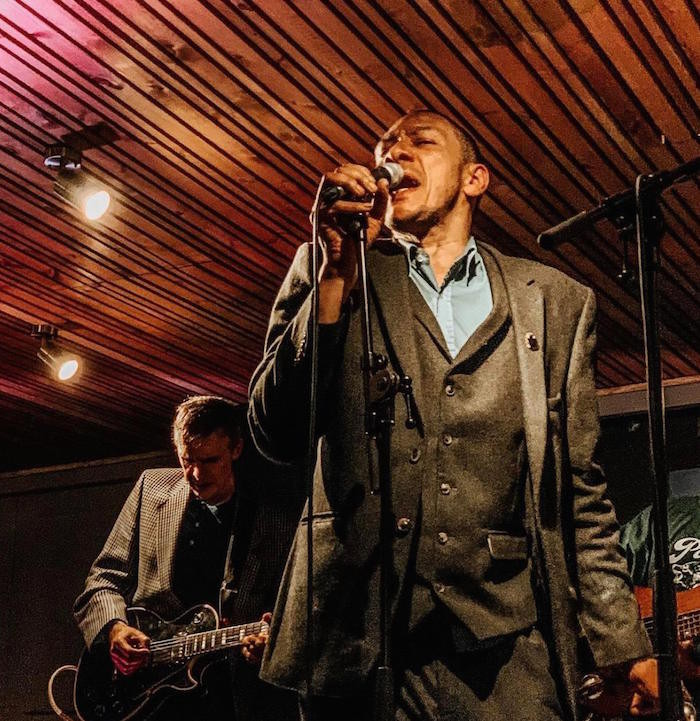 Music - so key to the bar experience -  is conspicuous by its absence, which was the case in Scotland for much of last year. Sian Buchan of Uno Mas tells us what it's like running a music-led bar, without music.

We all know that there are several elements to what makes an amazing bar - music is just one of them, but something we focus on hugely at Uno Mas (our ‘new’ bar in Edinburgh). Don’t get me wrong, my business partner John Mclellan is the one who makes up most of our playlists - if it was up to me, we’d be listening to 90s music all day every day, and apparently that isn’t what the people want. So, what do they want? How does a bar’s music affect people’s experience, and how did the Scottish government’s rules of ‘no music’ affect us?

I bet if you think back to some of your favourite nights out - drinks with friends, a gig, a festival, or perhaps even that karaoke bar that you say you’ll never go back to but always do - what do they all have in common? Music! I don’t know anyone who would consider spending a whole night out at that chain of pubs that doesn’t play music - it is just weird. Music and drinks go hand in hand and for this reason, getting your choices bang on is so important. There is no one-size-fits-all and that makes life interesting. I’m not a huge jazz fan, however I always love my visits to Jazz Bar in Edinburgh as the vibe and the venue work perfectly together. Similarly, if I popped down to Nightjar in London and they were suddenly busting out WAP, I’m really not sure how I’d feel about that.

Some nights are made by the music that’s on. There is a particular solo guitarist in Aberdeen - Blair McLeod - who is the only man I know who can play a country song on a loop pedal and have a whole bar up Scottish dancing to the Gay Gordons. These are the moments that stay with you for a lifetime. To the other extreme, some of the best experiences mean that you don’t even realise that there is music on in the venue - subtly can be key. For example, I always want to go to Swift when I visit London, but I couldn’t name one song that has been on during my visits there - not a bad thing at all as the hospitality and drinks are incredible and I keep wanting to go back. The music must have been pitched so I’ve been able to have conversations, enjoy my days/nights and not even realised what music was playing. When I asked Mia Johanson about it, she said: "we actually try super hard to have tunes that you can hum but not remember the name of".

Small touches can also make a massive impact. Such as barbershop music in the toilets at Panda & Sons, a barbershop themed bar - genius. These touches just show an attention to care and detail that people don’t forget. As well as the overall vibe, the happiness of customers and staff can be affected by music - have you ever worked in a place where you listen to the same playlist day after day? It really starts to grate and you end up hating songs you used to love. We all know that happy staff equals happy customers so it’s something to bear in mind when making playlists. Please change it up, for your staff more than anyone else.

Uno Mas opened between lockdowns from July 15 until October 8 - a couple of sweet months of almost normality in the weirdest of years. We’re a late-night venue (3am close) and music is incredibly important to us, so when the Scottish government announced that from August 14th, all hospitality venues were banned from playing music - it hit us pretty hard. This affected all venues in different ways, but especially ours, which had been designed with music in mind.

Don’t get me wrong, we were lucky to be open, as many ‘proper’ late-night music venues haven’t opened at all since March 2020. But our quiet times felt even more quiet; we are a large venue which thrives on being filled with people talking, dancing and milling around. We changed our offering when the table service rule came in, which worked really well for us and is something that we’ll continue. However, when you’re a large, open, silent venue, it feels cavernous without music, no matter what else you do. Luckily, the government have allowed music back in venues now and we are so excited to get back to music being our focus.

In the nicest possible way – and I’m sure I won’t be the only one to say - there are certain customer conversations that I’d be quite happy never to hear again. Let’s hope we can enjoy our favourite bars and our favourite tunes again really soon!