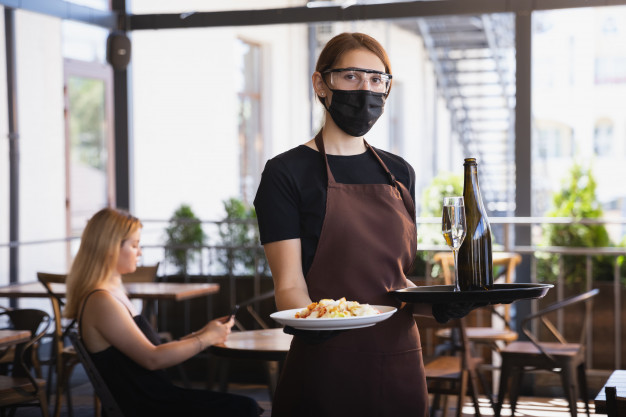 The Scottish Hospitality Group and UKHospitality Scotland have rejected a University of Stirling Report that questioned whether pub and bar operators can “effectively and consistently prevent COVID-19 transmission".

The new study – published in the Journal of Studies on Alcohol and Drugs – is the first in the world to examine the operation of COVID-19 measures in licensed premises.

Its findings are intended to inform governments, public health experts, and policymakers.

Stephen Montgomery, spokesperson for SHG said: “It’s a farce that this report is even on the table for discussion. It is an out-of-date witch-hunt, that is wholly unreflective of our industry, and while Scottish Hospitality businesses are left to fail daily, the government has paid hundreds of thousands of pounds on a six-month old study based on a tiny number (0.17%) of Scotland’s bars and restaurants.

“In reality we are talking about just a handful of premises. From those 29 targeted, criticism is levelled at in their own words a ‘substantial minority of observed bars.’ You don’t need to be a mathematician to work out that basing the closure of a £10.5 billion industry on this sham of a report would be ludicrous."

Willie Macleod, UKHospitality Scotland Executive Director, added: “The research by the University of Stirling paints an alarmist and almost wholly inaccurate picture of the efforts to which Scotland’s hospitality businesses have gone to keep people safe.

“The report appears flawed in the extreme. It is limited to just 29 licensed premises out of an estimated 9,000 across the country, with these venues only being visited for a maximum of two hours each. The report states that research was also carried out during the period of May to August 2020, even though businesses were only permitted to reopen in mid-July. We do not agree that the efforts of the researchers are anywhere near enough to accurately represent even a reasonable proportion of the sector, never mind its entirety.”

Professor Niamh Fitzgerald, director of the University of Stirling’s Institute for Social Marketing and Health, led the research, which was funded by the Scottish Government Chief Scientist Office.

Professor Fitzgerald said: “Our study explored and observed business practices and behaviours of customers and staff in licensed premises in summer 2020 with a view to understanding if and how COVID-19 transmission risks could be managed in settings where alcohol is served. We interviewed business owners and representatives prior to re-opening to understand the challenges being faced. When pubs reopened last July, following the initial UK lockdown, our team visited premises to observe how government measures designed to reduce transmission risks in hospitality settings were working in practice, including any incidents likely to increase those risks.

“Businesses expressed an intention to work within the guidance, but there were commercial and practical challenges to making this a reality. Upon re-opening, substantial efforts to change the layout of bars were observed and appeared to be working well in many premises, but problems were common including staff not wearing personal protective equipment, or with the management of toilets, queues and other ‘pinch points’. We also observed several incidents of greater concern – including customers shouting, embracing or repeatedly interacting closely with several households and staff – which were rarely addressed by staff.

“We concluded that, despite the efforts of bar operators and guidance from government, potentially significant risks of COVID-19 transmission persisted in at least a substantial minority of observed bars, especially when customers were intoxicated. Closures of premises can eliminate these risks, but also cause significant hardship for business owners and staff.”