The best gin for the Southside
by Hamish Smith / 10 September, 2019 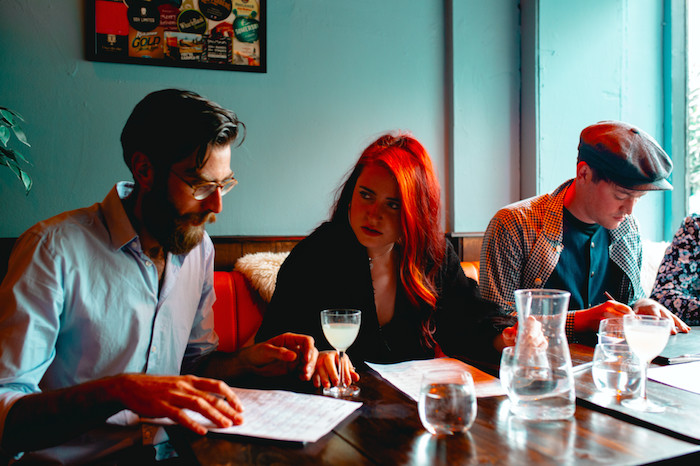 Hamish Smith took the Cocktail Lab on tour to Leeds - the worldwide imbibing head quarters of the Southside cocktail. The Watermark played host.

With most of the grand old classics now scrutinised, I put the question of our next liquid investigation to Dariush Haghighi. The answer was unthinkingly instant. The Southside is the cocktail of Leeds right now, to the point we could possibly class the assembled bartenders of this Cocktail Lab global experts on the subject.

Hosting us was Watermark in Leeds, owned by Haghighi and his partner Filippos Filippopoulos. They represent the new wave of this city, their first bar tapping into a mix of discerningly thirsty bartenders and an ever-swelling pool of cocktail enthusiasts. Watermark, in its first year, has become a hub but its history isn’t confined to the glass- fronted site on Cross Belgrave Street. This was the name given to the pair’s home bar, which, for after-shift drinks, was almost as popular. Haghighi and Filippopoulos simply formalised the formula.

But back to the Southside. This drink has something of a winding history in which its inventors are not pinpointed and its ingredients unfixed – sometimes lemons, sometimes limes, sometimes both. Gin has been a constant and it seems too the mint. Some see the Southside as a Mint Gimlet, others a Gin Mojito, but to today’s bartenders, served as it often is, a Gin Daiquiri with mint might be a more accurate description. The modern incarnation tracks to Sasha Petraske, who reintroduced the Southside at Milk & Honey New York. As with so many things, the way he did it became the way we did it. That’s with lime and served up. Watermark bartender Kieran Walker made our Southsides to the house spec: 40ml gin, 20ml lime, 10ml sugar syrup (3:2 sugar/water) and six mint leaves.

But what gin is best? This worldwide category multiplies by the minute so we kept things simple: English, classically- oriented gins. This is not the time for the new anarchistic wave – Petraske’s influence is too palpable. But, while keeping things English, we decided to eschew the big brands, opting for some smaller labels – many of which might be described as craft – drawn from around the country. The curveball was Greenall’s. Call me eristic, but it amuses me when the cheap brand bests the expensive one. Alas, not this time.

As ever, 10 brands meant 10 iterations of the Southside, each judged blind on taste. Scores submitted, retasting complete, bartenders were apprised of the price and abv and were tasked with delivering a value for money score. Tallies combined, we assembled our top 10, giving the podium players a bartender’s stamp of approval.

This classic London Dry, now owned by Beam Suntory, was a forerunner of the craft movement. Deeply respectful to the juniper- forward style, it pierced through the mint and lime, with tasters agreeing it was a great profile for the Southside.Scoring 85% on taste, it was almost as impressive on value for money, with its sub-£30 ticket giving rise to a score of 84%.

With the second-highest abv of the 10 gins, Fords made its presence clear in the Southside – something the panel was looking for. It was a middling price in this tasting – many gins sail past the £30 barrier these days – and the panel thought this was good value for a high-abv, characterful gin. Now owned by Brown-Forman, expect to see more of this brand in the UK from now on.

Master of Malt’s Ableforth’s Bathtub Gin received plaudits on taste, with the gin’s spice and herbaciousness shining through – a fine gin for a Southside, said one. At £31 a bottle, the value for money scores were less impressive, with most suggesting it represented fair but not great bang for buck.

Bulldog, owned by Gruppo Campari, was mid-table on taste, huddled with a bunch of other gins on similar scores. Complements went as far as “solid gin for a Southside”, though others thought the flavour a little one-dimensional and the 40% abv didn’t fight back enough against the sourness of the lime. The price – the second-cheapest in the tasting – buoyed the verdicts. 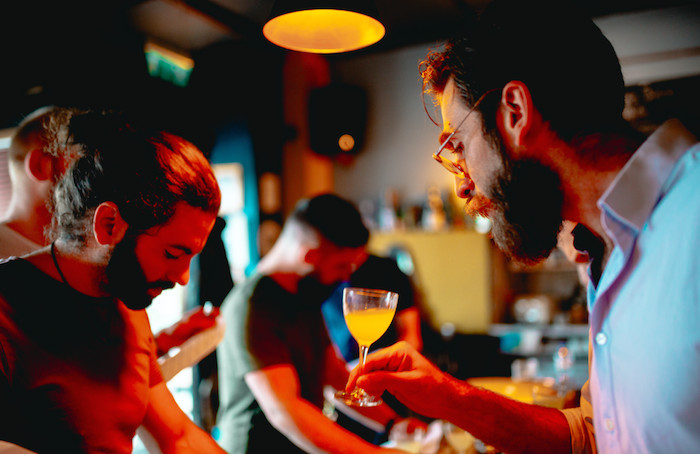 This Wiltshire craft gin did what you might expect. It impressed on taste – finishing fourth – but was pulled back by its price. “Complex, aromatic and balanced but there are better, cheaper alternatives,” said one to the agreement of the many. Still, a top-half finish among a strong group isn’t to be sniffed at.

Conker split opinion on its suitability to the Southside, but finished with a respectable score, falling in the low 70s, between Ramsbury and Bulldog. Some said it was one of the best, others said mediocre, but all agreed the price, allied to a standard 40% abv, didn’t make for good value for money – a 64% put it eighth on value for money.

This Manchester gin by G&J Distilers has towering, distinctive looks. None of which is apparent in a blind test though. Thomas Dakin failed to appeal in the Southside. Some commented on the herbaceous quality, others a short finish. The consensus, though, was that this gin’s Southside lacked complexity for the price.

The curveball, supermarket gin, Greenall’s finished bottom on taste with a score of 61%; bartenders suggesting it was overawed by the Southside’s other ingredients, leaving a flat cocktail. Naturally, seeing the price, the mood perked up, though not sufficiently to change minds. Not the gin for Southsides, summed up the sentiment, politely.

Chase’s potato gin didn’t have its best showing in the Southside. The dry profile was hidden under the sourness of the cocktail, with many of the tasters struggling to pick up the gin. At around £30, there was no incentive to compromise. Not the right gin for this cocktail, came the conclusion.

Bacardi’s ultra-premium, cold-distilled London Dry was the most expensive in the tasting and thus had to justify its price by making one of the best Southsides. It didn’t, finishing seventh on taste with a score of 68%. Balanced and inoffensive were as positive as the remarks came. On value, it was clear: “You’d expect better for the price and abv,” said one, to a consensus.