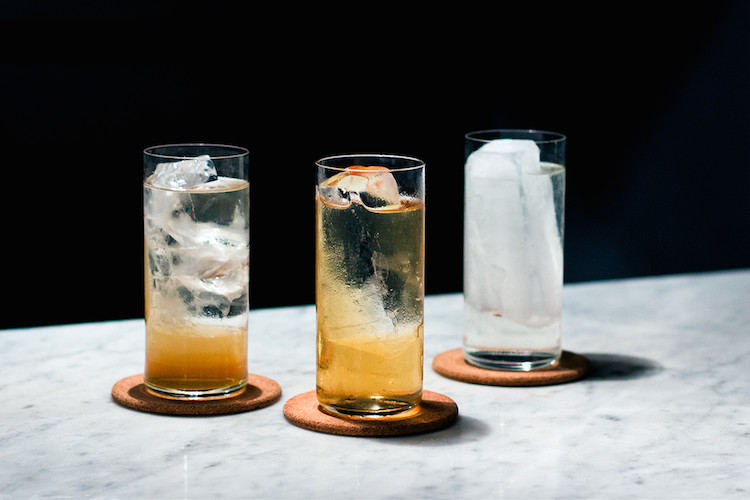 In the first of two articles on the Whisky Highball, Tristan Stephenson explains why this now-popular serve took its time to catch on in the UK. The story starts in Japan.

Whisky. Picture the perfect serve: a clean, straight-sided rocks glass with a pool of fiery amber liquid resting in the bottom. Nothing epitomises the appreciation of whisky more than this iconic serve.

There is an undeniable beauty to be found in the modesty of a simple glass of whisky, which conceals its deeper complexity, revealing it only to those who have earned the right to appreciate it. The entitled. Indeed, the veneration that surrounds whisky today – that which causes tweed-waistcoated men to sweat uncontrollably at Whisky Live – is one of the reasons that malt whisky has gathered and maintained such an impassioned following.

But this notion of sanctity has also been a barrier that has prevented whisky – scotch in particular – from achieving its full potential. So ingrained in our culture is this notion of pure, unadorned drams that the very idea of mixing whisky was, up until quite recently, blasphemy. Bartender, brand ambassador, consumer – all were of the mind that malts commanded a mysticism and complexity that a bartender simply wasn’t qualified to handle, and blend meant bland because they lacked the thrilling sweetness of a bourbon or the prestige of a cognac.

Then lots of things happened at the same time.

At the beginning of the 21st century malt whiskies started to find their place in mixed drinks. Admittedly the earliest iterations didn’t take scotch too far from its natural habitat (in the rocks glass) being mostly play-it-safe riffs on the Old Fashioned cocktail formula. But whisky slowly extended its reach, introducing intensity and smoke to cocktails, helping to bring about the revival of the Rob Roy, Bobby Burns, Whisky Sour, Affinity, and playing a part in the creation of modern classics, such as the Penicillin.

These drinks reminded us that good whisky makes good mixed drinks and that no spirits are off limits as long as they are treated with respect. But, just as scotch was beginning to adapt, cocktail culture began to shift away from high-strength, stirred-down-and-brown, making way for the Gin &

Tonic and Aperol Spritz – drinks that showed they can be long and refreshing while still requiring careful construction and a discerning customer. Mixer brands such as Fever-Tree helped to ease the transition by assuring us that quality could be obtained on both the spirit and mixer sides of the partnership. In the UK especially, the Gin & Tonic also stirred up a sense of revivalism among its followers, encouraging a critical approach to their enjoyment regardless of class or the aforementioned ‘entitlement’.

Simultaneous to those goings-ons was the burgeoning renaissance in scotch whisky. Being produced in the UK, scotch ticks all of the same boxes as gin, only it’s harder to make, doesn’t require mixing, and has the added element of reverence, incentivising the path towards appreciation. If gin can do it, scotch can too. And there it was, primed and ready to be the next great drink of our time – the only problem was the daunting prospect of that rocks glass. 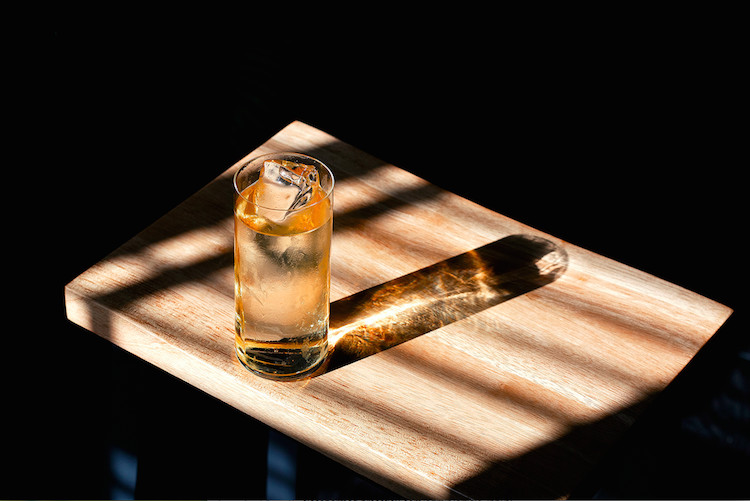 Meanwhile, over in Japan, a similar change in tastes was happening. After a long spell of absence, whisky was finding its way back into cocktails. But, unlike the mahogany red, teabag level of astringency, overproof Manhattans we were mixing in London, bartenders in Tokyo were applying a prototypically Japanese discreetness to their serves.

Enter the Highball – the gateway drink – conceived in the 19th century by the British and perfected by the Japanese. A drink with strong parallels to the story of whisky itself. Like a prism, the Highball divides the numerous layers of complexity in a dram and displays them in complete clarity for the enjoyment of the drinker, resulting in something that is paradoxically both subtle and striking. Low calorie, low alcohol, a Highball requires no specialist equipment to produce, no specific technique, not even a garnish.

For Japan, the gravitation towards the Highball should come as no surprise. As a rule, Japanese people drink beer, shochu and sake. Shochu is most commonly served as a Chu-hi, which is basically a fruit juice-modified Highball, and sake is usually served chilled or over shaved ice, like a slushy. The unifying factor here is strength. Japanese sensibilities where alcohol is concerned are generally calibrated towards ice-cold, low-abv, fragrant drinks.

Back in the 1960s and 1970s Highballs were so trendy in Japan that they were advertised on television and were all the rage among professional males. In fact, the popularity of the Highball was one of the main factors in the growth of the Japanese whisky industry, resulting in Nikka’s Miyagikyo distillery being built in 1969 and Suntory building the biggest malt whisky distillery in the world, Hakushu,

in 1974. Of course, the Whisky & Soda fell out of favour soon after that, being superseded by shochu in the ’80s. What followed was Japan’s whisky ‘silent period’, a 30-year stretch that saw the industry decline, distilleries close and brands get sold-off .

Then came along Suntory in the early 2000s, with the bright idea of targeting long whisky drinks at the next (younger) generation. The pin-up model for this movement was, of course, the Mizuwari (‘mizu’ being the Japanese word for water and ‘wari’ meaning divide), a Highball made with still mineral water, executed with the care and precision of a tea ceremony. The number of whisky taverns in Japan mushroomed and the native whisky industry regained a foothold in its domestic market.

That was about 15 years ago, and the time which has passed since then will prove to be a pivotal era in the modern history of mixed drinks. It will be remembered as a time when modern drinking sensibilities brought about a reawakening of classic drinking culture that would, through a series of interlinking trends, conspire to make the Highball the defining drink of the 2020s.