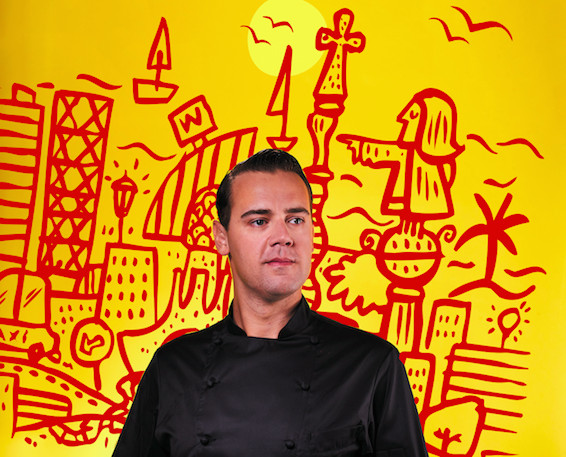 Simone Caporale is never just working on one thing. Hamish Smith caught up with the bar consultant and wasn’t short of lines of enquiry.

I hear your long-awaited first bar is in the works – do tell...

I always wanted to do something in Barcelona – it’s an artistic place, affordable and on the beach. I’m working with Marc Alvarez who has done a lot of work for Ferran Adria of El Bulli. It’s called Sips and it’ll be a fun place with a little bit of everything – somewhere you feel comfortable, modern but warm. There will be cocktails but it won’t be a cocktail bar. Sips refers to the small measures of our cocktails and spirits we will have for people to try. We want to represent what Barcelona is today – the surroundings and the artistic movements. It’ll be in the Eixample neighbourhood, where you find institutions such as Dry Martini and Solange.

Last year you were involved in the launch of a bar toy – tell us all about it.

The Flavour Blaster – it does something similar to a smoke gun. It offers the same visual effect though is just vapour so doesn’t have that burnt, smoke taste. We have created a range of food-grade, non-toxic, vegetable extract flavours. It was an interesting chemical challenge. You can use it to create vapour and using our bubble mixture you can create bubbles over glasses – you may have seen it on social media. I’m in partnership with Jetchill on the project. We have sold more than 4,000 internationally – it’s gone viral.

Muyu was one of the most popular launches last year. How are sales of the liqueur developing?

Muyu has launched in the UK, Germany, the Netherlands, Austria, Croatia, Israel, Italy – seven so far. The main ambition was for Alex [Kratena], Monica [Berg] and I to express ourselves inside a bottle of liqueur. And the recipe itself was created with the master distiller of De Kuyper, Myriam Hendrickx. Sales are going well but the raw materials are limited so it’s hard to scale. We just wanted to do something interesting.

You’re contributing to a book, right?

Yes, Ferran Adria’s cocktail encyclopaedia, called Cócteles, Coctelería y Bartenders. There are four volumes of the book with not one recipe. It will cover the role of sugar, fats, proteins, alcohol – it’s a very scientific approach. There are 34 pages about ice, explained and written in a way that’s easy to understand. It’s academic but simple. We have already launched the first and second volume in Spanish, with the third volume coming soon. Ferran Adria is very interested in cocktails but he’s not the face of it – alongside myself, the likes of Javier de las Muelas, Ferran Centelles and Marc Álvarez are involved.

I’m consulting in South Korea – I split my time between Barcelona, London and Seoul – and I’m also collaborating on Canaima gin with Diplomatico. It supports the people of the Amazon. The botanicals are supplied by indigenous people. The POS is made by another indigenous group – everything is handmade with palm fibre. The pigments are made from fruits and barks. Ten per cent of sales goes to the indigenous people and we have planted trees. Projects such as this make zero money but satisfy me more.