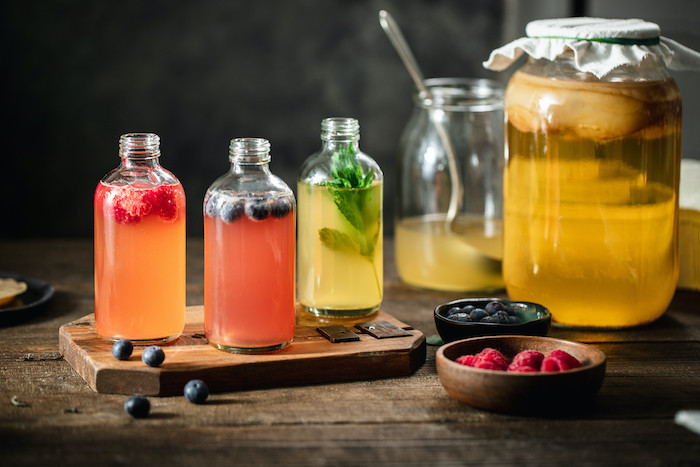 Kristiane Sherry explores – with the help of some gastro-focused bartenders – which trends might make the leap this year.

Flavour is transient. From our families of origin to where we live, to how we feel on a given day, our choices are both conditioned and ever-shifting. The news agenda also impacts: everything from the pandemic to the cost of living crisis and supply chain logistics has an effect. Then consider innovation, a thirst for the new, and even social media FOMO. If anything, this cycle of flavour development is quickening – and it impacts what we drink as much as what we eat.

It’s the time of year when analysts predict our tastes and whims for 2023 and beyond. This year it looks like they’ll have their work cut out. Consumers are increasingly experimental and flavour-focused. Searches for ‘dinner ideas’ are rocketing, according to Google Trends, with volumes running close to lockdown levels. And we’re getting bolder with what we consume. According to the Specialty Food Association’s Trendspotter Panel, we’re increasingly experimental. Mixes of sweet and savoury, marine-based flavours and even yaupon berries have been widely lauded for 2023, named as profiles to watch by the Whole Foods Market Trends Council.

Yet this intrepidness is also tempered with caution, especially as the cost of living crisis bites. Analyst Mintel believes a focus on energy-saving will become more of a priority as the year progresses. In its Global Food & Drink Trends report it reckons taste trends will follow: think a return to familiar, hearty, comforting flavours, whatever that means to each of us.

But what about drinks hospitality? Will cocktails and bar culture follow the macro food trends? Are drink flavour trends mirroring that of the culinary world? And if so, what can we expect to be drinking in 2023?

“For anyone wanting to develop in this industry, I think it’s very important to see what chefs are up to,” says Scarfes bar alumnus and Allegra head bartender, Carlos del Barrio. For him, flavour trends will certainly cross over. He advocates for bartenders to read cookbooks, while also acknowledging it’s not true for every flavour. “There are a lot of ingredients which are great in food but just aren’t workable in drinks – for example, garlic.”

Nobu’s group bar manager Flavio Carenzi says taking inspiration from the kitchen is “almost second nature”. “Creativity easily passes from one department to another. During the pandemic, when restaurants were closed for indoor dining, we were able to spend more time together and integrate more, experimenting with new concepts across the kitchen and bar. It was a unique opportunity.”

For others, it’s a slower burn. “It used to be that we’d look at restaurant trends and we’d be a couple of years down the line,” recalls Jon Lister, head of mixology at Speciality Brands. “I think the tempo of those ideas and trends are way quicker now. It’s more of a collaborative learning.” And what’s sped it up in drinks is the curious consumer.

Carenzi agrees with the broader trend forecasters that iodine, sea-driven notes are set to trend in cocktails. It’s all about the salinity. “Done well, these flavours can be very pleasant, and pair well with gin and tequila.”

Fermented flavours, already breaking through, look set to grow in popularity. Lister cites miso and soy, incredibly familiar in food, but less so for cocktails. “If it’s fermented or umami there’s fun to be had there.” He namechecks Tayer + Elementary as a bar intentionally making these more challenging flavours accessible. How? Through lengthening classic serves. “You can give guests a sense of bringing them on a journey – classic cocktails and then something innovative.”

In his London bars, Del Barrio hasn’t found people hit that barrier when it comes to more unexpected food flavours in drinks. “British people are very open minded in terms of trying different things. If there is a curiosity when reading about a cocktail, they will always ask about how the flavour combination works.” He gives his Nutcracker cocktail as an example, a serve built around Speculoos. “People often recognise the name but can't place it. As soon as you describe the Belgian biscuit to them, the spiced gingerbread flavour, alongside the other ingredients, a pretty clear flavour profile is quickly formed.”

He also speaks of a focus on all things pickled and fermented – not just for the taste. “I feel that using these techniques allows you to have a broad range of flavour profiles from one single product and that gives you so much more to play with. Also, it’s a way of lengthening the life of any product, which I feel is important nowadays.”

Indeed, minimising waste, along with local sourcing, is rightfully no longer considered a trend. It’s just increasingly the ‘done’ thing. Bobby Morrison is head bartender at Michelin-starred Northumberland restaurant Pine. By working closely with the kitchen, he inadvertently follows the culinary team in efforts to use leftovers more smartly. “It’s like a sort of symbiotic relationship between the bar menu and food menu,” he says.

Pine has a commitment to sourcing as much as possible from within a 20-mile radius. “On Wednesdays, when we start the week, there’s a crate at the end of the kitchen, just full of stuff that’s been foraged and things our chefs have made over the weekend.” It’s a drinks flavour playground for him. “Today there was pineapple sage and catmint.”

For Nobu’s Carenzi, there’s no end of places he tracks trends, from the news cycle to social media. “As a global business with locations all over the world, we take a lot of inspiration from culinary trends in other cultures.” Others cite fashion and interior design as more unexpected places to find flavour ideas.

As Mintel is forecasting, 2023’s trends aren’t all defined by flavour. How we eat and drink – and that we’re likely to do it out much less – will affect bars.

One such impact is an intentional note of caution when putting drinks lists together. Don’t push it too far. “I know a lot of people taking a step back and not jumping into [2023 menu development] just yet,” says Sam Berry, who owns and manages a group of restaurants, including No.97 and One One Four, across south west London. “Everyone’s saying January and February are going to be very, very tough months for hospitality.”

He notes that he’s revised stock across venue back bars and tapped into a nostalgia theme. This is in line with Mintel’s forecast to return to the familiar. “People just want to go back to their childhood. Forget what time we're in. Just have a bit of playful fun with it as well.” It’s about building that feel-good vibe and making sure every bar visit feels like money well spent. Whatever 2023 has in store, that joy will certainly be found in flavour.