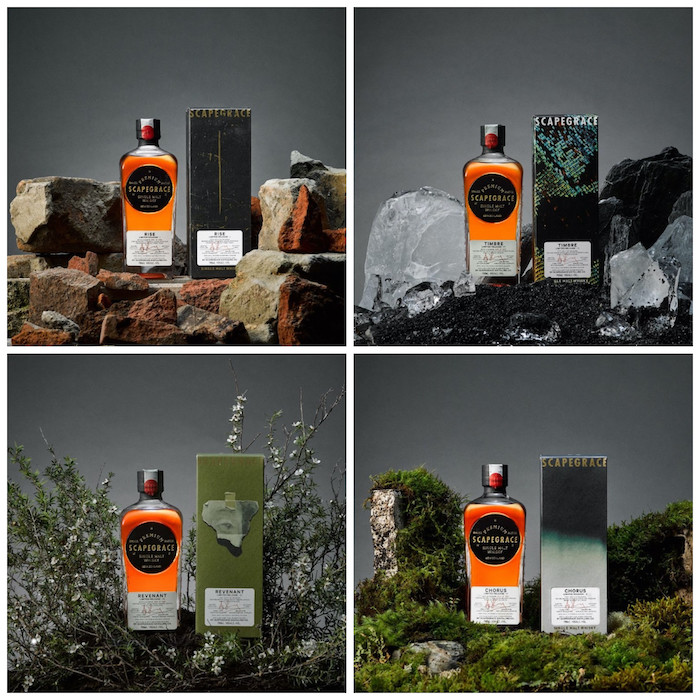 New Zealand’s Scapegrace has announced the release of its first whiskies, a limited-edition range of single malts.

The distillery, better known for its gin production, has been laying down whisky for six years and has now come to market with four single malts ahead of its core release in 2024.

The range includes Rise I and Chorus II, both aged in Virgin French Oak, Revenant III made with manuka smoked laureate grains and Timbre IV aged in Bulgarian oak.

Released in chronical order with individually numbered bottles, the first four limited editions will never to be repeated.

The distillery is situated on the 45th parallel (the halfway point between equator and south pole), with hot and cold temperature extremes during the year, which the brand says is “an optimum environment for aging whisky”.

Scapegrace co-founder and managing director Daniel McLaughlin said: “We have been quietly putting down whisky over the past six years and the team are now finally ready to unveil Scapegrace’s single malt.

“Back in 2014 when we launched Scapegrace, we always knew Single Malt would be a core part of our strategic direction. We have the facilities and natural resources to create some of the best whisky in the world and we are so excited to finally be delivering on our promise.”

The limited-edition whiskies will be available in store and online at a selection of specialist independent retailers from £50 upwards.

The news comes off the back of the company’s NZ$25m Central Otago distillery investment.