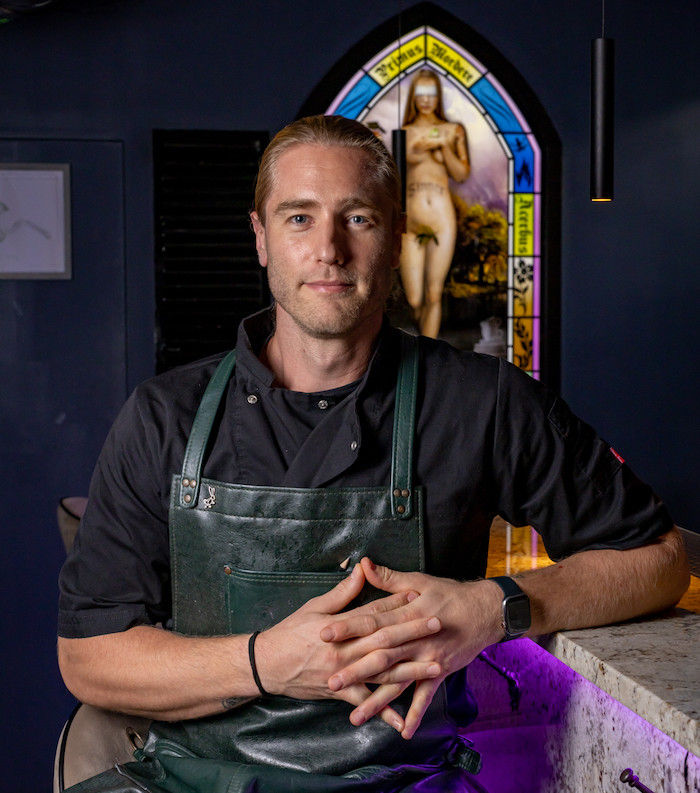 Eve Bar, situated under the Michelin-starred Frog by Adam Handling in Covent Garden, has announced a new leadership team.

Fitzgerald follows Marco Grisafi’s tenure as bar manager of Eve and brings over 14 years of bartending and management experience to the role. Beginning his career at The Savoy as bartender, Palmer & Co in Australia also features on his CV.

Head bartender Carvalho Reis, started his journey in the hospitality industry in his hometown of Lisbon and has worked at the likes of Mahiki, Soho House & Co and most recently Black Rock East India Dock.

Eve’s new senior bartender, Ireland, has been promoted within the Adam Handling Restaurant Group from the restaurant and pub, The Loch & the Tyne, in Old Windsor.

The appointments are ahead of a refurbishment of the bar and new menu plans, both set to launch in the New Year.

Adam Handling of Adam Handling Group said: “I have no doubt that the future is going to be amazing with Matt, Nelson and Ellie joining the team. Their shared passion and vision for making great drinks, as well as their impressive industry experience, is an enviable combination.

“I definitely think that Eve bar will be in a different league in the very near future.”