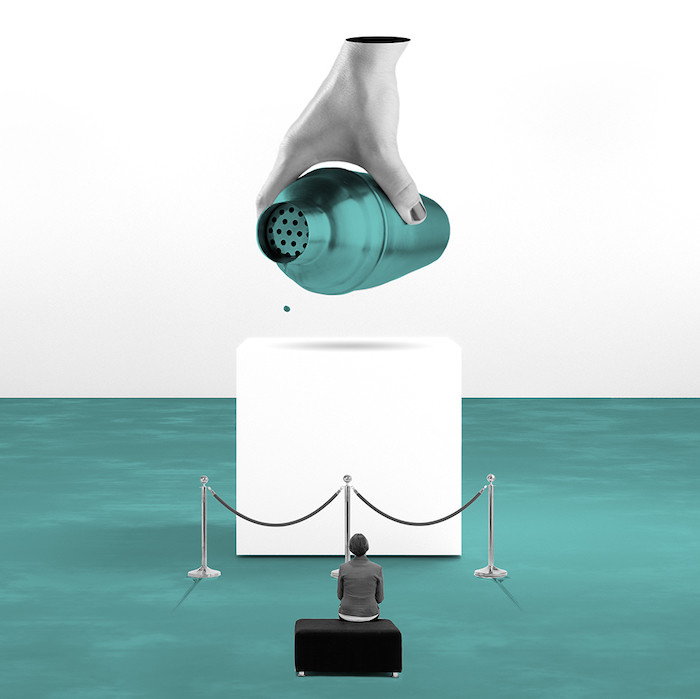 Jake O'Brien Murphy takes issue with the notion that bartenders are artists - it’s way more complicated  than that, he says.

Here’s my unpopular opinion – bartending isn’t an art form. I say that not to diminish the bartender but because I take issue with brands, marketers, bloggers, journalists and all other hospitality parallel pilot fish who use it as vague shorthand in place of originality.

There’s a self-serving narrative implicit in this and by summarising bartending as something frilly and unquantifiable instead of actually understanding it, bullshit peddlers lend themselves extra rope. Why would you want it to be art anyway?

Most artists exist in relative obscurity, spending the time between crushing personal rejections by hacking off their ears or slowly going insane from mercury poisoning. Even the famous ones, the household names, have to put up with unequivocal nonsense. Imagine being Banksy, knowing that no matter how hard you try your creative destiny is to make things that’ll inevitably be turned into key chains and mousemats for idiots.

Now, I understand that from the outside looking in, for the guest or customer, what we do might look like an art, chemistry or magic. I have no problem with them saying so and I even get where they are coming from. They mislabel what they are experiencing because their time at the bar is transient and short-lived. What they’re equating to magic, artistry or voodoo is actually a group of professionals who are good at their jobs.

For the layperson, someone who has never cleaned the compacted gunk from the nozzle of a store & pour, worked a Christmas holidays AFD, or made drinks for a living, the specific pleasure of drinking in cocktail bars is largely connected to the notion of novelty and preference. But, for the love of god, let’s not indulge the fantasy and call it what it is, a professional, skilled individual plying their trade as best they can. Someone who has spent thousands of hours tempering their craft and knowledge for a single moment of face-to-face interaction. Let’s just dive into that for a moment: building drinks isn’t about artistry, it is about optimisation and intuition. There are no perfect specs, just a series of broadly agreed-upon elements that constitute any given cocktail. These, in themselves, are not immutable but instead exist with a degree of intuitive elasticity that is up to the bartender to navigate.

All cocktails, without exception, fall on to a bell curve. At the extreme ends of the diagram are the bogeymen of under-pouring, over-pouring, under-dilution, over-dilution, flat drinks, warm drinks, flabby drinks and so on.

When mixing drinks the bartender’s task is to mitigate these external pressures. That is to say it is the bartender’s job to make that drink as good as possible for as long as possible. To serve the optimal drink in the full knowledge that, despite their best efforts, despite the gradual plateau and gentle curves they cultivate, all drinks inevitably die. They have to do all of that, all of those tiny micro-adjustments and split-second considerations while having cogent conversations with a variety of people from a diverse span of perspectives. They have to do that while being likeable, courteous and funny. I’ve got a nosebleed just thinking about it. That isn’t art. It can’t be reduced to some lofty Platonic abstraction, it is a personal and professional triumph; one that will be repeated en-masse until last orders.

Do you know how I know what we do isn’t art? Bad art is still contentiously seen as good art. The two don’t exist on the same value scale. As a young bartender, I once attended a seminar where one of the speakers declared there were no bad drinks, just bad bartenders. His point was that we, as bartenders, work to a higher order. That stuck with me for a long time and genuinely believing it caused me to develop some unhealthy working habits. It took me a few years and a bit of self-reflection to realise that that person was in fact a thundering arsehole.

Of course, there are bad drinks and there are also bad bartenders. I’ve seen both. For me, the nebulous and noncommittal idea that a bartender is an ‘artist’ is silly, self-involved and driven by a desire to be taken seriously (which, as a deeply insecure man, I fundamentally understand). It is frankly damaging. It reinforces the insidious idea that there is some higher meaning, some Platonic absolute to work towards that when taken as gospel supersedes all else. It’s the kindling that feeds burnout, depression and toxifies the backdrop of an honest job. That higher meaning may appear romantic and aspirational but it can hardly come as consolation to those working in a post-pandemic economy during a cost of living crisis when they’re still underpaid, underrepresented and undervalued.