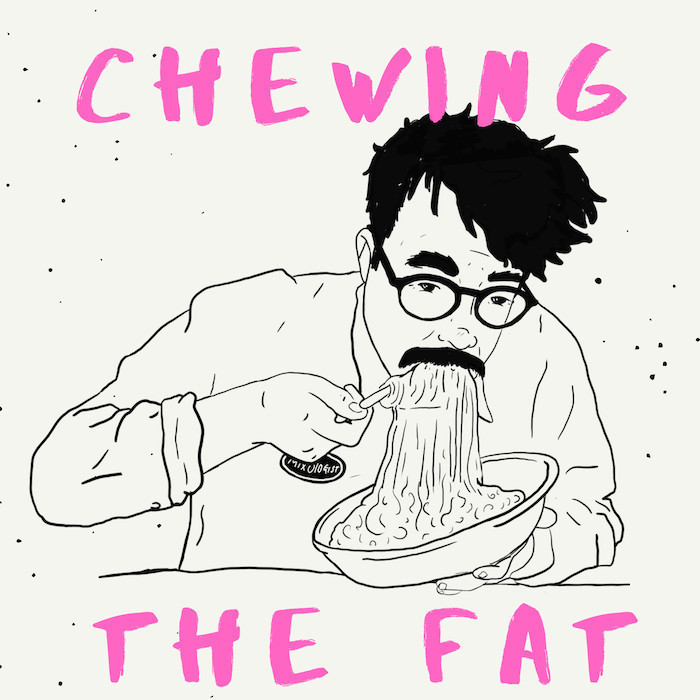 Jake O'Brien Murphy emerges from awards season with his own list of best bar snacks.

Awards season is over! What a time to be alive and mixing drinks. People won stuff! Wahooo! People didn’t. BOOO! Numbers were said. Numeracy! Hard-working, nice people who deserve the collective admiration and praise of their peers got it. WHOOSH! Then again so did some others. FART NOISE! I’m a bad judge of these kinds of things. After all, I’ve never done particularly well with the awards and all that stuff. In fact, it’s a glum reality when one of your most practised talents is an immaculate humble loser face.

Inspired by the format and its many copycats - I’ve come up with my own, personally biased and therefore deeply flawed list. So welcome to:

THE ABRIDGED 50 BEST BAR SNACKS OF AN INDETERMINATE SPAN OF TIME.

Falling from its record high No.7 in 2020 is CBD. The intersection between mental health and what we eat is well documented. Yet, stirring CBD oil into a pot of store-brand hummus feels like a specific kind of none fungible modern evil.

44) Spicy Rice Crackers (You know the ones)

Texture! It is the primary delight of the be-liquored. It appeals to the very basest parts of our reptile brains registering as “crunchy yum-yum good and nice”. Onomatopoeic foods are always without expectation compulsively moreish. Crackling, Monster Munch, Crunchy Nut. The amalgam of vaguely East Asian-inspired spice is the masterstroke here striking a biologically predestined balance between heat, salt and sweetness that plays our cave person appetite like a greasy-fingered golden fiddle. Order only in units of ten thousand.

Yes, they might cost three months' wages but Torres Pattas Fritas are best in show. They are so good in fact, that I’ll overlook the brand’s flagrant use of the word “artisanal” - which in most other circumstances causes me to roll my eyes so violently I backflip. There are many big hitters in the Torres roster - Iberico Ham, Black Truffle, Caviar - but there’s something manic, frightening even, about a mind that can conceive of a fried egg crisp. Let alone pull it off. It’s a master at the height of their powers - like when Lou Reed did that concert for dogs.

To get this close to tasting fried egg, well, you’d have to eat an actual fried egg. Yet, it’s more than that, Bodega Torres has managed to capture the quintessence of egginess, without the day-to-day jeopardy of spooging yolk all down your shirt and being laughed at by some local teens.

After dinner mints belong to the same bygone era of aspirational domesticity that saw the rise of avocado bathroom decor, swinging and the dinner party. A time when you could have your pick of a cheese and pineapple hedgehog and many, other, passé diabolical machinations. The After Eights that come with the bill at Satan’s Whiskers might not be the most substantial meal or even a meal at all, they are a crucial shot of minty glucose that sharpens the senses before the quick walk to The Sun Tavern.

For the most part, nuggets are little more than anaemic pucks of matter, the resultant gristle gained from forcing cartilage, anuses and eyelids through an industrial hosepipe. Albeit, sometimes in the shape of a dinosaur.

Step up and be counted, the Hawksmoor Shortrib nugget - a truly decadent foray into nugget lore and a frankly unforgettable bar snack. My Hawksmoor at Home recipe book informs me it involves some black magic mix of Madeira gravy and shredded short rib swaddled around Ogleshield cheese forming a controlled explosion of shameless enjoyment. The whole spectacle of consumption is a heady, stupifying experience similar to forgetting your name and then having all of the blood in your body replaced by Bisto.

17) Hashbrowns
Trends are trends are trends. The transient flutterings of a fickle butterfly we call chance. Well, I’m not here for it. I want permanence. To that end I ate a hashbrown at Valderama’s recently that was taller than the house I grew up in. My review? Put that in literally every bar ever. It makes so much sense! As a foodstuff, it has all the things that make chips so great - it’s basically the basement tapes of potato-based greatness. Notwithstanding, here be the warning, Hashbrowns are formidable when done properly, i.e deep-fried until it yields a tectonic crunch and will take almost all traditional toppings with gusto al la my jerk seasoning epiphany. However, they are languid, sad little things when done badly i.e nuked in the microwave until you have a regrettable flobblette of damp potato matter with psoriasis.

I’m going to level with you, I have a profound problem concerning BP&GCPC, enough that I use that acronym with alarming frequency. BP&GCPC is the perfect storm of bar roughage. It is profoundly cheesy. Enough to make you sit bolt upright. Pepper is there, but it’s relegated to being a side character. The concentrated presence of these raw, lactic, animalistic flavours should really produce the kind of dissonant tastes that combine to weigh the popcorn down like some kind of rancid ball bearing. Think again cheese bag. It all ends up being so effusive, so light and buoyant that I would argue that at room temperature BP&GCPC is chemically a gas.