The Dorchester to replace The Bar with James Bond concept
by Hamish Smith / 30 September, 2022 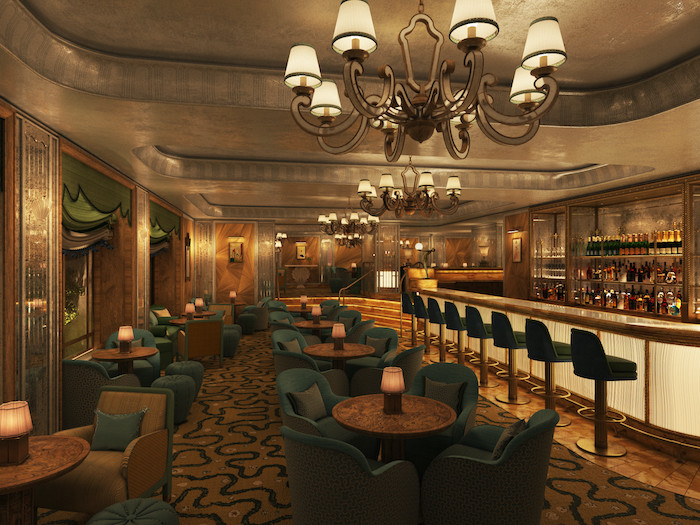 The Dorchester in London is to launch a new bar concept in December, Vesper Bar, honouring the hotel’s connections to James Bond.

It will take the place of The Bar at the Dorchester, as part of a raft at renovations of the five-star London hotel.

Author Ian Fleming, who invented the Vesper Martini in the book Casino Royale, stayed and dined at The Dorchester throughout his life until he died in 1964.

The Dorchester is mentioned in Flemming’s novels, and according to the hotel has subsequently hosted all six James Bonds, 14 Bond Girls, four M’s and nine Bond villains as guests of the hotel.

The new bar’s menu will showcase classic and signature cocktails inspired by The Dorchester, curated by head bartender Lucia Montanelli.

The new layout of the bar, designed by Martin Brudnizki, will allow for a dedicated Park Lane entrance and an outside terrace with views towards Hyde Park.

A statement from The Dorchester read: “The bar’s [Vesper Bar] new interior is inspired by the spirit and elegance of the roaring thirties, a time when manners were still important and yet mayhem was celebrated.

“Ornate design runs throughout the bar, including a 1930s Palladium leaf ceiling creating a warm effect as Martini hour transitions into the evening. An upper area of the bar and cosy ‘snug’ provide more privacy without compromising on the atmosphere.

“A series of Cecil Beaton pieces will adorn the bar walls to honour a long-standing connection between the celebrated photographer/designer and the hotel, and to remind guests of this glamorous decade. Some of Beaton’s original drawings and celebrity photography will be brought together with work by contemporary artists, such as Rosie Emmerson, who were inspired by both Beaton and the energy of that time.”