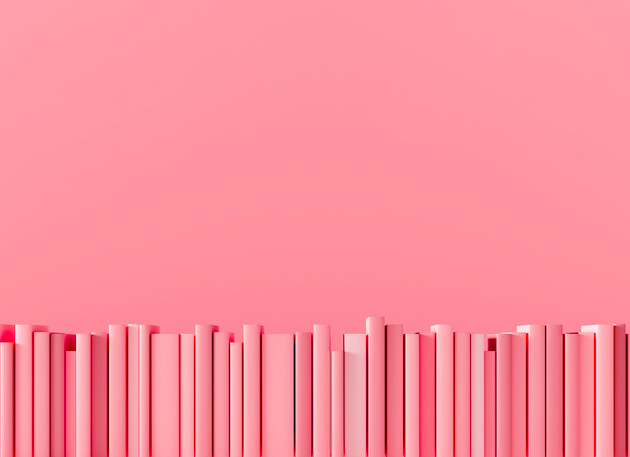 Jake O'Brien Murphy is feeling nostalgic for the creative listing trickery of years gone by.

I’m an avid menu collector. I accumulate them the way American doomsday preppers stockpile bibles, bullets and tinned macaroni. I’ve essentially amassed a kind of half-baked anthropology of bevvies. When a menu is taken in isolation it offers an individual account of the bar and the people behind it. But when considered as a whole, this little impromptu library plots a course through creativity, turning points, tastes, design and trends. From that it’s clear that the very idea of the cocktail menu is continuously being reinvented and reimagined with varying success.

For the years directly prior to, and sometime after, I moved to London it was industry vogue to offer a menu that wasn’t traditionally recognised as such. The concept menu, if you will. I’ve seen art, sounds, smells, riddles and cyphers worthy of the National Treasure franchise. I’ve come across leaflets so slight they could fit in your top pocket and still leave space for a packet of Rolos. And leatherette tomes so hefty that if they fell from any kind of height they’d kill a small horse and so impenetrably complex that they present the real-life danger of dehydration.

This little epoch of menus is typified by the incessant prodding and poking of form and function. At their glimmering best, Callooh Callay’s Tube Map or The Beaufort Bar’s pop-up book, provided immaculately realised tokens of spectacle and light-hearted fun. Yet these menus are only really worth mentioning because they were ancillary elements to already exemplary venues, with sublime drinks and tremendous staff. It’s when these outré ideas take precedence over all else that the wheels start to come off.

Reading some of them back you can’t help but feel there was a space race for whimsy. I was personally involved in the creation of a short-lived list that was an examination of abstract human emotion. If you’re sceptical about the execution of something so subjectively obtuse then please remember that my input was a Woo Woo which wrestled with the loaded existential gravity of “shame”. I did this by mixing vodka and cranberry juice together.

At their worst, these menus are bewildering, exclusionary and made unattractive by the nauseating levels of self-indulgence. They seemed to say: “Here’s a finger painting of what Lilt tastes like – you figure the rest out.” Or offered a selection of overproof Prohibition classics no one has ever heard of that can only be communicated through a dog whistle.

The age of brutalism

Currently, we’re in the embers of what I call the brutalist menu. A painfully literal style which stripped away any ostentation for something perceptibly more self-aware but ultimately a lot less fun. These are drinks lists where merely writing a concrete noun is accepted off-hand as long as it is formatted in the industry appropriate italicised, non-conjunctive list. Rum, Lime, Foraged Lego, Cold-Pressed Grumblefruit.

After reaching the terminal velocity of concept menus, it felt creatively liberating to shed the pomp in place of something that felt a little more mature. It’s not hard to trace the origins of these ideas – ever since René Redzepi started cooking bits of moss everyone wanted to be Scandi, pared back and minimal. Ingredients took centre stage and cocktail names reflected this in a Spartan way: Whisky & Water, Miso & Smoke, and Dandelion & Burdock. At their finest, wherever a Max Venning cares to roam or Matt Wiley pops up, they’re blissful little haikus that point towards something delicious. Still, I’ve come to view this as a double-edged sword – there’s an undeniable utility in a name that communicates in explicit shorthand what to expect. Yet, industry ubiquity has effectively dulled this edge due to emotive limitations of terse descriptive couplets. That is to say, it’s a bit boring now.

Cocktails ceded space to low and no, ferments and low-intervention products. This is all fairly positive, it is inclusive of a demographic of guests that may not traditionally have been found in a bar, which means a more diverse range of specialisms among bartenders and staff. But it does present some unique problems. There’s a danger the pretence of “naturalness” supersedes quality, that their idealistic equity on a menu isn’t based on standards but commercial worth. That is to say, natural doesn’t always mean good. Wasps and yeast infections are all-natural and 100% organic. Over the past few years various products – natural wine, kombucha and kefir – have transitioned from relative obscurity to aspirational mainstream products. Which is great. When the juice is great, I tend to think tasty things are tasty, I’m not unique in that sense. Kombucha can, of course, be tasty but it can also be fizzy, room-temperature vinegar.

There’s a strange kind of symmetry with all menus, it feels as if they have an atomic half-life matching a particular sentiment of a particular time. Inevitably, they lose the structural facets that gave rise to them and are replaced. I suppose that the nature of all creative output is to forge new avenues.