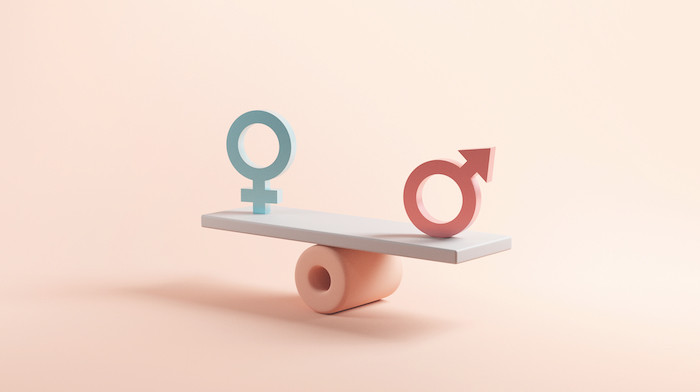 It’s men who must now play a role in women’s progression in the hospitality industry, says Anna Sebastian.

We’re starting to talk a lot more about women, their achievements in our industry, and what women are doing to support women’s progression. But rarely do we talk about the role men play in achieving gender equality. I think it’s undervalued.

Without the support of men around us, I feel there is a glass ceiling to how much women can achieve in hospitality. That’s not just my view, but the view of many women in the industry. In a recent poll I conducted on the Celebrate Her page, 84% of women in the hospitality industry felt their gender has hindered progression. Meanwhile, 92% of women felt that with the support of men things could change for the better in the workplace.

There is a 14% pay gap between men and women and women are still the minority in senior positions, making up only 30% of board members. In our industry The Caterer, citing a report by WiHTL (Women in Hospitality, Travel & Leisure) on diversity in hospitality, travel & leisure, says: “Of the highest paid 25% of positions across hospitality, travel and leisure, 58% are held by men. Among the lowest paid 25% of positions, 54% are held by women.”

There are some fundamental societal perceptions that hold us back. In my opinion, men, even in 2022, have privileges and advantages over women. It’s often the small things that all add up: men will never be made to feel selfish for going straight back to work after having children. Men are rarely dismissed as being ‘emotional’ and never called a ‘bitch’ for being forthright. Promiscuity is rarely seen as negative behaviour in men in the way it is with women. Men will never be asked to wear high-heeled shoes as part of their uniform… I could go on. In isolation these issues may seem trivial, but collectively they form a downward pressure on women.

I’ve experienced sexism throughout my life, some explicit, some implicit. When I was 22 working in nightclubs I came across both. Attending court after being attacked one night, I was asked repeatedly in cross examination to describe what I was wearing on the night in question. I was young but defiant and turned to the judge and asked: “Why are the men in this courtroom not being asked about what they were wearing?” A deathly silence fell over the room. No one could answer.

I’ve fought for women's equality ever since. In hospitality, we can still lead the way. Samuel Bolton, owner of The Pineapple Club cocktail bar & bottle shop in Birmingham – and winner of the Class Bar Awards 2022 Bar Employer of the Year – believes too that men have to be part of the solution. “If it’s only women fighting, they will never win. Especially in an industry where the numbers are against them. Decision makers need to change their attitudes and owners need to implement the right culture into their business.

“I had let someone go for unsatisfactory conduct involving a female manager. Dealing with situations like this are always hard from a HR position, but shouldn't be treated as less severe than a sackable offence.”

Around International Women’s Day I was lucky enough to host a panel with the inspiring chef Asma Khan. She told the story of how the success of her second restaurant in Covent Garden, Darjeeling Express, is because of the support of one of her male investors, who fought for her to have a voice, and ultimately get the site she deserved. She highlights the positive role that men can play to make sure women are heard, promoted and championed.

But on a more day-to-day level, what ways can men help women in a workplace which is male dominated? Pippa Guy, formerly of the American Bar and presently UK Tanqueray gin ambassador, has some tips: “Something as simple as voicing your support can go a long way towards giving a person the confidence to apply for a promotion or to speak up and share their ideas in a meeting.

"We all need a little nudge sometimes and for those of us who don’t find it as easy to invite ourselves to the metaphorical table or challenge an interruption with ‘I’m not finished speaking yet, please wait’, it can be really calming and reassuring to know someone is on your side.”

Becky Paskin, founder of the Our Whisky subscription club and Our Whisky Foundation, agrees: “There are many things we can all do: call out instances of sexism or unconscious bias. If it’s inappropriate to do so in the moment, quietly take the person to one side. Try to educate, rather than accuse. Consider how women are being portrayed in your communications. Are they as equally visible as men, and if so, what is their role in your imagery? Also, avoid playing into stereotypes with products labelled as ‘gender neutral’, ‘feminine’ or ‘masculine’. Drinks do not have an assigned gender, and people do not gravitate toward certain flavours based on their gender or sexuality.”

These changes are needed not just to correct injustice, but to achieve something that’s more meritocratic – if you leave women behind, you leave talent behind. “Gender inequality is everybody’s problem,” says Paskin. “Studies show that if women are treated fairly and equally in the home, at work and even in government, everyone stands to benefit in terms of wealth, health and quality of life. So it’s up to all of us to correct it – men included.”

Chef Adam Handling, whose bars include Eve and Ugly Butterfly, echoes the need for gender parity. “Everyone has something different to bring to our industry,” he says. “We’re more powerful and resilient when we keep each strand together and operate purely on talent, with no distinction across gender or race. We have women at all levels in our group, and they are objectively all brilliant at their job.”

The culture is set from the top. Liana Oster, director of bars at the Nomad Hotel in London, has similar thoughts about putting the onus on the leaders of the business. “For me, like all changes, helping make things more equitable needs to come from our leaders. I think it’s fair to say that a majority of, if not all, people value females in the workplace and acknowledge their hard work but what exactly are they doing to help support change?

“Imagine if every trade show, bar show, pop-up around the world made a conscious effort to have 50% female participation in equal positions. Some men I know will look at representations before they commit to bar shows, if it isn’t substantial, they request to have more female presence. More of this would go such a long way”

When I look back through my own career, I have experienced sexism, but also some of my greatest supporters have been men.  Men who realise their role and impact, not just on the individual, but also on the wider industry and society. These men have been the ones who took it upon themselves to mentor me, promote me, give me a seat at the table and a voice when others didn’t. It was people like Daniel Baernreuther, my former American Bar manager, when I was a host who mentored me, promoted me; Lee Kelly, currently the hotel manager at The Berkeley, who did the same.

There should be more of them. Ultimately it comes down to making a choice: “Do we want to make hospitality fairer – and better?”  Start small and don’t be afraid to make mistakes – it’s part of the journey.