John Ennis on the road to recovery and Salt Dog Slims Manchester
by Hamish Smith / 16 March, 2022 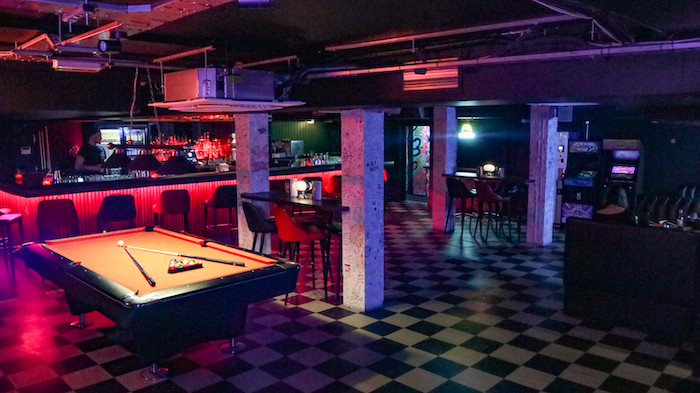 John Ennis, co-owner of Graffiti Spirits Group in Liverpool, talks to Hamish Smith about hospitality’s recovery in the North West and his new openings in Manchester.

1/ How's business across the group? Do you sense that the consumer appetite for hospitality experiences is back to full force in the North West?

It’s been a long road to recovery but there are glimmers of hope in the distance. We aren’t there yet by any stretch of the imagination but the weekends in all our venues have certainly shown the most promise.

Midweek is still showing signs of guests being hesitant to commit but the real surprise has been from the office trade. Lots of offices are still not confident in bringing 100% of their workforce back. This has been reflected in the early morning coffee trade where we have seen a significant drop and also the afterwork drinking crowd. Work at home Fridays is apparently a thing.

2/ What are your concerns as a business right now? Are you able to weather rising costs? Is recruitment an issue?

Costs and recruitment are certainly the hot topics in our office at the moment. I’ll start with costs. Ok, not exactly a straightforward conversation but the factors are: the rise in minimum wage, VAT and supply issues.

So, firstly wages are set to rise by 6.6% for over 23 years of age. What does that mean? For ease, let’s say everyone in an establishment is 23 or over and paid minimum wage. The business grosses 20k a week and the wage bill is usually 25% - so £5k but now its £5,330. That’s an increase of 1.65%, that without a price increase just comes straight off the bottom line.

So, in total we are losing £2,430 off the bottom line - 12.15% of the gross. You don’t have to be a mathematician to know that’s a lot to lose. So, if you are wondering why there’s an issue with inflation this isn’t a bad place to start.

Recruitment is always an issue but now we are dealing with a change in attitude towards work – namely work-life balance. Understandably people are more aware of wanting to live their best life. Why is this an issue for businesses? People want to be paid more to do less – a four day working week (32 hours full time) being the example. Now with the cost of living getting out of hand the same job seekers need more to survive. For small businesses it just means the owner operator has to do more with less.

I feel it puts larger operators in charge of the job market, which is not a good thing. We are likely to see a decrease in small independents which will ultimately lead to a decline in innovation and diversity in our sector. It’s never been more important to support your local independent. 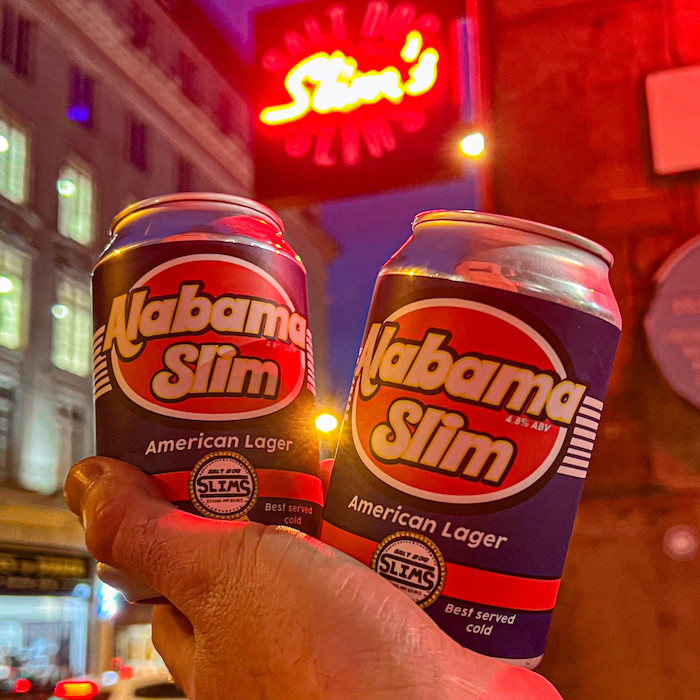 We are thrilled to be in Manchester. It’s a great city with a lot going on.

Salt Dog Slims Manchester has been fantastic and we’ve had an incredible reception. The industry has welcomed the place with open arms and we’ve really fitted in well in the surrounding neighbourhood. A shout out goes to all the staff from Blues kitchen, The Box, 10 Tib Lane and Piccolinos for making us feel at home.

The place has classic dive bar vibes. The entrance is in an alley and then down the stairs you are greeted with a large leather padded bar, pool table, neons, a couple of arcades and a beer vending machine. It’s slightly bigger than the Liverpool site but still gets packed out late on.  Nick Thomas, Matt Farrel and I couldn’t be happier with how it's gone. Equally the staff - William Alston, Dan Richie, Nathaniel Caldicott and Adam Oldham - have made the place their own and have really given the place the flying start it needed.

4/ What's it like entering a second city? How are things different?

Even though Liverpool is only 35 mins away, the dynamic of how the cities operate couldn’t be any more different. Having a very well-integrated transport system, allows the population of Greater Manchester to enter and exit the city centre with ease. This means you have a more prominent after-work drinking crowd.

Trends wise it’s been interesting. We see a lot more people heading to gigs and going to places with live music which means we can have a Friday night on a Wednesday if the right band is in town. Drinks wise, I don’t know why but Baby Guinness seems to be a thing.

5/ Anything else in the pipeline?

The late-night venue will have more of a book-a-table, date-night cocktail vibe with Nick Thomas and I really hoping to bring our A-game to the Manchester cocktail scene. Our drinks lab has been operational for three years but with COVID slowing things right down we’ve not really had the chance to explore some of the ingredients we wanted to. Toasted milk, sodas, acids and sous vide syrups have been things we’ve been exploring for quite some time at Duke Street Market but with trade only now starting to pick up it’s been difficult trying to see what works and what doesn’t.

We also have our beer Alabama Slim [pictured] coming to the market this year as well. After flying through our first few pallets, we should be restocked in May and hoping to send a case or two out to our friends in the industry.