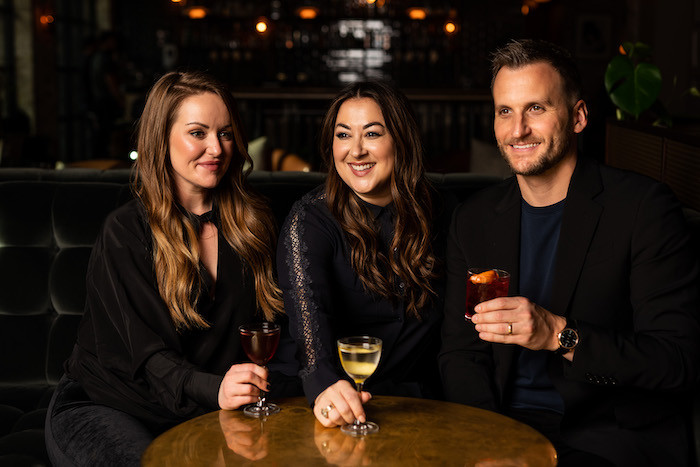 Hamish Smith gets to grips with the plans for a new, Michelin-style bar guide

"We should have a Michelin Guide for bars,” said pretty much everyone, at all times, forever. This is the old chestnut of the industry, chewed over wherever there have been bartenders, bars and alcohol. Which bars would get a star? How would you award a star? Who would do the judging (who wouldn’t want to do the judging?)? The back and forths were always fun.

But once you unravel the process behind something like Michelin, you reveal the organisational matrix that it requires; small countries have been run with less paperwork. There’s probably a reason why the restaurant guide has been going 120 years and only operates in about 10% of the world’s countries. Back at the bar, the conversation tends to fizzle out. The questions always outnumber the answers.

Well, Siobhan Payne and Hannah Sharman-Cox (of Hands consultancy and, more famously, London Cocktail Week) had the idea too, and together with Global Bartending’s Dan Dove (ex-World Class) are attempting to do what no other has done – follow through.

Their take on the Michelin Guide is the Pinnacle Guide, and the stars come in the form of ‘Pins’, which will be awarded to bars globally from 2023. They plan to start with eight markets (the UK, US, France, Italy, Singapore, Australia, Spain and Mexico), and move to 50 by 2025. That’s twice the number of Michelin markets in 2% of the time. So how do they intend to do it?

Well, very few details of how the Pinnacle Guide will work have been released - for the simple reason its founders haven’t decided yet. And that is the clever bit. They know there are challenges to creating such an unwieldy global reviewing system. They know that even with well-resourced, data-collecting infrastructure (through Global Bartending), it would take on-the-ground buy-in and a decentralised army of reviewers. They know the debate rages about what even makes a great bar. So, they have decided to not decide, but ask you, the industry, to have your say. Introducing the “six-month consultancy phase”, or in the immortal words of Dr Frasier Crane: “I’m listening.”

In 2022, inclusive is the new exclusive. If you want to launch something this big, you’d better have the buy-in of the community – and there’s no surer way to create ambassadors for your brand than to hand over the creative reins and ownership of the idea to the people. And who knows, some of those questions we’ve all scratched our heads over in our brainstorms might well be answered.

It’s a bold plan – and a good one – but there must be more to it. They must have more than Pinnacle, Pins and a consultancy phase. I spoke to the three founders to find out. “We think we have the answers to the questions,” says Payne. “We want to structure the conversation, not lead it.” Indeed, the consultancy phase will see a series of fortnightly open forums and panel discussions to finalise the format, alongside one-on-one video calls.

Announcing a consultancy phase, not a methodology, is also the kind of thing you can only do if you have a track record of running successful enterprises that have benefited the industry – check, check and check. “Hopefully people are reassured that there’s been years of work that’s gone into this,” says Dove.

If the voting system employed by awards bodies attempts at objectivity by making the subjective collective, the Pinnacle system will look to create a criteria through collaboration with the industry. “One of the outcomes from the consultancy will be the criteria of what makes a Pinnacle Bar,” says Payne. So, elements such as drinks quality, service, décor, atmosphere will all be up for debate. Crucially, whatever the final consensus, the criteria will be transparent. “Bars that want to be awarded a Pin will be aware of the criteria,” says Payne.

Though the Michelin model has its logistical headaches, it does have advantages. “The awards currently given are quite concentrated in the capital cities around the world,” says Dove. “There’s always that gap. [With the Pinnacle Guide] an unlimited number of bars can gain Pins – and across each country, not just the big cities.”

In this way, the trio hope that the Pinnacle Guide settles into the existing awards landscape. “Because [in the Pinnacle Guide] there aren’t ‘winners’, we feel we can sit simultaneously with Tales, 50 Best, the Class Bar Awards and back each other up,” says Sharman-Cox.

The reaction to the launch so far has been almost entirely positive. This, after all, is new, exciting, and a reset for all those bars who have felt unserved by the existing recognition framework. But The Pinnacle Guide, no matter how successful it is, will not be immune from the criticism that all awards bodies face – for the simple reason that it creates haves and have nots. And the latter always outnumber the former.

Yet with all recognition, there is a broader perspective. Featuring on the Pinnacle Guide is not just a professional yardstick for our industry, it’s a celebration of what is best about what we do which is communicated to the world of consumers. Think of it like this: it’s free, worldwide marketing for the bar industry as a whole. It’s articles, videos, posts and likes. It’s real world conversations that end up in real world bar experiences. And not just the bars that have been awarded Pins or featured in lists – marketing the best sells bar culture in all its forms.

Now, I wonder which bar will be first to be awarded three Pins?