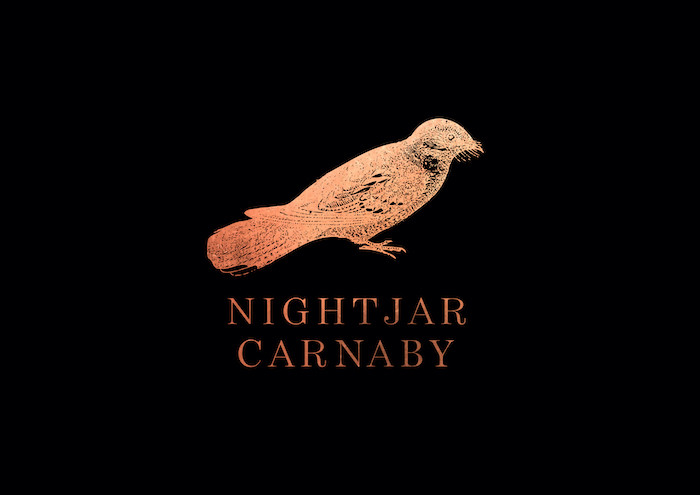 The owners of Speakeasy Entertainment, Edmund Weil and Rosie Stimpson, are about to launch Nightjar Carnaby, Class can exclusively reveal.

In a basement site of Kingly Court on Carnaby Street – where The Beatles, The Rolling Stones, The Who and Bob Marley once took to stage – Nightjar’s sequel opens in early April.

The eighty-five-cover music and cocktail venue, which will be managed by Sebastiano Cristofanon, comes more than 11 years after Nightjar on City Street in Shoreditch opened its doors.

“We always had ambitions to extend the Nightjar brand,” Weil told Class. “But for a long time we were looking in the wrong place. We were looking overseas.”

Last year, Weil and Stimpson agreed a deal with landlord Shaftesbury to roll out the Nightjar brand closer to home. With the fit-out almost complete, the West End site is now weeks away from opening.

The new space continues the art-deco styling of the original Nightjar, with a wide staircase descending into a large room of Lalique-style mirrors, booths and tables that face a stage.

The site was formerly home to a number of high-profile music venues. “It was Florence Mills Social Parlour, started by an American actress from Harlem,” said Stimpson. “In the 1940s it was The Blue Lagoon Club. From 1948-50 managed by Ronnie Scott it was Club Eleven. In the 1950s the Sunset Club, the 1960s The Roaring Twenties and in the 1970s Columbo’s.”

While the music programme at Nightjar Carnaby will be extended beyond peak hours and will take in styles from the 1920s to early 1970s, the cocktails at the new venue will continue in a similar vein to Nightjar Shoreditch. “People love the fabulousness,” Stimpson said. “We’re not going to put a specialist Negroni list on our menu – we do what we do.”

The menu, as at the original Nightjar, will be split into Pre-Prohibition, Prohibition, Post-War and Nightjar Signature sections – the last of which is where the two sites will have a point of separation. “That is where the teams will be able to show off and do their own thing,” said Weil. “As time goes by there’ll be more diversification but at the start we need to concentrate on the drinks being what people expect when they come to Nightjar.”

The pair are confident that Nightjar, so long an East London cocktail landmark, can work in the West End. “Here, with Carnaby Street, Oxford Circus, Liberties around the corner, it’s a mecca for tourists,” said Stimpson. “There are also people from West London that would never go to East London, but would come here.”

Weil added: “People gravitate here from all over. People that appreciate grown up places to drink in, places to listen to music and get up and dance. And Shaftesbury is trying to grow the late night experience round here. Saying that, there’s an element of ‘build it and they will come’.”