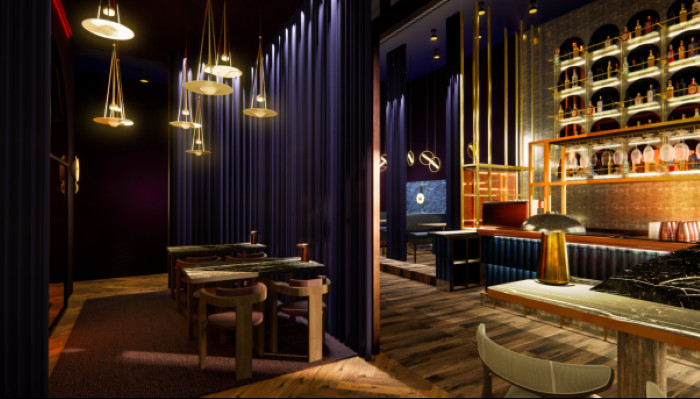 The Alchemist has announced the launch of its flagship venue in Spinningfields, Manchester following a £550k refurbishment.

The Alchemist Spinningfields opened in 2010 becoming one of the original bar openings in the area which has become a hub of bars and restaurants.

“The Alchemist footprint has spread across the UK over the last few years, as we’ve taken our hospitality brand down to London and up to Scotland, but we’ve always remained a Manchester company, at heart,” said chief executive Simon Potts.

“The Spinningfields venue is an institution and much loved by our teams and guests alike. The refurbishment also marks a new phase of growth for the business as we put the recent challenges behind us and look forward to the renewed evolution and expansion of the brand.”

The cosmic-inspired renovation will be accompanied by a new food menu and followed by a new cocktail & drinks offering landing in May.