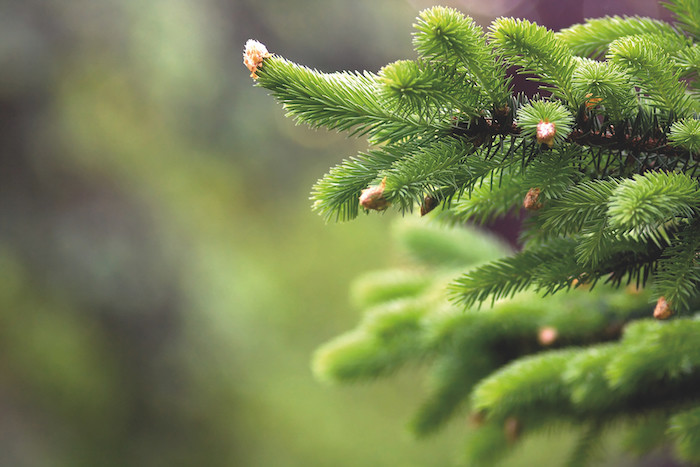 Winter might be the dormant season, but Anistatia Miller and Jared Brown still find plenty of jobs to do to make sure they get the most out of their garden year-round.

Winter the garden is at rest. Next year’s planting plans are already laid and, while smallholders of old spent the winter sitting around freezing and smallholders of today settle down to a box set series binge on Netflix, we’ve got drinks to make and flavours to explore.

Aside from yew tree needles (which are toxic), many other fir and spruce needles are not only safe to consume but offer a wide variety of wonderful pine and citrus flavours. The foliage of the noble spruce, for example, is generally higher in vitamin C than lemons and can pack a pleasant piney punch. We like to make pine syrup by bringing a saucepan of water to a boil, putting a generous handful or two of pine needles into the water and setting it aside until it is cool. We then strain out the needles and combine the liquid with an equal measure of water. It is the same as making simple syrup. The Nordmann fir, common on every stand of Christmas trees for sale, has a well-rounded pine and citrus flavour, unlike one of our favourites, the concolor fir, which smells more of oranges than pine and brings this unique flavour into a pine needle syrup.

As for mixing with pine needle syrup, the sky’s the limit. It is excellent in an Old Fashioned (simpler is always better in our book). But it is also great in hot toddies, along with honey and a cinnamon stick. Try it with gin to accentuate the piney character of the juniper or with whisky to add a bit of tree to the smoke.

Another hedgerow classic for citrus flavour is rosehip. Bright red on the rose bushes, these fruits stand out in the gloom. They just need simmering and straining out to give you sharp citrus liquid to use in making a syrup. From there you can even add an equal volume of vodka or gin to turn your syrup into a rosehip liqueur. Note – these have no rose flavour. That is exclusively the flower petals. The hips have a flavour closer to cloudy lemonade, but with a beautiful blush colour.

Another lost flavour is birch. Our forebears made birch tea, birch syrups, and birch beer. It has a sweetish and distinctly wintergreen flavour. And, as an added bonus, it is relatively easy to make. Take a handful of small twigs and/or peel a bit of bark. (Do not take too much from a single tree or ever take a section all the way around a tree as you can do serious harm to it this way.) Simmer the bark for 10-15 minutes in water, or equal parts sugar and water if you want a syrup shortcut.

One note: If you’re not sure the variety of birch you have is right for making a tea or syrup or liqueur, break a live twig off. Smell the break. Taste it. Find a bit of wintergreen? Then it contains methyl salicylate and is perfect for your brew. You can even Google which varieties contain this compound, but it is probably quicker to smell and taste. You can also order birch bark teabags online if you just can’t prise your feet out of those warm, fuzzy slippers today.

Our freeze-distilled cider was enough of a success that we will soon put another 10 litres of this year’s press into the freezer. This distilling technique is wonderful since you don’t need any special equipment. Any freezer will do. We placed our cider in the freezer. Left it overnight. Took the ice out and then put the container back into the freezer to repeat the process. (You can do these steps up to half a dozen times to great effect.) You lose a lot of the volume of the liquid, but if you think about it, taking a 5% abv liquid to 20% abv you need to remove more than half the volume of water in the cider. The calculation is simple: at 5% abv there is 5ml of alcohol per 100ml liquid. If you freeze it and remove half the cider’s volume in water, then 50ml of liquid now contains 5ml of alcohol. That's 10% abv. Another round will bring you to 20% and so on.

Meanwhile, we are heading back to the hedgerows. Even when the garden is bare there will always be ample foraging. See you in the spring.