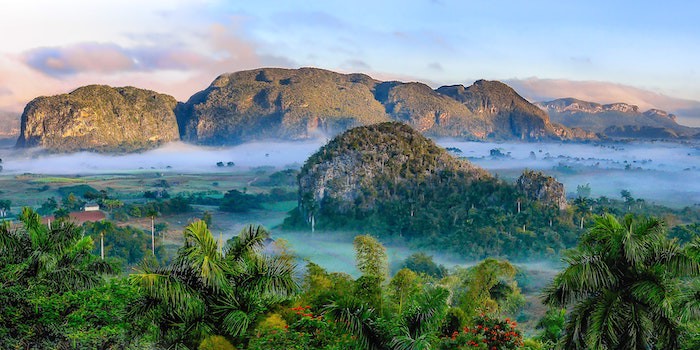 Unlike most other countries with a presence in the category, Cuba has a very precise method when it comes to making rums, producing terroir-driven styles from around the island. Ian Burrell has the details

Few categories have one principal flag-bearer, but over the past quarter century Cuban rum has been one. The Havana Club story – internationally, anyway – began in 1993 when Pernod Ricard and the Cuban government joined forces (Cubaron) to bring Cuban rum to the world.  But nearly 30 years on, things are changing. With launches from some of the world’s largest spirits companies, we are only now witnessing this category’s depth and breadth.

What is Cuban rum?

There have been many attempts to categorise rum. From the meaningless white, gold and dark to the colonialist titles of English, Spanish and French. But the best approach is to borrow from the way whiskies of the world are categorised – by place of origin or geographical indication. Cuban rum, or the process of making rums the ‘Cuban way’, is distinct – and by far the most popular style of rum making in the world, at least in terms of volumes sold.

Rums from the Dominican Republic, Panama, Nicaragua and Puerto Rico have been influenced by the Cuban style of rum, which tends to lean towards a light, dry and refined profile. They are a far cry from the pot stilled-influenced high ester or heavy rums associated with Jamaica, Guyana or St Lucia, nor are they as grassy, vegetal like rhum agricoles from Martinique or Guadeloupe.

The real skill of making rum the Cuban way is the knowledge of blending multiple aged rums, as well as the masterful use of old barrels. It might be easier to obtain wood-extracted flavours from a new or lightly used barrel, but  Cuban-style rum makers seek out the oldest, almost neutral casks to create a lighter profile and minimise the big vanilla woody notes associated with other styles of rum.

How is Cuban rum made?

The traditional Cuban style is to double age. Similar to the rums of Puerto Rico, Cuban rum uses two different types of column distillate. The first, known as aguardiente (Spanish for ‘fire water’), comes off the still at around 75% abv and is quite aromatic, flavourful, oily and has aromas of ripe sugarcane.

The second type of distillate, known as destilado de caña or redistillado is made in a modern, multi-column still, and is a much higher proof 95% abv as well as being lighter in flavour with subtle aromas. Unlike cane spirits in countries such as Jamaica, Barbados, Martinique and Guadeloupe, neither the 75% abv nor the 95% abv distillate is thought of as rum at this stage, as per the official Cuban definition.

The spirits are aged for a minimum of two years by law, and are then filtered then re-aged in old American oak barrels. Some Cuban rum brands will add unaged cane spirit to aged rum to create a flavour profile or ‘base’ to be re-aged accordingly.

Which Cuban rums should I have on my back bar?

Each brand is made under the strict guidelines for what defines a Cuban rum, so the use of 100% Cuban sugarcane and molasses, column still distillation only, minimum ageing of two years in American oak and a maximum bottle strength of 45% abv. But, much like Scotland has whisky made in different parts of the country that influence the flavour of the grain spirit, these Cuban rums are fermented, distilled, blended and aged in various parts of Cuba.

Their nuances are reflected by the regional profile of the terroir where they are created. On the west of the island rums are known for being intense, dry, punchy, like Havana Club 7 Year Old – perfect for various styles of classic Cuban cocktails such as the El Presidente.

Rums from the east are known for their subtle smoothness, fruity aromas and are ideal for drinking neat or with a cube of ice, like Santiago de Cuba 11.

Rums from the centre of the island, such as Eminente 7 (Villa Clara Province) and La Progresiva 13 (Ciego de Avila Province) are known for their light, fruity aromas, spices and natural sweetness, perfect for cocktails such as Daiquiris and Rum Sours.

So, in answer to the question, which one should I stock? Why not one from each region of Cuba, just as you would for scotch?

With the popularity of premium rums growing all the time, expect a few more old Cuban rum brands or new Cuban blends to appear on the market in the near future.