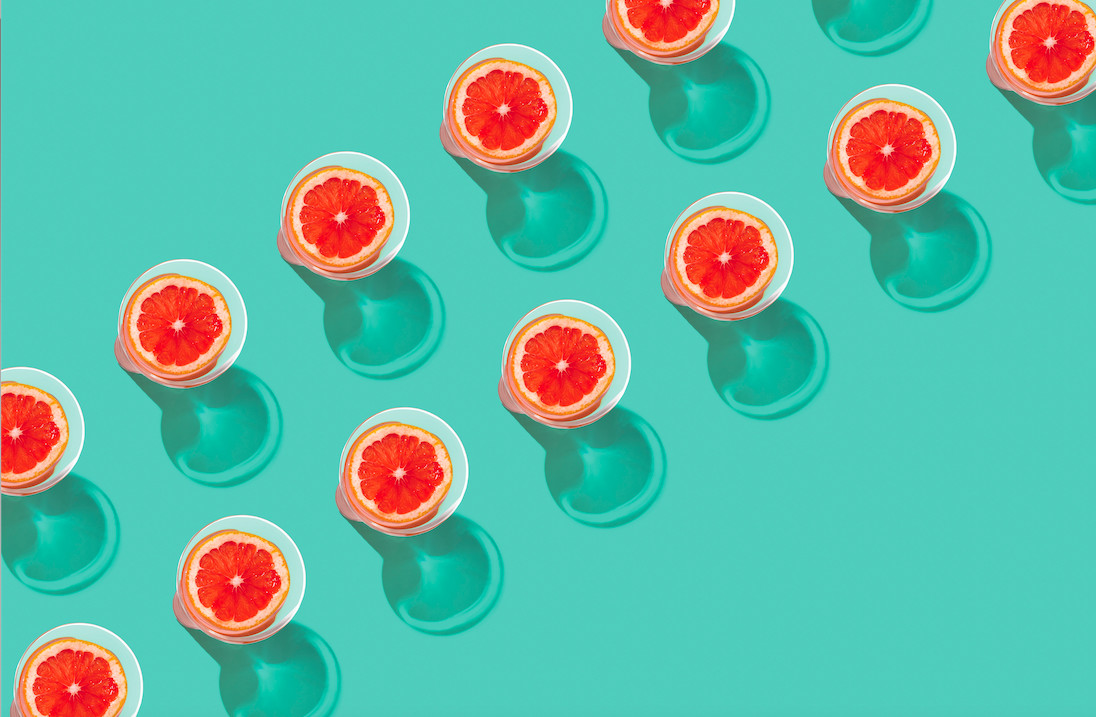 In search of the perfect Paloma, Laura Foster teamed up with The Distillery's Jake Burger to get critical on the vital citrus ingredient.

When it comes to grapefruit soda, the category has always held question marks for me. What should one actually taste like? Should it boast a piquant bitterness first and foremost, or should it be sweeter, more soda-like, with the grapefruit flavours playing more of a supporting role?

And what about when it’s used in a Paloma? I remember my first taste of a Paloma made with Squirt, the original soda, in Mexico – how I enjoyed it, but was surprised to find a lack of zingy bitterness. It completely contravened my expectations.

Talking to Jake Burger at The Distillery of this conundrum, we decided to hold a mini informal tasting across some of the products out there.

We gathered a line-up of various grapefruit sodas: Squirt and Jarritos from Mexico, Ting, San Pellegrino and Fanta, and two relatively new boutique brands in the form of Three Cents and Two Keys.

The tasting consisted of initially sampling the sodas alone over ice, and then mixed in a Paloma using Ocho (2019 vintage) and The Distillery’s spec of 35ml tequila, 15ml lime, 100ml soda and a salt rim.

What we quickly discovered was that the sugar tax has killed, or at least diminished, most of those currently on the market.

First stop was Squirt, which the Paloma would traditionally have been made with. Trying it alone revealed a subtle nose and mild palate, however there simply wasn’t enough grapefruit flavour. “It tastes like citric acid, sugar and water - a generic soft drink,” opined Burger. Looking at the label, the recipe now contains sucralose instead of sugar.

Surprisingly, it fared much better in the Paloma. An inviting agave-forward nose and palate, with a decent amount of grapefruit sweetness, it was the sort of drink you could easily sink a few of in quick succession.

Unlike Squirt, Jarritos is still made using sugar. With a frothy fizz, good grapefruit flavour and decent sweetness, we were impressed. It’s a delicious soda that surely would make a fabulous Paloma that was as authentic as original recipe Squirt’s offering? Well… just about. It had no real nose, and while it was a pleasing drink, it fell short of our lofty expectations. “However, I’ve just drunk half of it without even thinking about it,” Burger realised.

Moving on to Ting, which Burger reckoned was probably used by the majority of London bars to make Palomas, the soda itself boasted more grapefruit citrus flavour on the nose and initial taste, but then a wash of saccharine sucralose caused a flavour wipeout on the mid-palate. The Paloma was just as disappointing, with no real discernible grapefruit flavours at all. “It’s unpleasant how long it lingers,” declared Burger.

We’re fairly certain that Fanta Grapefruit is sold in the US, but makes its way here on the grey market. Made with corn syrup, to me it tasted of ice lollies and Irn Bru, neither of which was a criticism, but it felt wide of the grapefruit soda mark. Meanwhile, my tasting companion thought it was balanced, with “a nice degree of sweetness”. The Fanta Paloma – two words I never thought I’d write – was juicy, moreish and delicious, with more grapefruit character than the Ting and Squirt.

Moving on to the boutique brands, Three Cents’ Pink Grapefruit Soda has been made specifically for the Paloma. With a gorgeous pink hue, its tart grapefruit character leapt out of the glass, knocking all the others sideways.

“The Paloma we serve here uses Three Cents,” revealed Burger. “It’s definitely the prettiest colour, and it ticks all the boxes – you can taste the tequila, you can taste the grapefruit and you can feel the sugar.”

Two Keys’ Pink Grapefruit Mixer was a shock to the senses. Made with authentic grapefruit juice, the flavour was sharp, but this unfortunately tipped into acridity. And it welded itself to your palate. A look at the ingredients lists reveals both “organic cane sugar and natural sweetener”, and we hypothesised it’s likely the latter causing the uncomfortable length and flavour. The Paloma didn’t fare any better.

The less said about San Pellegrino Pompelmo, the better. The brand’s entire range is a shadow of its former self, and the Pompelmo fell in line with this regression. Sweetened with steviol glycosides, the soda by itself “tastes like watered-down grapefruit cordial with a vague saccharine-sweet finish”, thought Burger. The Paloma smelled like wet dog and tasted like an angry fight in a glass.

So what were our conclusions? First of all, actual sugar is needed. The three best sodas drunk both alone and in a Paloma were Jarritos, Three Cents and Fanta, with the first two containing sugar and the Fanta containing corn syrup.

As for which flavour profile is ideal, it boils down to personal preference, and the profile of your clientele.

For those seeking a more authentic Mexican feel that channels the Squirt Palomas of old, with a softer, sweeter and more rounded flavour profile, look to Jarritos. The bottle is almost twice the size of Three Cents, and has a retail price of £1.65, in comparison to Three Cents’ £1.25, making it better value for money.

For The Distillery, with its well-heeled West London crowd and their refined palates, the beautiful pink hue and bright sharpness of the Three Cents Paloma fits perfectly.

As for me, I went in expecting to prefer a more pithy, grapefruity cocktail and realised that a sweeter, more rounded drink was more to my taste, probably thanks to nostalgia. Because who doesn’t want to be reminded of drinking in Mexican cantinas? Salud!