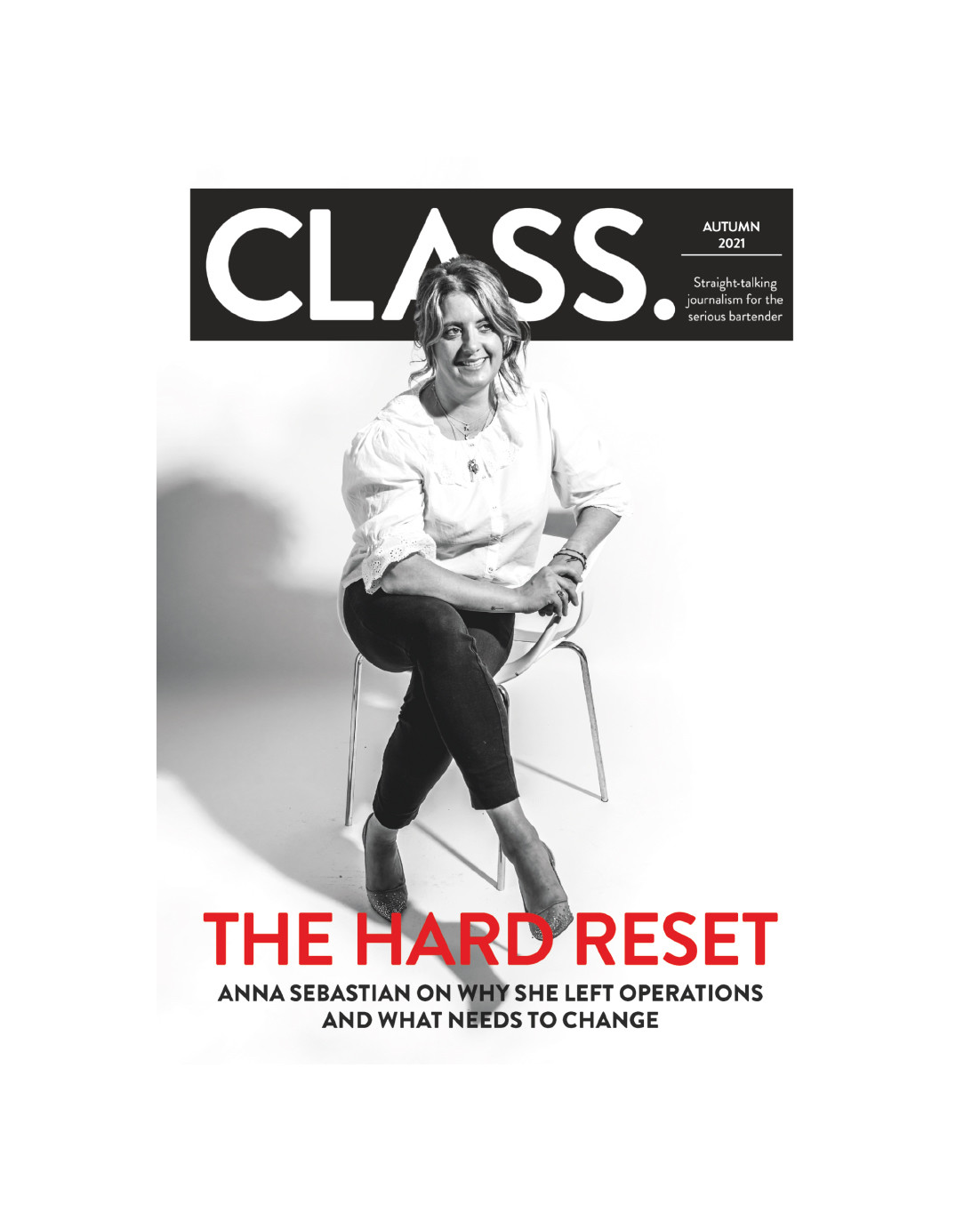 CLASS Autumn 2021 - The Hard Reset – has launched and is now available to subscribers to download here. If you're not receiving Class, it's free (to bartenders) – sign up for a digital or hard copy here.

Fronting our latest issue is Anna Sebastian, who has called time on operations after 16 years, and now opens up on the urgent need for change. Hospitality is more than just a meal, a drink, a place to sleep… it’s time we focus on employee experience as much as guest experience, she says on page 14 of the magazine.

Jake O’Brien Murphy too seeks industry evolution, one in which we stop glorifying the past and reflect modern, progressive values, to attract new, diverse talent (p18). Everywhere we look, new recruits are taking their first orders and making their first mistakes behind the nation’s bars. What we teach them now sets the tone for the future – something not lost on Mike Baxter, who has re-thought the way he trains rookie staff (p20).

Edmund Weil is looking beyond operations to the wider global landscape – will events, conferences and guest shifts ever be the same again, he asks (p24)? Certainly the profligate spending of old seems outworn against an industry still scrapping to survive. Iain McPherson suggests the answer to ongoing financial insecurity lies outside of the traditional bar business – it’s time to create new revenue streams, he says (p26).

As this magazine launches on the first day of autumn, Monica Berg unpicks what seasonality actually means (p30), while Anistatia Miller and Jared Brown make inroads into their bounty of squash and pumpkins (p32).

Ian Burrell is also back, this time with an eye on the changes in Cuban rum (p42) and Dave Broom gets into the details of what carbon-zero scotch might mean (p44). Laura Foster is on a quest to find the greatest grapefruit soda (p46), while Joe Wadsack has a guide to English still wine (p50) and Pete Brown comes with advice on cider that fits the definition (p52).

Jane Ryan sinks her teeth into the history of the Champagne Cocktail (p54), while we look back at the life of the too-soon departed Douglas Ankrah (p56). A first chat with Shannon Tebay (p62), the first female American Bar head bartender in almost 100 years, closes the book – and perhaps, symbolically at least, opens a new chapter.