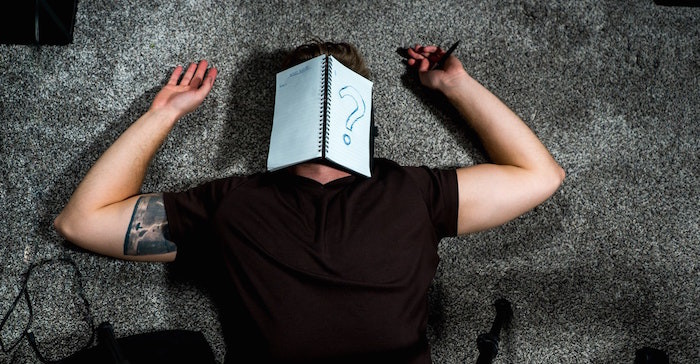 Jake O'Brien Murphy is a professional bartender, but his skills don't easily translate to a CV. He writes a column for CLASS about it instead

According to most sources, a good CV clearly lists all of your professional skills. That's tough. I mean, I know how to make drinks. But doesn't every bartender? Isn't that the fundamental point? I'm personable. While that is true it doesn't say much. My childhood neighbour Pat is personable but she wouldn't get a job in The Nomad. Or maybe, by the strength of her CV, she would.

So, what do I do, that's particular to me? I know how to make kettle eggs. Which, for those not in the know, is the method of cooking an egg in a boiling kettle. A makeshift solution to a quick bite on a Saturday night of dispense bartending. It takes particular finesse to achieve consistently runny yolks.

I’ve been around long enough to form opinions on things, a normal person wouldn’t waste time caring about. Like that, I don’t like to see malic and citric acid listed as ingredients on a menu. I think it’s unnecessary and comes across as an over-elaborate way to say “this drink is balanced”. Which invariably it isn’t. I used to use two of those fancy Japanese jiggers in one hand at a time. Then I realised it was stupid and I wasn’t any quicker so I stopped. I know there’s a screw inside the dump of a Hoshizaki ice machine you can remove without voiding the warranty that increases the load slightly.

I don’t think any of this would warrant being put on a CV. But, then again, I haven’t actually ever had a CV. Not since secondary school, when my list of academic and professional achievements was as long and unconvincing as my pubescent sideburns. It used to be a point of pride that I’d gotten jobs without a CV. I always felt like it played to my strengths that I could show my working by simply doing my job. I suppose that’s how it works when you’re primarily employed by independent businesses owned by people you get to know or come to know about you, either through word of mouth or working in a bar. Now though, since I haven’t been behind a bar in a year I feel seriously underprepared to write about my professional accomplishments.

In particular, I’m struggling with the tone. It seems like an exercise in boastfulness, which, is probably the point. But, the thing is, I can’t help but feel a sense of niggling shame when I write about myself in an overly positive way. I’ve noticed I’m trying to diminish my own achievements by sprinkling in some of my choice deficiencies. “I am punctual and reliable”, “I work well within a team” - “I think Babybell are an acceptable table cheese”, “I dislike the modern oversubscription of hugging almost-strangers as a farewell."

Why am I writing one in the first place? Well, I’m writing a CV because I’m anxious about the future. I’m operating under the conservative assumption that we are far from through the worse of it all and that the job market is set to contract even further. After seeing a social media post from a guy I used to work with, saying he’d managed to prove, for the first time in scientific history no less, the existence of parasitic worms in certain European countries, I couldn’t help but worry that I’d placed all of my kettle eggs in one basket. So, I’m trying to make myself seem more professionally eligible than the swathes of my deserving peers.

This all means I’m agonising over the most professional looking font. (I know it’s Calibri, so why am I so drawn to Garamond?). The long days of lockdown have brought into abrupt clarity, the fact that while I am the first to rattle the pans and call bartending a profession -“This is my real job, thank you very much” and all that. I could probably do a lot more to represent myself as that professional. So, that’s that. I’m trying something new. I’m putting it out there. There’s nothing like a year alone with your thoughts to stoke the embers of existential dread. I suppose the question I have to ask myself is, what is it I want to do next? What’s the CV in aid of?

I like to bartend. I think that I’m good at it. Then again, I've done that for a while and my circumstances have changed since I first learned to free pour: I’ve just gotten engaged, my knees hurt sometimes and I’m no closer to home-ownership than I was when sported my pubey sideburns. So, in the future can I still continue on as a bartender? Or do I need a career change? I’ve never thought of myself as a Brand Ambassador, simply because I think the job is very, very hard and requires a skill set I’m naturally lacking. I don’t know if I have the patience to listen to bartenders tell me why they prefer a competitor brand as if I’ve swapped my autonomy and ability to form cognisant opinions for a salary and a business card.

Then again, I wouldn’t suppose I’d have much patience for guests who inform me they are on a zero-sugar regime, pontificate on the importance of a healthy diet, ask me to jump through hoops of their own design only to order successive Long Islands after the first face puckeringly awful, sugar-free Margarita. But, I actually really do enjoy it. I like finding out about people and talking to them regardless of their bad tastes. So maybe I could.

A consultant? Well, there’s a title with about as much weight behind it as Intoxicologist or Molecular Lol-ecologist. Anybody can consult and goodness me they do. Sure there are fantastic consultants, people I look up to with libraries of knowledge and applied skill but I doubt they’re going to seed any ground to the person who’s literally just insulted their entire livelihoods. Plus, I opened my own bar, realised I was terrible at it and left shortly after.

But I think now is the right time to write my CV and let people know: hey, my knees do hurt but I am a professional.