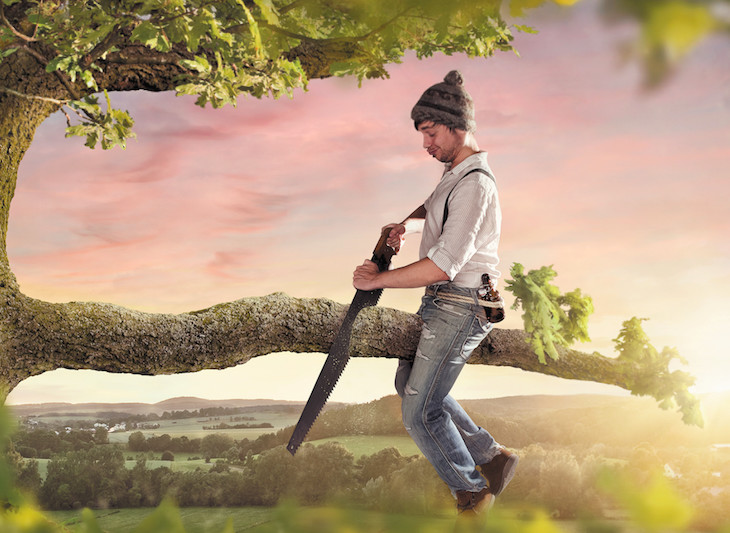 The dowsides of Brexit to the bar industry can’t be ignored, but Edmund Weil steps up to his brief and looks for the light hiding in the shadows

It’s 10 years since I entered the industry in earnest by opening Nightjar, and it’s been one hell of a decade for cocktail bars. In 2010 – despite the global recession – the industry was clearly going places. By halfway through the decade, the second Golden Age of the cocktail was in full swing: press and public couldn’t get enough of us, and as cocktail bartenders and entrepreneurs began to show up alongside restaurateurs and celebrity chefs in lists of cultural influencers, craft bars became an increasingly common sight in suburbs and small towns across the UK. Every time we feared the boom had peaked, fresh concepts and ideas would breathe new life into the industry. The UK’s burgeoning scene was mirrored by a flourishing global industry, both in established and emerging markets, opening up new avenues of travel, business and learning for bartenders. To quote Harold Macmillan, we’d “never had it so good”.

And yet the mood in the UK industry today might just be the gloomiest I’ve ever seen. Politics, eh? In my experience hospitality professionals form an overwhelmingly progressive liberal political cohort, and the years leading up to the new decade – culminating in Boris Jonhson’s crushing victory in the recent general election – have been deeply demoralising for many of us. In particular, the grinding, drawn-out uncertainty over our departure from the EU has worn us out – and recent developments appear to indicate we’re in for a harder Brexit than many of us anticipated. This has material repercussions for our livelihoods, which go beyond our personal moral and political disgruntlement. The impending end to EU free movement, coupled with an apparently ambivalent approach to EU nationals already living and working here, has seismic implications for a workforce already experiencing a people and skills shortage. The recent announcement that the UK does not plan to retain close alignment with the EU on trade standards augurs additional import costs and probable supply problems for the huge range of goods we make use of day to day in our bars and restaurants. The decision of Tim Martin, our industry’s only prominent Brexiter, to phase out many European product lines from his Wetherspoon’s pubs back in 2018 now feels grimly prescient. Add to this the very real possibility of a recession once the full economic fallout of severing ourselves from our closest and most lucrative trading partners starts to bite, and suddenly the doom and gloom feels palpably justified.

This is probably an appropriate time to confess that I committed to writing an article on reasons to be optimistic about the new decade.

If the financial crash of ’07-’09 taught us anything, it’s that you can’t keep a good bar down. The Great Recession may have put a bunch of strip clubs and bottle-service nightclubs out of business, but it also served as fertile ground for a cocktail renaissance. With less money in their pockets guests became more discerning, seeking the sort of authentic, reasonably priced, craft drinking experience which has turned the UK into a beacon for the world’s bar industry. There may be dark times to come but the UK public will be drowning their sorrows in great cocktails.

Free movement brought so much more than just manpower to our industry; many of its trailblazers have been European, helping weave the UK bar scene into the rich tapestry of techniques, ingredients and approaches to hospitality it represents today. While we can hope to retain the brightest and best, it is indeed tragic to think of the next Marian Beke, Alex Kratena or Ago Perrone making their career elsewhere because they couldn’t get a visa. The chink of light here is that the very skills shortage exacerbated by the end of free movement could open up the opportunity to look beyond Europe in recruiting the very best bar professionals from across the world into our ranks. It’s not going to be easy: UK Visas and Immigration is notoriously clunky and inflexible, especially when it comes to hospitality. Yet, with the right kind of lobbying I would not be surprised to see – for instance – a Japanese head bartender at The Savoy’s American Bar before the decade is out.

Look to the strength within

For all its great benefits, the wealth of hospitality talent available effectively on demand from the EU led to a good deal of complacency within our industry. It wasn’t until 2016 that business owners and managers in the sector began to ask themselves where the next generation of talent was going to come from. It’s obvious now that we’re going to have to attract many more British people into an industry which has traditionally been scoffed at as a “poor person’s job”. Although the bar industry is more lucrative, more prestigious and bound together by a stronger sense of community than it was 10 years ago, we still have a long way to go. The challenge of making hospitality a genuinely attractive career choice to talented British people from a wide range of backgrounds could be transformative. Now it’s down to us to pay better, provide better working conditions and training but, above all, to champion hospitality as the joyful and rewarding industry we know.