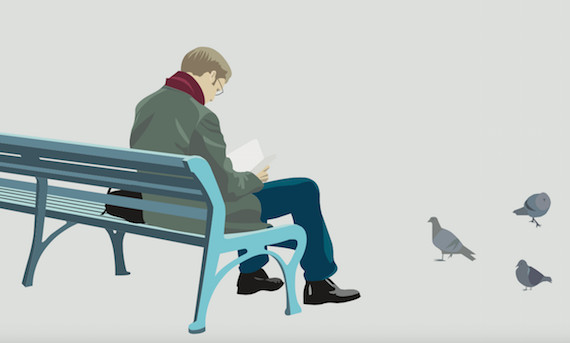 Redundancy has become the fate of far too many talented bartenders. Jake O’Brien Murphy opens up

I’ve been finding myself with nothing to do with alarming frequency lately. In case you missed it because you’ve been trapped in an airtight box with your fingers in your ears, the world has gone a bit mad. On a personal note, I’ve felt, save for a few self-indulgent hiccups, that I’ve weathered the storm with an inside-out umbrella and a sigh. During one such afternoon of not-much-to-do, I found myself in Soho Square in the grip of the crisp autumn air. Alone on a bench, twiddling my thumbs, I watched a pigeon peck at the sinew of a mangy chicken bone. The pigeon looked as pleased with itself as a bird could – after all, it had leapt the food chain considerably and lacked only condiments and small talk in enjoying a recognisably human meal. I snapped out of my morbid interest in the scene before my restlessness caused me to read too much into some hidden meaning. I was jobless and properly so for the first time since, well, since I was legally required to pay tax. It’s been a few months since I left gainful employment and already I’d become one of London’s rudderless park weirdos.

Now, anxiety is an old flame of mine. So I know roughly how to deal with it when I notice it has moved its toothbrush into my mind’s bathroom. Anyway, I was as prepared for it as I could be. I know myself a little by now, so was confident that after being made redundant I could manage whatever my little sad-boy brain had in store. I don’t beat myself up as much anymore and I try to remain constructive, I drink plenty of water and I take time to “critically reflect” each day. Which incidentally is what brought me to Soho Square in the first place. What I didn’t expect or account for was the sheer, gnawing boredom of redundancy. Even that, though, would be manageable if it wasn’t so open-ended. So uncertain. My preliminary line when people asked what I was doing was “I’m going to wait until this is over so I can see the state of the industry”, which I thought sounded portentous and clever.

It wasn’t. I realise now it was the sapling of self-doubt. I was compensating for my concern by overstating my intellectual qualifications in knowing the unknowable. It is tough for me to admit – but I think very important in the long run – that for a small time, my rational self was cannibalised by professional jealousy. At first, I didn’t recognise what it was. I saw people I considered peers returning to work and, while I was happy for them, I felt a twinge of something else. I was constricted by the assumption that I was in the process of being left behind and it infuriated me beyond belief. I’d worked hard for my entire career and now, because of the arbitrary forces of luck and government mismanagement, none of it seemed to matter.

“That’s looking at the cup half empty,” I mumbled to myself while critically reflecting in Soho Square, reaffirming in the minds of passers-by that I was just another of life’s misfits. I was healthy, happy and recently engaged. That’s glass half full stuff. While it is probably true that I have worked harder than some, it is equally true that others, who happen to share my current state of unemployment, have worked much harder, for much longer and with far more grace than I ever have. Everyone, I soon realised, is in the same boat. With the lifejacket still securely fastened and an eye out for storms ahead. Everyone deserves the equal right to earn a livelihood. It was a misuse of emotional energy to feel bitter and, no matter how fleeting, I’m ashamed that I was.

Ultimately, I feel a growing sense of disenchantment with how the hospitality industry has been treated. Those whose democratic mandate it is to serve have repeatedly failed those whose profession and passion it is to serve. While I do feel somewhat vindicated by the satisfaction that I’m about to call them all “utter bastards” in print, it is hard to disregard the reality that this mishandling has closed businesses and irrevocably ruined lives. The shower of utter bastards. This period has changed the landscape of our profession for years to come. I don’t know what that means and I don’t have the energy to pretend to. I know this though, right now, there are no bad jobs and there’s no shame in asking for help. Things can always change given a spark of opportunity; pigeons are eating chicken in our parks after all.