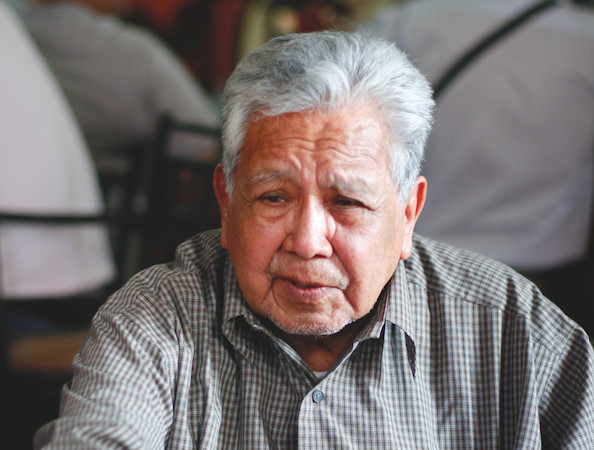 Jake Burger pays tribute to Don Javier Delgado Corona, famed for his church to hospitality, La Capilla, and his way with a Batanga

On February 29, 2020, time at the bar was called for Don Javier Delgado Corona, who was 96. He is survived by his sister, Martha, and several nieces and nephews, including Aron, who has been running La Capilla in recent times.

Don Javier occupied a unique place in contemporary drinks culture as he was part of a generation that mostly weren’t lionised. He was celebrated less for his cocktailian proficiency – though he could certainly mix a mean Batanga – than for his impeccable hospitality and his immeasurable good nature.

Javier was born in the Jaliscan town that gave tequila its name. He spent his youth helping his father assemble barrels for tequila transportation, so it could be said that the dye was cast early for young Javier – a life immersed in agave spirits beckoned. Sure enough, when his father left the cooperage and bought a billiard hall in Los Portales in Tequila town, Javier found a role in the hospitality world. Quite when the billiard hall opened and when Javier’s work there began will perhaps always elude us, such are the vagaries of bartending history – particularly in Mexico – but it is often said he spent at least 70 of his 96 years behind the bar, and one suspects it may have been many more.

In his good friend Tomas Estes’ 2013 book, The Tequila Ambassador, Don Javier explains that upon his father’s passing, some 42 years after opening the bar, that he was heartbroken to find himself in a financial position whereby he was unable to continue the lease on the billiard hall and instead opened a cantina bar in his father’s old house at 33 Calle Miguel Hidalgo. A bar, which though never sporting a sign to say as much, would come to be known and loved by many as La Capilla (The Chapel), though Don Javier, as a devoutly Catholic man, had his reservations about that name: “A chapel is where you go to praise God, not to drink.”

La Capilla was the root from which Don Javier’s fame would spread. A simple, high-ceilinged, single- storey building, on a relatively residential street, not too far from the centre of town, in a room lit by naked lightbulbs, and home to an array of mismatched furniture, an impressive collection of sporting trophies, an uncluttered collection of tequilas, one risqué 1970s glamour poster and, in later years, a gallery of framed photographs of our industry’s fallen friends, was where Don Javier would build his chapel. In 2011 it was named the 16th best bar in the world.

Some claim La Capilla to be the home of the Batanga, and celebrate Don Javier as its creator, though one suspects the Mexicans have been enjoying tequila and cola with a squeeze of lime for a little longer than La Capilla’s history. It has, though, become the de facto home to that drink, and suffice to say it became something of a rite of passage for a lucky few to watch Don Javier mix it in La Capilla. Stirred with a weathered knife, ‘seasoned’ by hours of lime and chilli chopping, Javier’s method has become the only way to mix the drink – Don Javier’s Batangas became the stuff of legend.

La Capilla was a reflection of its proprietor – humble, honest, beguiling and magical. How it became a mecca for the global tequila and bartending family can perhaps best be attributed to some of its longest- standing patrons, and none more so than Tomas Estes and Julio Bermejo.

“I was introduced to Don Javier by master distiller Don Agustin Sanchez, who greatly enjoyed the Batangas and the camaraderie of La Capilla,” says Bermejo. “After a few Batangas and some tequileño, like many, I instantly fell in love with the place. However it was apparent that the cocktails and tequila were not the most important things being served here. Over the course of 29 years, I would marvel at how Don Javier made his signature serve and how he held court without ever raising his voice. I felt obliged to take as many people as I could to this small bar. Fortunately many of those friends, despite not speaking a word of Spanish, understood Don Javier completely.”

In conversation with Tomas Estes, Don Javier said: “I esteem them all for being your friends, your friends are my friends. Even though I don’t know them physically at this moment, I know them spiritually because they’re friends of yours. In my humble way I greet everyone, all the world, and if one day they come here, and I’m still living, I am at their service whoever they may be. I have open doors for whoever may come.”

In 2004 Bermejo and Estes accompanied a group of international bartenders to La Capilla, including Dre Masso and the much-missed Henry Besant; a trip one could argue subsequently led to the explosion of tequila interest in the UK. At the end of the trip Julio and Henry returned to La Capilla to bid their farewells to Don Javier. Bermejo’s memories of that encounter start with Besant asking who would succeed him at El Capilla. Don Javier placed his left hand on Besant’s right shoulder, looked at him and said: “Tu lo haras (you will).” There were tears in our eyes as we got up, recalls Bermejo.

Sadly Besant’s picture would, in due course, join that of Gregor De Gruyther on the wall behind the bar. The wall where Don Javier celebrated those guests who had checked out early. For many, Don Javier’s passing will be made all the more poignant, representing as it does the breaking of another thread connecting us to those who left too soon.

Sophie Decobecq of Calle 23 tequila was a great companion to Don Javier in his later years. “He did remember each of you until the last moment, and had his memory intact. He passed away during his afternoon nap, with caring people around him.” As is the Mexican way Don Javier was buried quickly after his death, having laid in state at La Capilla for the preceding hours. “Que Dios siga bendiciendo a Don Javier.”