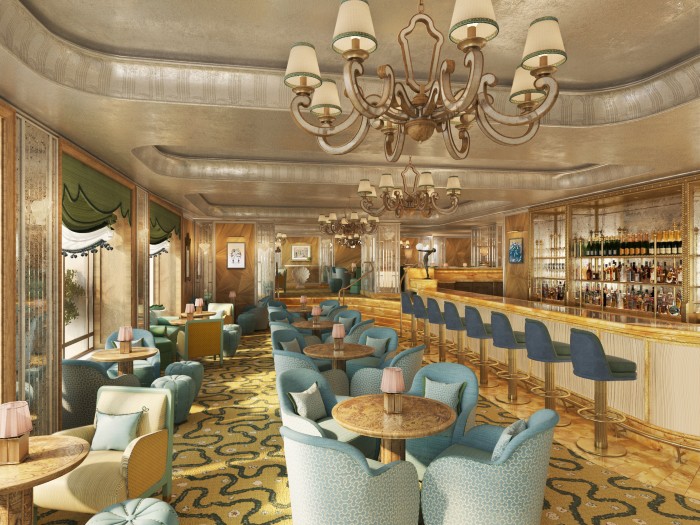 The Vesper Bar, in the former space that housed The Bar at The Dorchester, has been designed by Martin Brudnizki and inspired by the hotel’s connection to James Bond author Ian Fleming.

The drinks list has been curated by head bartender Lucia Montanelli with Scott Gavin joining the team as bar manager following spells at Scarfes Bar, Tom Kerridge, and Fitz Bar.

The Artists’ Bar is a new addition to the hotel’s line-up with a cocktail list, served tableside on trolleys, inspired by the collection of artworks that adorn the walls.

Alongside the bars, the hotel has also unveiled The Promenade restaurant with new interiors by Pierre-Yves Rochon and a new menu overseen by culinary director Martyn Nail.

The hotel’s re-designed rooms and suites are se3t to be unveiled in March 2023.