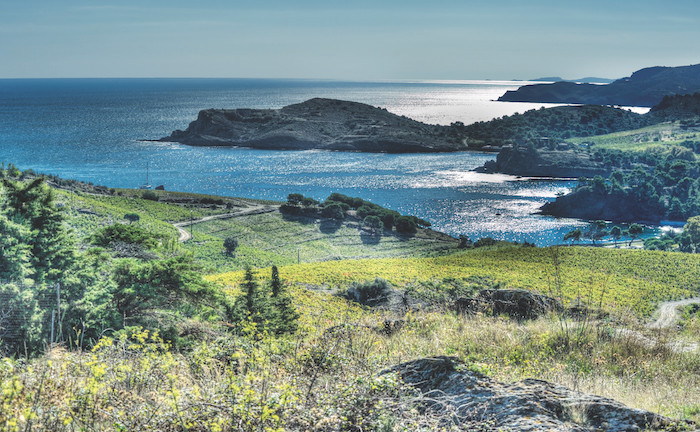 Joe Wadsack turns to the country where fortified wines were invented to look at the sweet versions that likely came about in the 13th century.

Following on from the previous edition, the penultimate article in a series looking at the mixability, consistency and sheer joy of fortified wines, we come to the country where they were invented. Precious little is left in terms of production, but what remains is remarkable. In a country where a bottle of Chardonnay can set you back €5,000, fortified wines again offer a bastion of beautiful wines that, certainly when age is brought into the equation, provide some of the country’s finest value wines. We are, of course, talking about France.

The French have a name for fortified wines that perhaps explains what they are with a little more detail. They are known as vins doux naturels (or VDN) which, simply-translated, means ‘natural sweet wines’. Well, there’s hardly anything natural about bunging distilled alcohol into a young fermenting wine to stop it in its tracks, but that is what VDN means. You see, the one thing that IS natural in this process is the sugar. All the sweetness in a VDN is provided by the original grape juice, not by added honey, or other sweetness. The term VDN also doesn’t dwell on the fortification part either, because the point isn’t that the drink ends up with more alcohol, but that it ends up with more sugar.

Some VDNs have less than 15% alcohol, which is easily achieved by a basic red wine in the Rhône for instance. So, by adding neutral (grape-derived) spirit, you retain and preserve the sweetness, the freshness and the tannins of the original grapes, without necessarily increasing the alcohol of the resultant wine.

I said initially that the French invented this process. If literature of the time is to be believed, this process was being used as early as the 13th century, when it quickly transpired that wine travelled and stored better if subjected to a cheeky addition of straight-up booze, way before any understanding of microbiology and germ control. Arnaud de Villeneuve (Arnaldus de Villa Nova, in fact) was a doctor, a theological fanaticist and, some thought, a living, breathing alchemist from this time. It would appear that he was the first academic to write this process down, although legend has it that the first liqueur wine made this way was probably made, by accident, in Cognac. In the 16th century, some fermenting grape juice was accidentally added to a barrel containing a small amount of brandy and left to ferment anyway. So was born Pineau des Charentes. Liqueur wines started cropping up everywhere in France. Floc in Gascony, Macvin in the Jura, and Ratafia in the region of Champagne. It was only then that the English became aware of this process and realised that it would help preserve wines coming from Portugal by ship in the 17th century.

What does that leave us? The best has been kept for last. There are pockets of fortified dessert wines along the south of France, all the way from the Spanish border to the Italian one. Starting from the extreme left, there is a small pocket of vineyards in line of sight of the Mediterranean Sea inside the wider appellation of the Côtes du Roussillon, in two adjacent appellations, Maury and Banyuls. What separates these two appellations from ALL of the others in France is, first, that it is an appellation purely for these delicious mouth-watering, sweet wines and, second, that they are red. This is the only place in the world that lays claim to making red fortified sweet wines before the invention of port.

They are, however, quite different in soul. They are less alcohol, rarely over about 16.5% alcohol, and they are not aged in wood for a long time, but rather in glass demijohns that are left exposed to the sun, giving a so-called ambrée character to the wines. The very finest examples age beautifully, and are said to be the only red wines in France that taste delicious with chocolate. They don’t trade hugely in tannin, and are made from at least 50% Grenache, a fruity grape with high sugars but low tannin. Domaine du Mas Blanc Vieilles Vignes Banyuls from a great vintage like 1967 needs nothing more than a Toblerone to provide an out-of-body experience, and can be bought for around £50. Truly exceptional value for money when compared to vintage port.

Cazes Fréres and a few other estates are famous for making wine in the appellation of Rivesaltes in a similar style, nearer to the Pyrenees. They also produce a sublime white version made entirely of Muscat, lighter, more perfumed and paler than the great Moscatels from Setúbal, mentioned in the last edition. But the true queen of young fortified Muscat comes from a small enclave within the Côtes du Rhône in the south east of France, called Beaumes de Venise.

It might be a bit churlish of me to suggest this, but there should be a bottle of Beaumes de Venise behind every serious bar. It is a delicious, fragrant aperitif, smelling of honeysuckle, lemon, dried peaches. It is a perfect match for winter desserts, everything from chocolate fondant to mince pies and Christmas pudding itself. It is also ridiculously mixable. There is no end to the cocktails that it can make, and it offers a cost-effective, low-alcohol, high-flavour alternative to a spirit modifier in a drink. Infuse strawberries in Beaumes de Venise overnight, add to a glass of champagne, and voilà. It’s spring all over again. In the meantime, Merry Christmas.