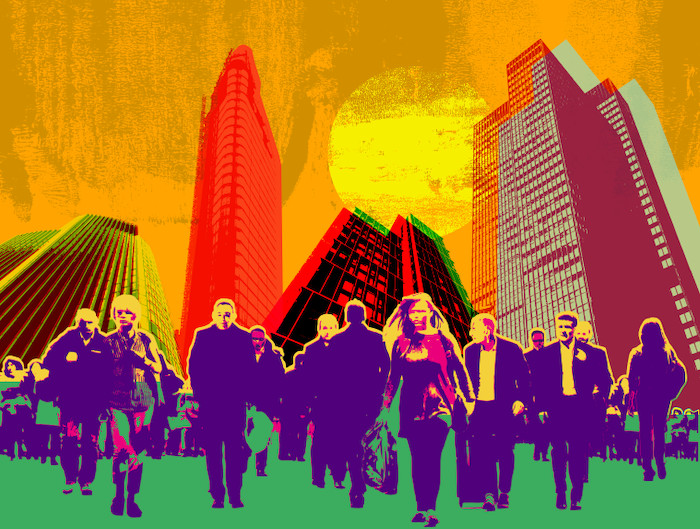 The recession is going to be the longest on record, says the Bank of England. So what does this all mean for bars and bartenders? Oli Dodd looks back to look forward.

it was Franklin Roosevelt who said: “A smooth sea never made a skilled sailor” – a quote best viewed as a cursive font tattoo or on the wall of a public toilet, but a comforting mantra for the hard times, nonetheless. Pressure makes diamonds, hard knocks soften rough edges, when the going gets tough, the tough get going. I bet you’re feeling better already.

But what if your boat’s already shot full of holes and you’re facing a tsunami? You might be Ben Ainslie, you’re still fucked.

The Bank of England has warned that the UK is facing its longest recession since records began a century ago and in response, raised interest rates by the most in 33 years. After the past couple of years, these are very choppy waters. A shrinking economy, soaring energy prices, and a historically unpopular government with an unelected leader – haven’t we been here before?

“Although the credit crunch cause of the Great Recession of 2008 is different to the current situation, the resultant decline in consumer confidence does offer some insight into what the impact on the hospitality sector may be,” says Rajeev Shaunak, partner at MHA Macintyre Hudson, a firm that provides financial and business advice to the hospitality sector.

“As house prices dropped, perceived consumer wealth in the UK led to a considerable cutback on spending, while high gas prices also took a toll on consumer confidence. Declining consumer confidence at that time had a large impact on restaurant sales and profits in 2008 and led to many closures and insolvencies.”

While the economy was tanking, cocktail bars were a different story entirely. “The banks crashed, yes, but that opened up the cocktail bar scene for more independent operators,” says JJ Goodman, who launched London Cocktail Club in Covent Garden shortly after the crash.

“Callooh Callay opened its doors in 2008, Venn Street Records, 69 Colebrook Row and Purl followed shortly after. Menus got smaller, more intricate, there was heavier mise en place, the speakeasy hadn’t quite been invented yet, hotel bars were still shit, molecular mixology was just getting going, and creativity was running wild.

“But, it was a crap year for us. In July, we turned over £7k gross and we would’ve shut down if my little sister, Ava, hadn’t loaned me her last pennies to help me with the rent. The following Christmas was massive and saved our bacon. The whole crash lasted 12 months for us, then we really launched.”

It was a foundational time for what would become the bar scene we recognise today. But nostalgia can be a liar, and 2008 wasn’t a drunken hive of launches. While many independent bars were opening their doors, the year saw a thousand pubs permanently close theirs, according to BBPA data. There was chaos, but there was an opportunity, albeit one to be wary of.

Martin Greenhow is managing director at Mojo, which he joined in 2003 to control the financial side of the business. “Back in 2008, Mojo was about to sign for our Liverpool site and, critically, we held off the decision until we heard that the Bank of England was holding interest rates,” he says.

“We were also in a position of having minimal debt and a healthy balance sheet. There was a storm brewing, but our ship was well-equipped, and we sailed through it by working hard and sticking to our task.”

Today, minimal debt and healthy balance sheets are a bit of a rarity in the bar operators’ ledgers. “Our sector, more than any other, has spent two years having to scrape by in siege conditions with occasional and meagre rations handed out to us,” says Greenhow. “As we all come staggering back into the light to try to regain a foothold in solvency once again, carrying on our metaphorical backs vast swathes of debt, we are met with a swarm of additional challenges. Rental arrears, unprecedented Brexit and Covid-related staff shortages, exponentially escalating energy costs, product shortages.”

Shaunak continues: “Even businesses that perform well will struggle to maintain profits, as the ability to raise prices on the back of increasing fuel and grain prices will be limited in the face of cost-conscious consumers.

“The economic outlook in the next few months will be a make-or-break situation for many in the sector and it is hoped that any recession is less severe and shorter-lived than the slow recovery from 2008. The government that many are pinning their hopes to has, realistically, limited room for manoeuvre as it tries to balance its post-Covid books.”

The Bank of England expects the coming economic downturn to extend well into 2024, over which time unemployment rates will double, and energy prices will remain high, but what was that about calm seas?

“I’ve never seen so many bars closing in my career,” says Goodman. “I feel like everyone has taken a deep breath with the news being so bad. But inevitably that will return to normal, it always does. With everything we’ve faced these past three years, I’m confident that the businesses that have survived will thrive again soon enough.

“I don’t think 2008, or now, or in between, vary at all,” he continues. “You’ve gotta run your business margins the best you can. Cost of sale 25% or better, labour the same and if you’re there or thereabouts you’ll be fine.

“Anthony Bourdain said of the 2008 crash that there was never a better time in history to eat and drink out. The same hosts who laughed at you for a late booking were now grovelling for you to come in. The guests are going to win in this scenario, as the world of hospitality puts them first once again – if businesses don’t, they’ll die.”

The idea that we’re in some way collectively better off for hardship is the kind of romanticisation of suffering that doesn’t help anyone. Some bars will try to do everything right and still close, while others will be able to count themselves lucky. But if anything can be learnt from 2008, it’s that the bad times don’t last forever.