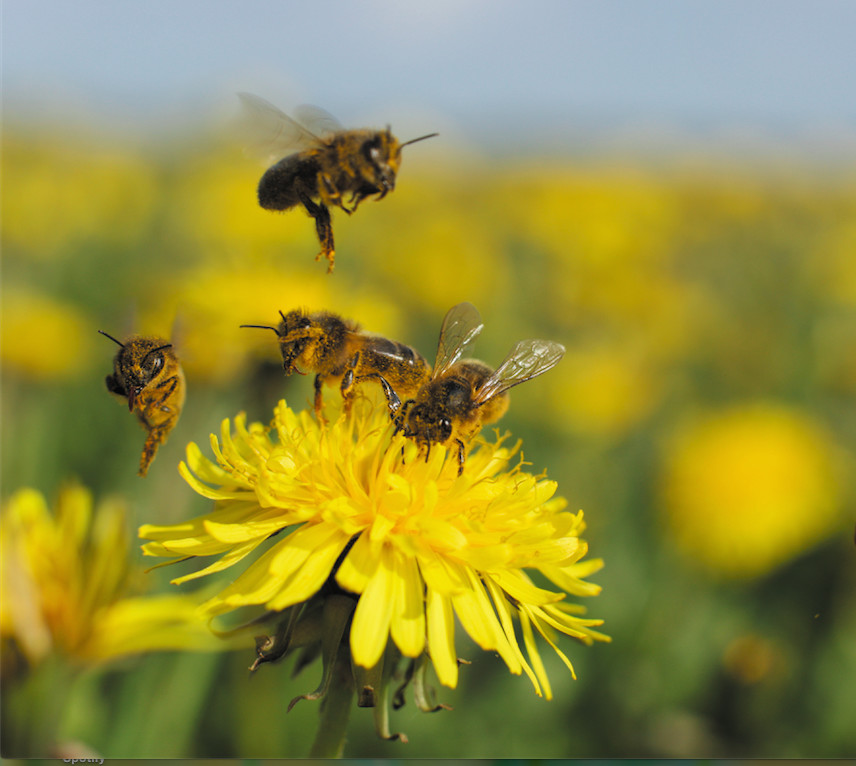 So, it’s the zombie apocalypse. You can’t get to the shops – or don’t want to. Last week’s tinned beans stockpiling led to this week’s loo roll shortages. Now what? Self-isolation has always appealed to us, so we jumped at the chance to get into the kitchen. Thankfully, the garden is far from bare. The first fruit blossoms are appearing everywhere. We have loads of empty bottles and plenty of sugar. We were feeding it to our bees, which industriously convert it into wax to store their pollen and nectar. But they’re done with that now and the excess won’t go to waste. Add a bit of yeast and it’s spring winemaking time. There’s no immediate gratification to this, so here's some liqueur inspiration.

“Stoned all the time on dandelion wine What else can I do I've been this way everyday now that we're through.” The Hollies, Dandelion Wine, 1970.

Jared here: I remember that first bottle fermenting in the cellar the year the Hollies’ song debuted. Cloudy liquid swirling slowly inside green glass on a worn, wooden shelf at the back of the cellar. Laurie, the eldest sibling at 18 that year, had probably heard The Hollies song and invited me to bring in as many dandelion heads as I could. The lawn, garden, and even the edges and middle of the gravel drive – the part between the ruts – were carpeted green with clusters of gold. Even with a six-year-old’s attention span, I could bring in enough to claim I’d helped. The bottle fascinated me, and I would peek at it there on the shelf among my mother’s Ball jars of strawberry jam and glass-lidded Kilner quart jars of stewed tomatoes from the garden. Annoyingly, I didn’t jot down any tasting notes, and cannot for the life of me recall how that batch turned out. But I remember how to make it.

Dandelions are about to pop up around us. Already here are sloe blossoms, cherry blossoms, hawthorne and loads of others; roses work, too, though only unsprayed ones. Elderflowers are not far off. Soon Britain will be blanketed in blossoms. The big secret for dandelions is to use only the yellow petals, never the green base of the flowers. The green will turn it unpalatably bitter. The other trick for this and any other spring blossom wine is to balance the flavour with citrus – orange and lemons. And even the oldest recipes generally call for a handful of raisins.

You'll need: 600-700g flower petals, 4.5 litres water, 2 oranges, 1 lemon, 1.5k sugar, 1 package of wine or champagne yeast, 2k raisins. Place the flowers in a large crock or pot. Bring the water to a boil. Pour it over the flowers. Cover them with a cheese cloth and let them steep for three days. Add the zest, place the mixture back into a pot and bring it to another boil. Remove from the heat. Stir in the sugar. Add innards of the oranges and lemons while minimising the amount of pith added. Once the mixture has cooled, place it in a reasonably warm, dark spot. Add the raisins and yeast and transfer to a lidded brewing bucket with an airlock. The bubbling should stop after about two weeks. Then it’s time to filter and bottle the wine, and set aside for at least six months to age.

While shopping on Ebay for koji (we are considering brewing a batch of saki) we spotted dried damiana leaves on the same page. Damiana is a shrub native to Latin America. Its lemon verbena-shaped leaves and small yellow flowers give it the appearance of St John’s wort. There is a persistent rumour that damiana was the original liqueur in the Margarita, replaced by triple sec. Damiana was banned in the US until recent years (it’s still illegal in Louisiana). It is attributed with aphrodisiac and hallucinogenic properties (the former was demonstrated in a study on rats, so keep it out of reach of horny rodents; the latter seems entirely unproven) so it comes with loads of mystique. Plus, the flavour is not bad. We found some damiana liqueur in Mexico about 10 years ago. So, it looks like it’s time to make a batch of damiana liqueur. For this, we will brew a damiana tea, add an equal measure of sugar, then measure the result and add an equal measure of spirit. For this, perhaps nine parts vodka to one part mezcal. (As always, check with your doctor before ingesting anything, ever.)

Survival tip: Microgreens and other home-grown foods. We’ve just pulled out our propagators to start the lettuces, pea shoots, corn shoots and other basics. However, you don’t even need a propagator. It’s as simple as putting seeds between layers of kitchen roll in a bowl and keeping the kitchen roll damp. Have a peek every day and in a week you should have a good load of better sprouts than you could find in a shop. Check out our article in the previous issue for lots more thoughts on this.

Survival tip: Yes, we’ve been making hand sanitiser at home. It helps to have 96% abv spirit, as you don’t want the final mixture to fall below 60% abv and you need to add a couple of other ingredients –Stroh’s 80% ought to work pretty well. We use four parts spirit to one part aloe vera gel and add a splash of hydrogen peroxide. We made another that was simply neutral spirit and the aloe vera juice sold in natural foods shops as a food supplement. That one was drinkable, but will never replace our 5 o’clock Martini.