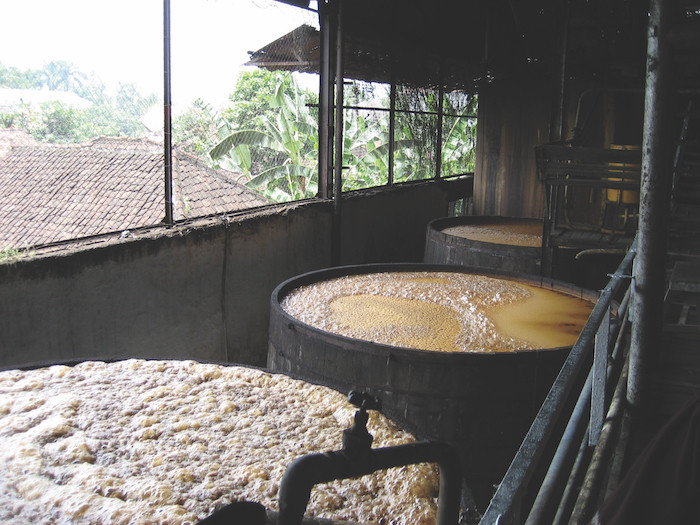 In a nutshell, batavia arrack is an Indonesian forebear of rum. Made from sugarcane molasses, what is significant about this spirit – other than the fact it is exclusively made on the island of Java – is what is used to kickstart the fermentation process.

“Normally, if a rum producer starts fermentation, they are using cultivated yeast or wild yeast in any form. In Java they are kickstarting the fermentation by using wild yeast, and this type of yeast is specifically grown on top of these small rice cakes made from red rice,” explains Jos Zonneveld, owner of By the Dutch, a brand that boasts two batavia arracks in its portfolio. “That is creating the flavour profile [of the spirit], all kinds of different esters and funky flavours.”

Batavia arrack is pot distilled, and then aged or rested, “but it is not traditional to do so beyond 24 months and the traditional wood used is teak, so the flavours you will commonly experience are powerful, bright, raw, dry and young,” says Sam Jeveons, co-founder of Indonesian rum brand Nusa Caña.

The Dutch, who started colonising Indonesia in the 1600s, exported the spirit, which gained its luxurious reputation in the 1700s, sometimes commanding prices double that of cognac.

Batavia arrack is nicknamed the world’s first luxury spirit, revered as it was in the 17th and 18th centuries for its heady flavours that made a delicious bowl of punch. Yet today, the spirit has diminished to virtual anonymity. So what happened to this category?

“Sadly it has never enjoyed the supporting (drinking) culture from its indigenous home, Indonesia,” says Jeveons. “The religious Muslim faith of Indonesian rule regulates the production, promotion, export sale and consumption of alcohol, including batavia arrack, stopping the spirit from being woven into the fabric of its society and culture, as we see with tequila from Mexico or rum from the Caribbean.”

In fact, as Zonneveld explains, batavia arrack is actually classified as a medicine, while the distilleries are called pharmacies: “They basically look like a regular office building, but they are actually a distillery in the back.”

Given the difficulties in terms of producing alcohol in a Muslim country, and the contemporaneous lack of awareness of this spirit, there is sadly very little on the UK market. By the Dutch, distributed by Astrum Wine Cellars, boasts two variants, a White and an Aged batavia arrack. 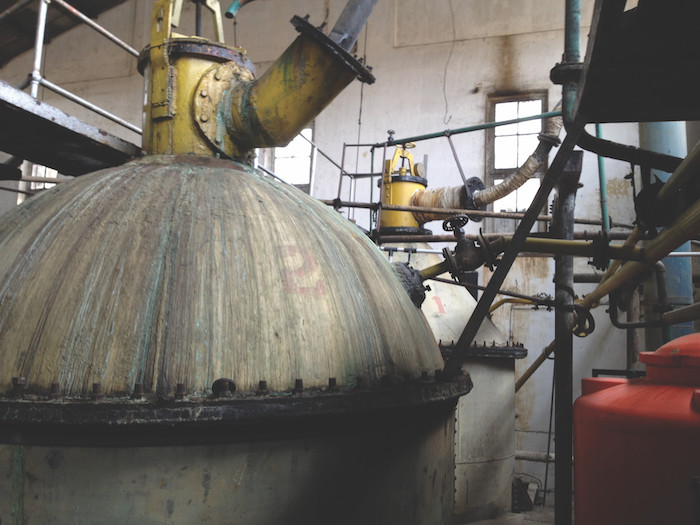 The Aged is a blend of three, five and eight-year-old spirit that has been aged in ex-bourbon and ex-wine casks in Amsterdam. Its aroma has a grassy heart overlaid by subtle layers of honey, cinnamon, caramel and cocoa nibs. Flavours of flamed orange zest, caramelised pineapple, fresh coconut, preserved lemons, wood shavings and sweet spices complete the picture.

Indonesian rum brand Nusa Caña (distributed by Ten Locks) recently launched a limited-edition batavia arrack expression called Godfather, giving a nod to its reputation as the ‘godfather of the rum world’. A 100% pot still batavia arrack that’s aged for 24 months in teak wood, and coming in at the more traditional 60% abv, this spirit certainly packs a punch.

A nose of overripe banana and cantaloupe melon, mingling with a whisky distillery’s mash tun room, lead on to a no-holds-barred bastard lovechild of white dog and agricole rhum – flavour-wise, not literally. There’s a cereal core to the flavour, overlaid with a drizzle of honey and more melon. There are plans afoot to include this spirit as a permanent expression of Nusa Caña’s range.

He also points to the spirit’s recent history of being used as a flavour enhancer in the chocolate, pastry and tobacco industries to help emphasise rich, earthy flavours: “This lesson can be considered when thinking of batavia arrack as a modifier or split base spirit for cocktails, magnifying its surrounding counterparts in Mai Tais, Coladas, Zombies, Old Fashioneds, Espresso Martinis, Negronis and more.”

A versatile spirit, then, that’s perfectly poised to help fire up your creativity behind the stick.