On and off-trade? Increasingly it's just trade
by Pete Brown / 21 September, 2020 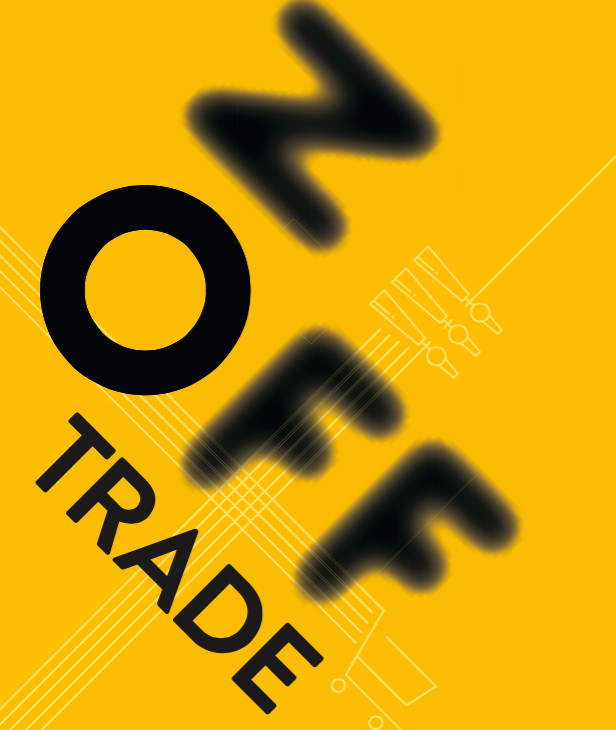 The on and off-trades aren’t two neat halves of the drinks market anymore – the blur between them has never been clearer, says Pete Brown

Whenever we next see the figures, the headline is going to be that lockdown spurred a massive shift from on-trade to off-trade. The anecdotal evidence has been piling up since March, and the big winners are beer and cocktails: searches for cocktail recipes topped Google rankings, while beer sales in supermarkets soared. But to what extent is the on/off split still a useful metric?

Even before lockdown, in the beer world we were starting to see a blurring of categories, or at least a dramatic shift in what comprised them. When we think of the on-trade, we think of pubs, restaurants and bars, but it’s much broader than that now. I guess micropubs still count as pubs, but they are owned and run in a very different way. Craft breweries in the UK tend to follow whatever is happening in the Unites States and, for a few years now, all the growth there was in brewpubs and taprooms. As the craft beer market gets more crowded, with the growth in the number of breweries far exceeding the growth in demand, a sales outlet you own directly guarantees enough volume to keep the place ticking over and means you have to spend less time fighting for limited slots on pub bars. Taprooms were starting to become a key feature of microbreweries across the UK.

When lockdown hit, it exposed huge differences between the haves and have-nots on the beer scene, introducing new problems but also accelerating pre-existing trends.

Pubs, bars and taprooms that could offer growler refills – a common feature of taprooms – or promoted other forms of take-out sales had a better lockdown than those that did not. A warm spring saw people buying pints in sealed containers from the pub door and taking them to the park, or even pubs doing home deliveries. Local to me, the Clarence Tavern in Stoke Newington, north London, reopened under new management a week before lockdown, and quickly adapted by opening a deli in the entrance to the pub. Two months after pubs were allowed to reopen, you still have to walk through the deli to get a seat inside.

The most brutal divide was between those breweries with access to a canning or bottling line and those without. Most brewers who relied entirely on draught sales to pubs were forced to shut down completely, while those who could package their beer had a lifeline.

Internet home delivery had been another growth channel, along with taprooms, and now it came into its own. While those punters who were able to grab Ocado slots may well have found themselves drinking more macro beer due to its dominance of supermarket shelves, those who were frozen out turned elsewhere. In late March I was inundated by friends who had never bought craft beer before asking me which local breweries they should try, and I was able to direct them to websites such as beerishere.org, which links to local breweries by postcode and gives details of which ones do off-sales and which deliver. Vans that had previously delivered casks and kegs to pubs were now dropping off cases of beer on doorsteps, sometimes mere hours after they had been ordered online.

All this created some odd dynamics as lockdown played out. I spoke to one large craft brewer in July who reported that they were selling significantly more beer than the same time last year, but were making much less money from it, because most of their beer was now going through supermarkets, which yielded a far lower margin than pubs. A few days later, I spoke to a smaller brewer who has experienced the opposite: they were selling significantly less beer, but because they were selling it all directly to the consumer, as a business they were keeping all the margin and therefore making more money.

As lockdown eases, this is all going to prompt some soul-searching about the best way to conduct business. Pubs and bars enjoy the dubious pleasure of topping lists of places we want to return to as things get back to normal, and places we feel most nervous about returning to until they do. Then there’s the prospect of “bill shock” – after months of buying direct from the brewery (or learning how to make our own cocktails) we’ve gotten out of the habit of paying six quid for a pint, or a tenner for a fancy G&T.

It’s official now that the hospitality industry was savaged by lockdown more brutally than any other, and the on-trade has taken the full force of that. But in the same way that Zoom has redefined the concept of meetings for millions of workers, Covid has accelerated a trend whereby “on-trade” and “off-trade” are no longer two neat halves of the drinks market: one blurs into the other, and there’s an increasingly grey space in-between.