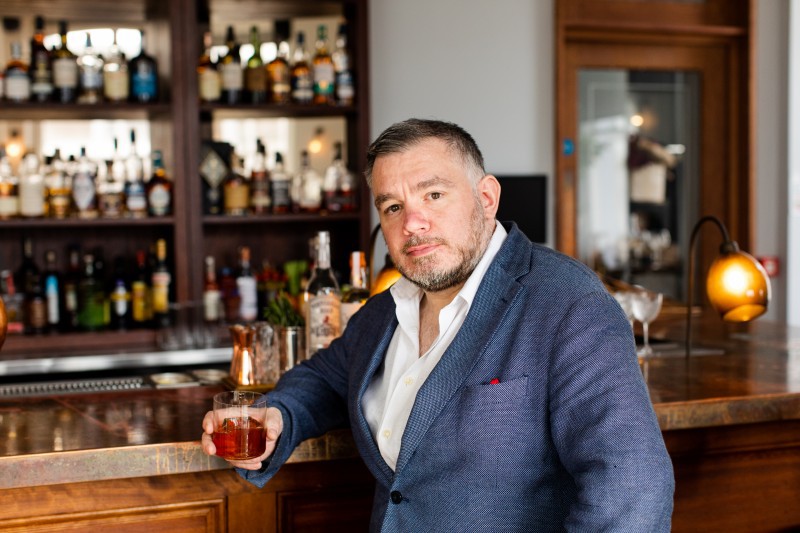 One of the faces to have featured most in Class over the years is Jake Burger. We hear from him about how the magazine shaped – and was shaped by – his career.

It’s hard to overstate how important Class was in those early days of the modern cocktail revolution. Until Class came along there really were very few resources available to your average northern English bartender: the occasional glossy magazine column from Dick Bradsell, a hundred words a week from Ben Reed in The Times, and a dog-eared copy of the TGI Fridays specs passed around among a small band of Leeds bartenders like an illicit high school jazz mag. The internet existed – but only just – and it wasn’t really geared towards bartending.

So when Class came along it was a revelation. I don’t remember quite how early the magazine came to my attention. I’m pretty sure I missed the first few issues but I do still have a bag full of musty old issues, the oldest of which seems to be from 1998, so I guess I was a fairly early adopter. I did later see a copy of that very first issue, the way the cover was laid out with the logo made it look like it was called C Ass magazine – the first few purchasers were probably disappointed in its paucity of ass photos.

I used to read the magazine avidly, from cover to cover. In the early days my hunger for knowledge was certainly well fed; finally, well-written and researched articles about spirits and cocktails, and the discovery that there were other people out there who were interested in this stuff, and who knew lots about it. Later on, the narcissist in me enjoyed the taste of small-scale fame that a mention in the magazine afforded.

I used to enter a lot of the competitions in this era, I even won a handful of them, and these would always be covered. It undoubtedly helped me build my reputation within the industry and aided me in my career development. Even if it had been a quiet month on the competition front there was always the Classmates page – which you could rely on to feature a picture of you stumbling out of LAB or drinking cognac on a coach or falling asleep in a toilet or some such.

Over the years, various editors persuaded me to submit the occasional article, but my allergy to deadlines and my inability to write articles that will fit on one page meant that most of them, understandably, gave up on me ever becoming a regular contributor.My own fault, but something I regret, as even today – with our multitude of platforms – I think it remains one of the best places for sharing knowledge and opinion.

The industry wouldn’t be what it is today without the 25 years’ long influence of Class magazine, and long may that continue.