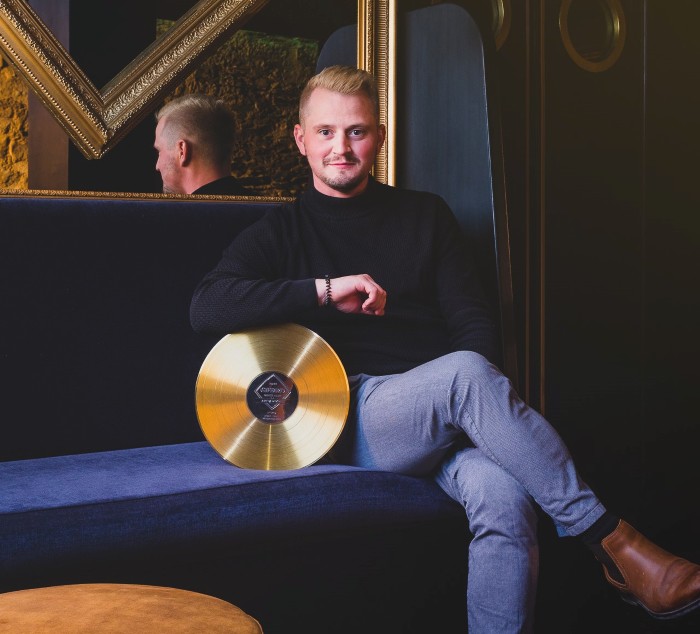 Benoit Bouillard, winner of the Giffard West Cup 2022, says that the competition could make a “huge” difference to his career behind the bar.

Bouillard from Monsieur Moutarde in Dijon, France, won the 25th edition of Giffard’s cocktail competition last month and as a result he will now embark on a series of bar takeovers in a country of his choice.

“Winning the competition means so much because I really wasn’t expecting it. To beat so many great bartenders is amazing and the bar takeovers could be huge for me,” Bouillard told Drinks International.

The Frenchman beat 17 other bartenders over a two-day global final held on 26-27 September at the original distillery where Emile Giffard began making liqueurs in 1885 in the centre of Angers, France.

The first of two challenges set for the finalists was called ‘Clarity’, which saw competitors create a drink using Giffard’s flagship liqueur Menthe-Pastille. Bouillard’s Menthe Pompon used a combination of mint and mustard to represent both Angers and Dijon, which impressed the judges in round one.

The second challenge, called “Listen to the Flavours”, tasked the finalists to create another drink using the Giffard range which this time was inspired by music and life behind the bar. Bouillard’s drink, Le Rouge aux joues, once again pleased the judging panel which featured industry legend Simon Difford.

“I didn’t expect to win because I thought my first presentation didn’t go so well, but then I relaxed for the second challenge and thankfully the judges liked it. Overall I liked the layout of the final because it challenged me in lots of different ways, and at my bar we’ve always used the premium Giffard liqueurs.

“Being a French brand makes it extra special because we’re proud to work with the products behind the bar.

Guan Yi Lee from Taipei City was runner-up while Davide Barbieri of Torino completed the podium at the 25th edition of the competition, which began as a local competition back in 1997.

Prior to arriving in Angers, the 18 finalists took over the Giffard booth in the Cocktail Street at Whisky Live Paris on 25 September and after the final, all 18 bartenders took a tour of the Giffard facilities to further understand the processes involved with making Giffard liqueurs.