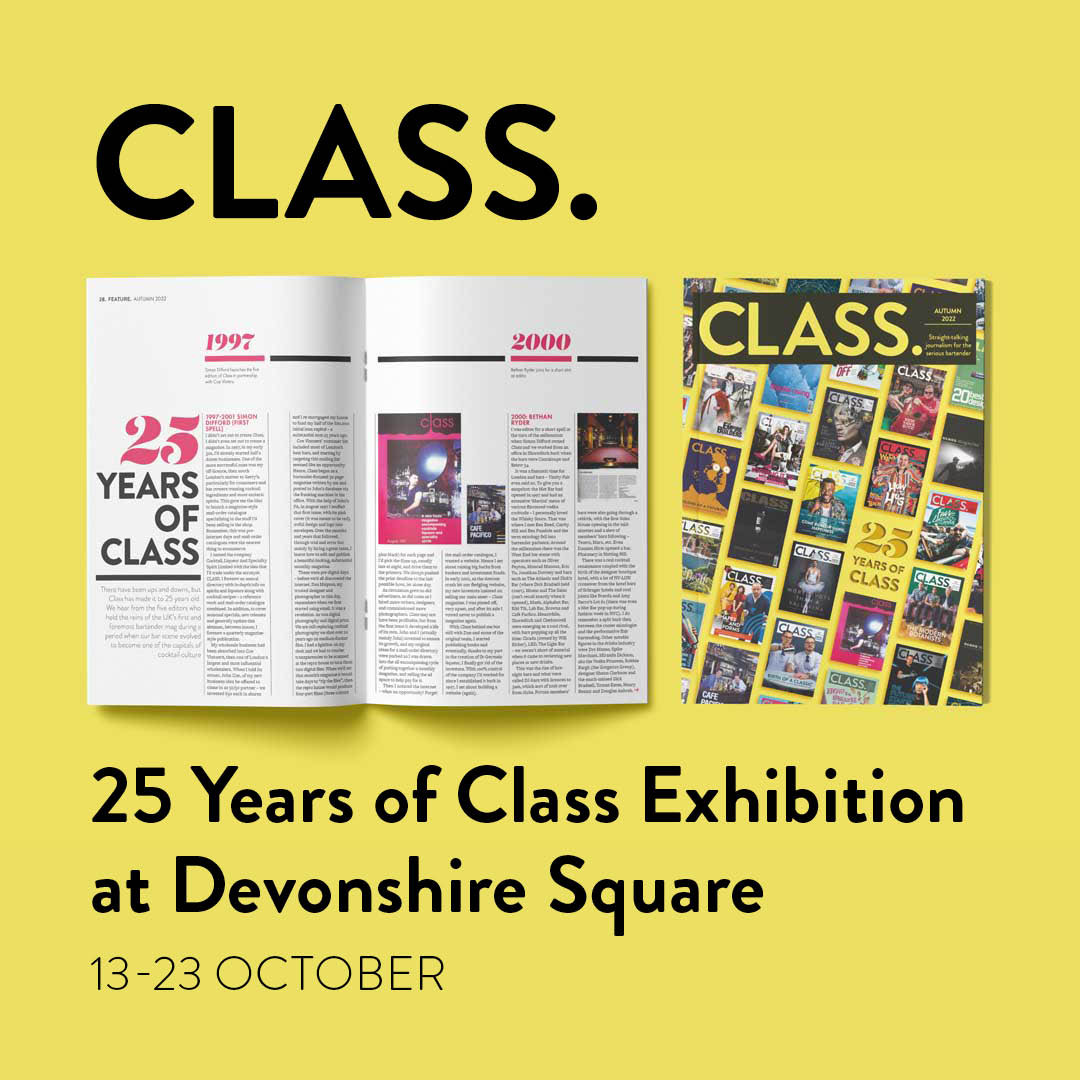 CLASS opens its showcase of 25 years of the magazine today at the Little Cocktail Village in Devonshire Square near Liverpool Street.

The exhibition features highlights from over the years, with the behind-the-scenes stories of Class’ covers and articles.

Class has also laid open its archive, allowing LCW visitors to pick up copies of the magazine to fill any holes in their collection.

Hamish Smith, editor of Class, said: “There’s so much going on at the Devonshire Square Cocktail Village, so if in you’re in the area pop in to our exhibition, where we celebrate 25 years of Class.

“It’s been quite a journey over the years, with five editors, four publishers and a word count well into the millions – we feature the best of it over the next ten days at our exhibition. And if you’re missing any mags, feel free to pick up a copy or two.”

A two-minute walk from Liverpool Street station, or ten minutes from Shoreditch, 25 Years of Class is located in the ground floor event space previously occupied by Planet Organic.

All Little Cocktail Villages are free entry and wristband wearers are entitled to £7 cocktails at associated pop-ups.