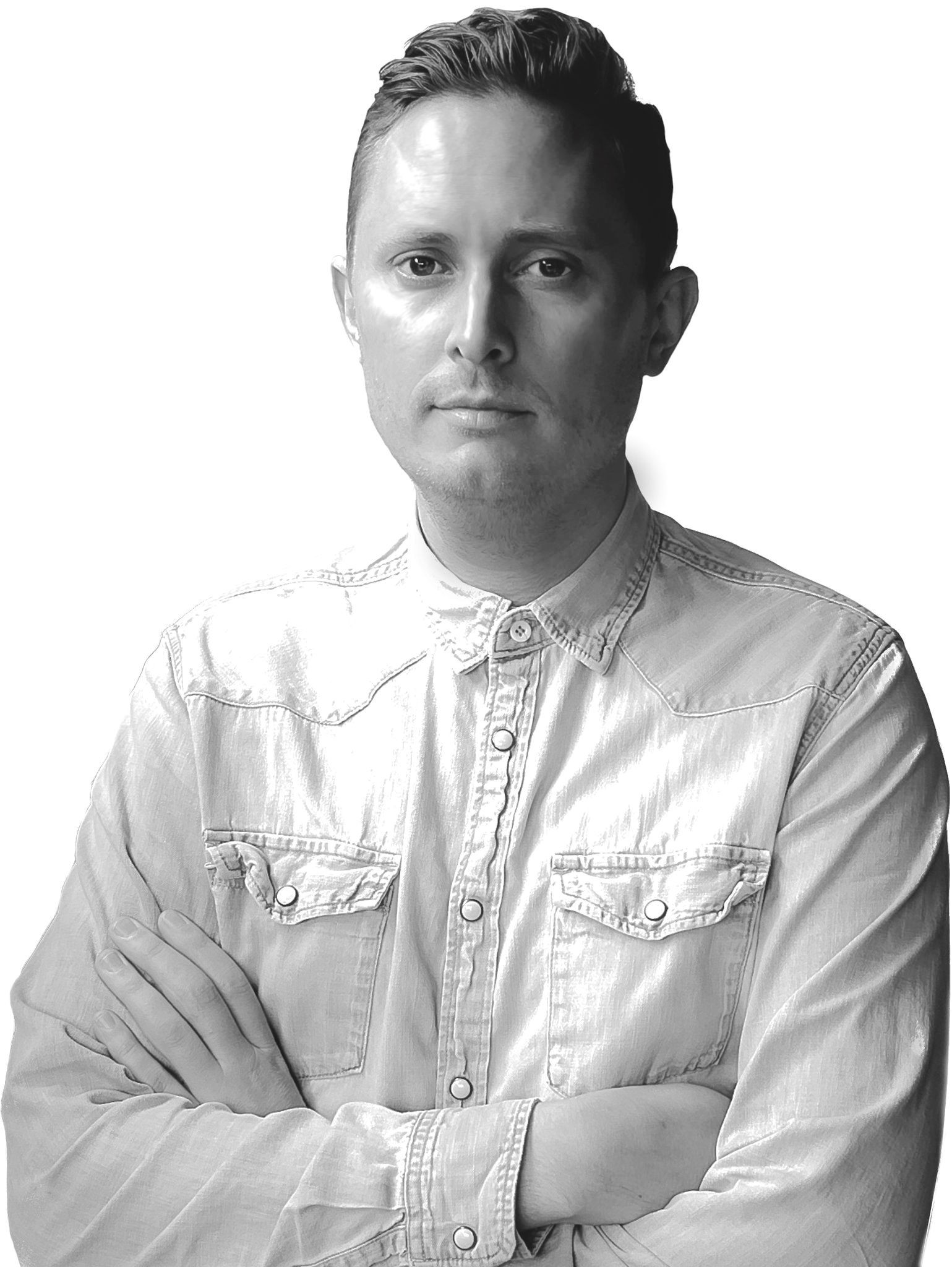 After Simon Difford's second spell as editor and publisher from 2009-2014, Class lay unpublished for two years - until Agile Media relaunched the title in the autumn of 2016. Present editor Hamish Smith completes the story.

In 2016, I was bursting at the seams to edit my own magazine and Class, newly resurrected by Agile Media, dropped out of the sky into my hands. That autumn was my last edition as editor of The World’s 50 Best Bars, which crossed over in the other direction. Though not without a little overlap – for my first edition of Class I was still the editor of 50 Best and bars editor of Drinks International. If I ever thought I could handle all three, I was quickly corrected.

The relaunch team comprised publisher Justin Smith, myself as editor, Daisy Jones on the commercial side, James Down on design, Jaq Bayles as sub editor and Angel Brown who joined as editorial researcher and now runs the magazine's social media. Though steeped in history, Class was more of a blank canvas than you’d imagine – not least because at first we had little to no archive of previous issues. I knew, of course, of the magazine’s reputation as fiercely independent – and this above anything else was where I wanted to tie the knot between Class’s past and present. So, from the outset, and swimming against the currents of publishing trends at the time, we focused on creating a magazine that bartenders, not advertisers wanted to read. Our sales team were in the business of selling the product, not its contents – a positioning that my now partner in crime Donna Callaghan got behind instantly and has made viable over the past five years.

Editorially though, Class did have to evolve. For all the knowledge imparted and careers shaped over the years, Class had mainly lived a charmed life in a world where bartenders would pay for magazines and the internet was a curiosity not a competitor for their attention. Under Simon, the magazine had been more drinks-focused – an encyclopaedic guide to bartending, while under Paul Wooton, it evolved to be more current affairs and campaign led. Tom Sandham, ever the method actor, was probably as entrenched in the industry as any editor has been – his magazines, full of the stars of the bar, reflected it. Now, with vast resources of information and social media connecting the community, Class couldn’t be any of these things in isolation, but could pull a little on all of them.

My opening thought was that people do judge a magazine by its cover, and that, in a crowded media space, is where we could stand out. In the age of stock photos for every occasion, we brought back cover shoots and commissioned artists’ illustrations. 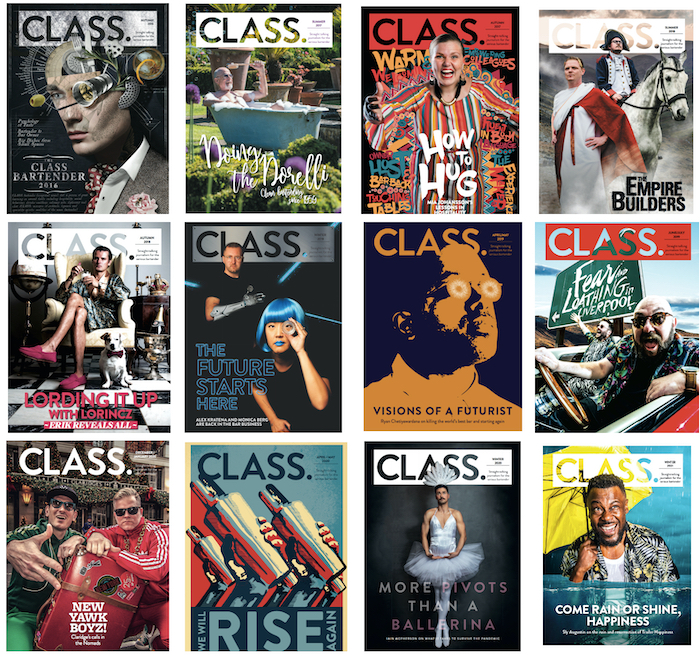 Just before Brexit, #metoo, BLM and the pandemic – these were simpler times getting more complicated, and our covers and articles evolved accordingly, always attempting to be funny or impactful while making a point.

You might remember our great campaign aimed at bartenders to live more cleanly, dubiously conveyed by a cover shot of Peter Dorelli scrubbing himself in a bubble bath. Soon after we did a business-based issue, focusing on the success stories of our industry. On our cover were the bar empire builders, Lyndon Higginson dressed as Napoleon and JJ Goodman as Julius Ceasar – mounted on horses. Like many of our shoots, things went south. Goodman’s horse wasn’t so into the idea, and charged around the field in circles until he threw himself off. A few years later Iain McPherson posed as a ballerina to highlight the contortions and pivots that the wider bar industry was making during the pandemic. I’m not sure who was more surprised, the reader or McPherson’s tweed tailor, who was put to work on a polyester tutu. More recently, and following the flood at Trailer Happiness, I had the honour of pouring water over the head of Sly Augustin, who sat on a stool in a large bucket. There’s only one thing worse than silly ideas – silly ideas with follow through.

Our articles have broadly fit into four camps: honest and independent reviews (of bars and sometimes products) – something of rarity in this cheerleading age; comment pieces by leading voices of the industry; interviews with leading lights; and features about bars and drinks culture. They are written by a shifting pool of writers, allowing us to track with industry trends and hear from the people at that moment at the precipice. I put a lot of the success of Class down to our revolving bevy of industry writers. With a free hand, they have helped to shape a magazine full of original thought and guided this latest generation of bartenders.

Everyone had a pandemic project and in early 2021 – not before time – we launched Classbarmag.com, which is now home to daily news, analysis and the articles of our magazine. It’s a full-on job managing the two platforms, with events thrown in, but we now have a part-time reporter in Oli Dodd and a settled team at the helm.

It’s been a great privilege to be editor of this magazine over the six years, and occupy the same seat as the great editors who came before me. At the same time – and this milestone apart - we don’t spend a lot of time looking backwards. In this game, it matters little what you did yesterday. We’re thinking about Class of tomorrow.