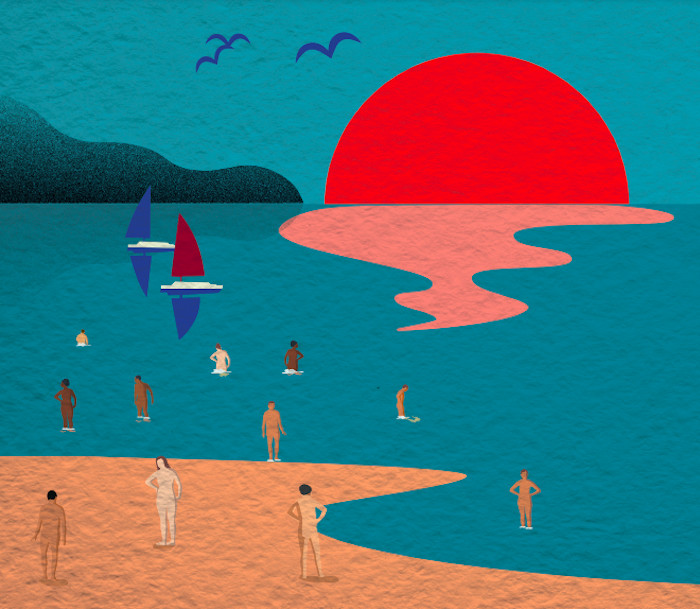 Hospitality is facing a sink or swim situation thanks to the dangerous economic situation. Edmund Weil predicts profits will have to be sacrificed but the storm will pass and better times will come.

In the summer edition of this magazine, I wrote enthusiastically about opening new bars. I sensed the whiff of opportunity in the air as the bar industry shrugged off the straitjacket of Covid restrictions and seemed ready to race away from the doldrums of the pandemic.

I’ve also put my money where my mouth is: by the end of 2022 I will have opened two new bars. It’s always been my philosophy that when a great opportunity presents itself – whether it be an employee, and investor, a site, or whatever else – it should be grasped with both hands.

In hospitality, such opportunities tend to be few and far between, and taking them can supercharge the growth of your business. On the other hand, even as I wrote advice to would-be bar entrepreneurs, I felt the ghost of a knot in my stomach. After the euphoric post-pandemic rush back to bars and restaurants, the current outlook is… complicated.

As anyone with even half an eye on the headlines for the past six months can tell you, there’s a storm brewing in the global economy – one that will be exacerbated in the UK by the ongoing issues with Brexit, and the theatre of the absurd currently gripping our ruling party. Already, bar businesses are seeing their margins squeezed by rising input costs and wages, while competing for the reduced spending power of a public whose disposable income has been hollowed out by inflation and who have spent the past two years getting used to drinking at home. And the generally accepted consensus is that things will get worse before they get better.

Although we’re unlikely to see a repeat of a ‘great recession’ in the vein of 2008-2010, the combination of a stagnant economy and swiftly rising inflation threaten a similar or even worse effect on living standards. Warren Buffett’s best-known quote is on how recessions expose businesses with weak fundamentals: “Only when the tide goes out do you discover who’s been swimming naked.”

Economic cycles dictate that operators will have to deal with a recession every eight to 10 years; longer than the lifespan of many bars. What makes our current situation unique is that in the form of the pandemic, hospitality has only just exited its own great recession. To elaborate on Buffett’s metaphor, as an industry we’re floating in the middle of a riptide. In anticipation of such tidal forces, my thoughts as an operator turn to how to emerge with my modesty – and my business – intact.

This situation will be a first for many bar owners, myself included. It’s not going to be easy, but the outcome I fear the worst is the race to the bottom scenario. In the face of cost pressures and price competition in pursuit of reduced spending power, there will always be a temptation to compromise on the quality of product and service to stay profitable.

It’s a slippery slope that leads to a dumbing-down of the hospitality industry, as well as a chasm of inequality in terms of access to good drinks and service. I’m just about old enough to remember the time that the only place you could be assured of a great cocktail was a five-star hotel bar where the price of a drink was the same as two hours’ pay. I don’t want to go back there.

How, then, does a bar operator unwilling to make unsavoury compromises continue to profit and prosper through what’s coming? I’ve done a lot of soul searching on this matter, and have concluded that I’ve been asking myself the wrong question.

The question should rather be how do we maintain the standards and the quality of what we do? This will mean sacrificing profits in the short term – we’ve revised our financial goals for the next two years to cash break even – because as surely as a storm is coming, so it will pass. And with the passing of the storm will come better times and new opportunities. So hunker down, show people a good time, and stay true to the values that brought us into this industry in the first place.