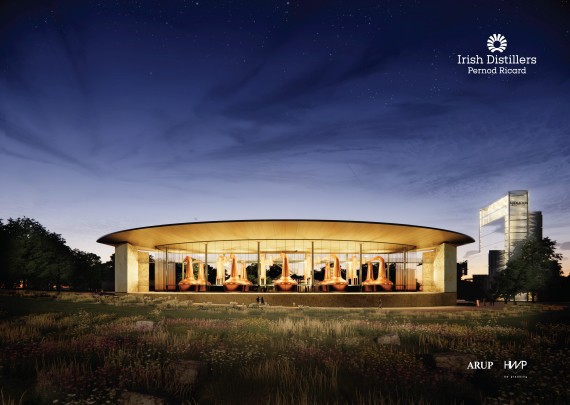 The new purpose-built facility will be situated on a site adjacent and connected to the existing Midleton Distillery and is expected to be operational in 2025.

“At Irish Distillers we are always planning for the future growth of Irish whiskey and today is a momentous day for Irish Distillers and the team at Midleton Distillery as we announce a €250 million investment plan to deliver a new, state of the art distillery in Midleton, Co. Cork which will be a carbon neutral operation,” said Nodjame Fouad, chairman and chief executive at Irish Distillers.

“We are immensely proud of the continued strong performance of our full portfolio of Irish whiskeys, led by Jameson which sold over 10 million cases in our 2022 financial year.”

The new distillery also promises to bring up to 100 new highly skilled jobs to East Cork.

“Irish Distillers has played an integral role in the development of the industry,” said Taoiseach, Micheál Martin TD.

“Whiskey has been distilled in Midleton for nearly 200 years, and the €250 million investment will deliver hundreds of more jobs into the future, both during construction and once the distillery is operational.

“Today’s announcement is an extremely positive development for Midleton and the wider region, and will further solidify Midleton’s reputation as the home of Irish whiskey.”