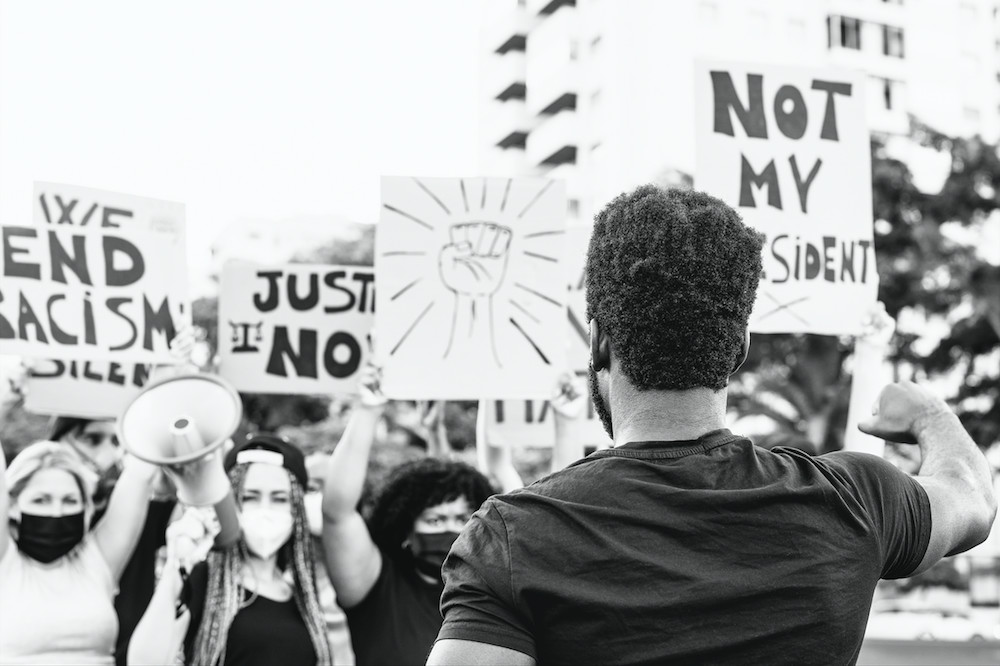 Every 24 hours Earth rotates, moving at just under 1,000 miles per hour. It sometimes feels like we’re moving that fast too - pre-occupied with our busy lives, we miss things in the blur. But the global pandemic slowed our world down. Everyone has a story or has picked up on an issue they never knew existed, or were too busy to notice pre-lockdown. The tragic death of George Floyd was one of these issues. He was not the first black man to be unnecessary killed in the manner that he was, nor will he be the last, but what was significant about this particular incident was that the pandemic had brought the world to a near standstill. We had time to see this event for what it was. The regularity of this type of happening was no longer part of the blur.

George Bernard Shaw said: “Progress is impossible without change, and those who cannot change their minds cannot change anything.” The world had definitely changed. Anyone with common sense knew that for all lives to matter, then black lives had to matter too. These conversations about the treatment of black people – often uncomfortable – were long overdue. They naturally led us to the rum industry’s door.

As we know, rum was built on the backs of trans-Atlantic African enslavement. But the fact that rum is made from sugarcane, and sugarcane was one of the most important cash crops for the European colonisers, means sugarcane distillates will always have a dark past that many would be happier to sweep under the carpet.

So, it is not surprising that Maison Ferrand’s Plantation Rum decided to take stock of the world situation and make a public announcement that the name is no longer appropriate – particularly for a brand that seeks to appeal to a global, diverse audience. Some will say: “Plantation is just a word, not an endorsement of slavery.” They would be partially right. But rum is directly linked to the enslavement of Africans by European colonisers and Plantation is a rum brand. Perhaps the question is: “Why would you want to associate your brand with a rum plantation, which bore some of the most inhumane working conditions in the history of the world?”

Another brand that was studied through the pandemic lens of racial insensitivity was Ron Esclavo (Slave Rum). For a few years this brand, created in Denmark, went unchallenged – bar a few concerned bartenders and rum ambassadors – as to the insensitive name it sells its rum under. Its story was that it wanted to pay homage to the slaves who made rum in the past, but to many this felt like another form of exploitation. At the very least it appeared a very poor marketing decision to want to associate a brand with the brutal exploitation of those who died in the rum-making business in order to create wealth for those who were emotionally disenfranchised from the enslaved.

This is not the first time a rum brand has seen fit to change imagery that may have seemed suitable to some at the time, but through a corrected world is no longer appropriate. In the 1980s J Wray & Nephew created its iconic Appleton Estate range, which was set to educate spirit consumers that ‘premium rum’ was not an oxymoron. For several years the Jamaican rum was served with impunity across international markets. But in the late 1990s the company decided to “tweak” its famous label by omitting an image of a black man with a horse and cart of barrels on a rum plantation. It felt that images of servitude no longer had a place on a bottle of rum – and that we should be focusing on what the sons and daughters of an enslaved workforce are producing today, rather than exploiting, through imagery and names, what their forefathers were forced to do in the past.

Both Plantation Rum and Slave Rum (Run Esclavo), in my opinion, have made the right decision to change their names. It’s not easy to rename your brand after several years of trading, but it shows that we as a rum industry are at least in some respect heading in the right direction.

However, it is also time for some larger companies to rethink their branding. Rhum Negrita (Black Girl Rum) has sold millions of bottles that display imagery and a name representing outdated ideologies, which perhaps are still acceptable in its key markets of France and Spain. It feels like some rums’ branding is a throwback to the days when brands clearly did not care about who they offended – a 1950s world in which brands such as Nigger Rum existed. Back then it was seen as okay to depict the caricature of a black person to legitimise your Caribbean rum brand – for the Caribbean was where black people were from, right? This kind of representation may not always be explicitly nor intentionally racist, but much systemic racism isn’t.

Thankfully, parts of our spirits industry are moving on from outdated ideologies. It’s about time – we would not stand for a brand that gender stereotypes, so why should we accept brands that racially stereotype? In the future, some of these brands may employ enough marginalised people in their decision-making process to arrive at the right marketing choices. One thing is sure in life: progress is impossible without change. So let’s hope that when the world returns to normal speed, our pandemic lens is still focused on the positivity that recent change has ushered in.