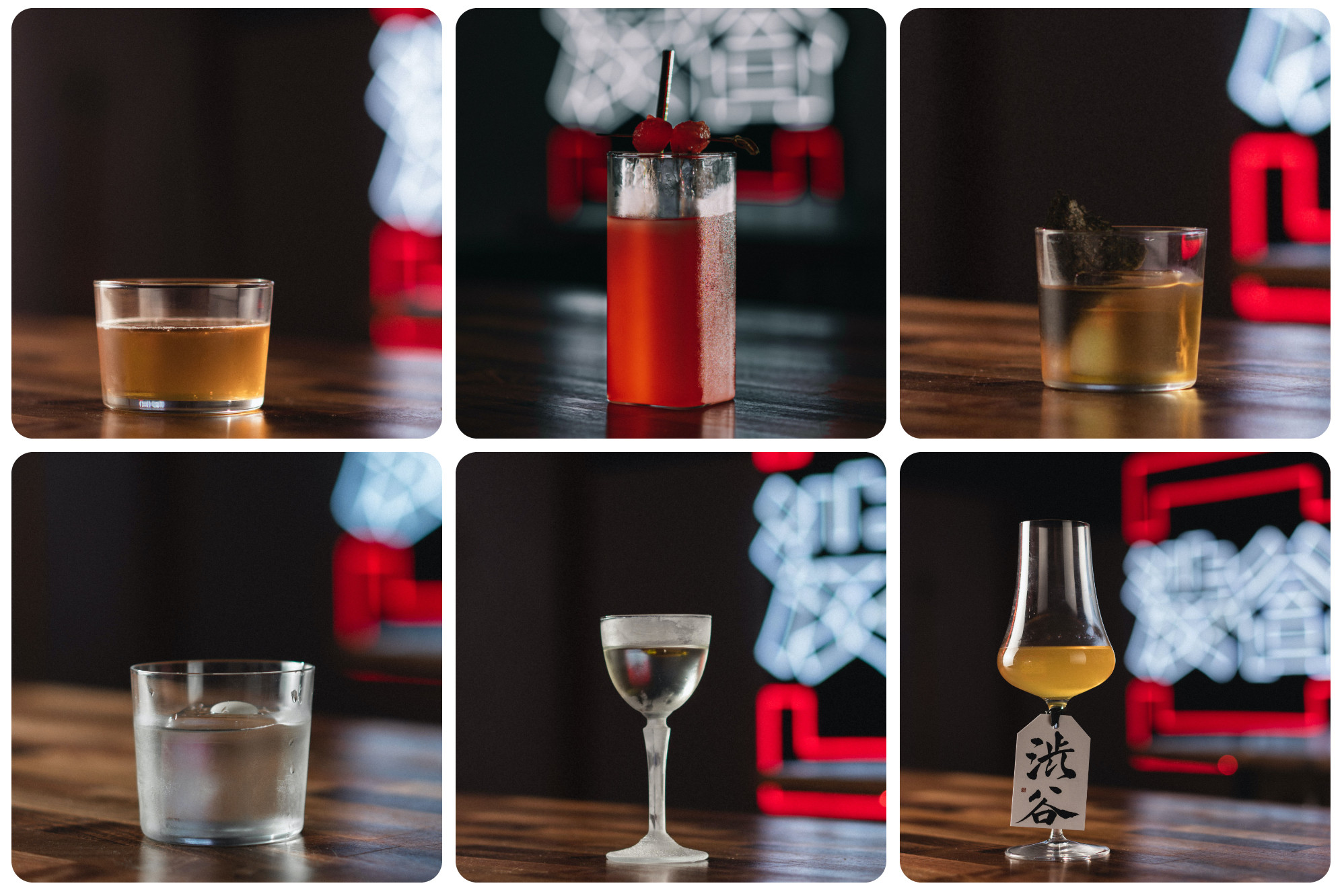 A few brave operators have tried their hands at drinks tasting menus, but the concept is a tricky one to pull off. Ellen Manning investigates

In the world of food, there’s a tasting menu on every corner, but for drinks, less so. There are a few – Tokyo’s Gen Yamamoto, for example, while Scout has also offered cocktail flights. But they’re not common. Except, perhaps, in the Midlands, where drinks tasting menus may have found their spiritual home. First was Robert Wood through Smultronställe, his now-closed 10-seat hidden bar in Birmingham. Loic Cretel, director of the drinks programme at foodie estate Hampton Manor, offered a cocktail tasting menu last year. And recently Pineapple Club owner Sam Boulton opened Japanese-inspired Shibuya Underground offering a six-chapter cocktail experience (pictured) and six-course sake experience.

For Wood, whose previous projects also included 18/81 in Birmingham, a tasting menu-only venue was a natural progression from cocktail flights that had previously proved a hit with customers. In his view, taking customers on a journey through drinks that are “curated, rather than chosen” makes sense in the same way food tasting menus do. “I’ve seen people order a Brandy Alexander alongside a cheese board followed by a glass of champagne – people order in disastrous ways. But when you go to a restaurant your menu is broken up into starters, main courses and desserts. And in the world of high gastronomy, there’s this idea of a series of dishes in this very particular order taking you from one destination to the next, creating a narrative. That to me was very interesting.”

For Boulton, it’s about offering a different kind of experience. “We want to provide an enhanced drinking experience, taking the idea of a bar away from getting drunk and giving it more of a memorable, lasting experience.” That isn’t just about drinks as individuals, but the way they work together on a menu. Themes help, he says. His is Japan, while Cretel’s Hampton Manor menu was based on the life of a plant, building from seed to fruit in theme, reflected by changing flavours, through different courses. For Wood, the ability to address different flavours and elements in each course, rather than amalgamating them in one drink, adds a dimension. “In a tasting menu, you might have a dish that is just a smash of umami because the next is something light and fresh. That’s interesting for me because maybe I don’t have to traditionally balance a drink, I can give you something that is a single format because I have you for the next six drinks.”

But if tasting menus are so great, why aren’t there more around? Wood admits that while Smultronställe was successful in the time it was open, having tasting menus as a sole offering can be a tough sell. Boulton agrees. “The issue with a tasting menu is making something for everyone,” he says. “We have messages from people asking us to remove something or change it but we say no. We don’t adapt the menu.” Instead, he sticks to bookings only so he can have conversations with people up-front about their expectations.

There’s also cost and other commercial factors to consider, says Andy Styles, events director at UK drinks and events agency The Cocktail Service. “Customer perception around the cost associated with purchasing several drinks is a sticking point for many on-trade venues.” He also refers to the “psychological cost’”, with tasting menus seen as a luxury during an economically challenging time, and sitting at odds with a shift by many to a more mindful approach to drinking.

Despite challenges, nobody’s saying tasting menus can’t be a hit. Boulton is buoyed by early popularity, but has carefully considered some elements – like the provision of two menus, cocktails and sake, priced at £40 for six courses, to offer an element of choice. He is also careful to make sure the volume of drinks isn’t leaving his audience too drunk to appreciate their experience, carefully balancing how much alcohol is in them across the whole menu. It’s a tactic Cretel adopted in his menu, saying: “I think each guest in total had about five shots of 40% alcohol throughout the six drinks. If you do six full drinks per person they’re not going to come back – or they come back for the wrong reason.”

And for Wood, now bar director at Birmingham’s The Wilderness, tasting menus are still on the agenda, with plans in the pipeline for his next offering. “We’re aware that having it as an offering, rather than as a sole offering, is more realistic. Wanting to have a casual, relaxed, à la carte space for people to sit and relax and not just have a tasting menu, but then having a place where people can do that, I think for us is more practical. There’s no doubt in my mind that when we offer it, we’ll be very busy with it.”